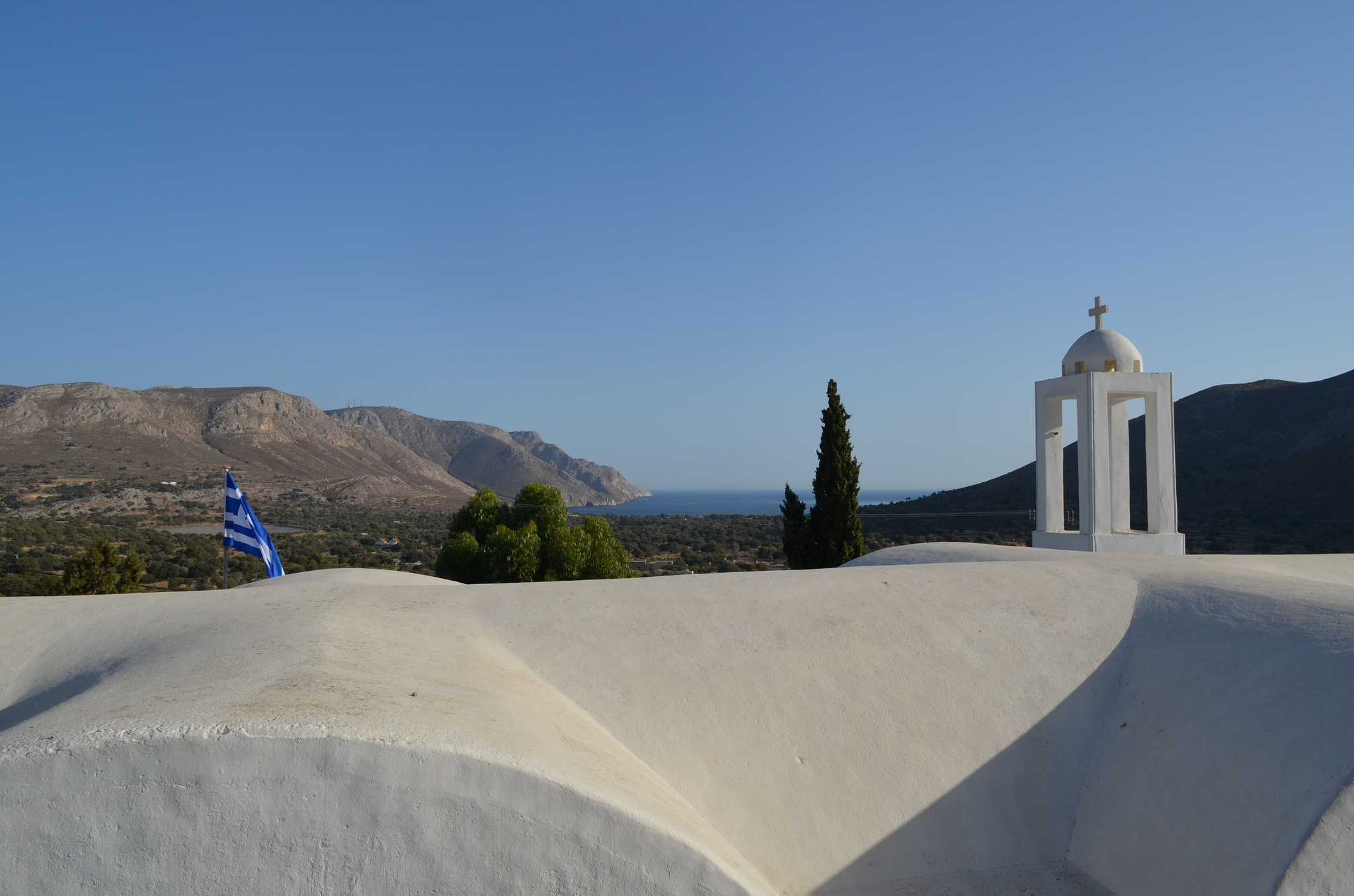 5,500 refugees, mostly from Syria and Afghanistan, have reached the small Greek island of Tilos in two years

Tilos, 60 square kilometres between Rhodes and Kos, was once home to herds of dwarf elephants. Their remains, discovered by palaeontologists in the cave of Charkadiò in 1970, date back to 3,500 years ago.

Today, six volunteers are busy 24/7 on the island – little more than a rock in the Southern Aegean, 22 nautical miles northwest of Rhodes, an hour and a half by ferry. Assisted by mayor Maria Kamma Aliferi, elected in the independent list Nea Poreia, and by most of the 600 residents as well as tourists, they face the arrival of refugees from the sea, about 5,500 in two years.

Nikos, one of the six "permanent volunteers", picks up the refugees among the waves with his boat, accompanied by the deputy mayor to represent the community. If they manage to arrive with their own means, they are picked up by a municipal van. The first medical care is provided by a doctor and a midwife of "Doctors without borders", that here in Tilos also treat locals, in the absence of a public healthcare facility.

"Until August, the survivors of the wars in the Middle East were housed in the monastery of Our Lady Politissas", tells us Eleni, the owner of a shop that sells everything that can be helpful to tourists, in the port of Livadia. "In the summer they arrived in the numbers of up to 700 a week, but they stopped five days at most, then waited for the ferry to Piraeus, where they embarked at their own expense. Now we are renovating some old barracks in a concealed area: there is only one large room, but the courtyard is really huge. So far we have managed to build toilets and showers and buy 100 camp beds".

It may look like a strange match: owner of a tourist shop and volunteer for supporting refugees. "Not so strange. We were able to buy 100 beds thanks to the very help of tourists, who on their own initiative opened the site Support the refugees on Tilos island to collect money from all over the world". There is more – many foreign campers, when departing, left tents, sleeping bags, and food to make life easier for the underprivileged arriving to Tilos from Syria and Afghanistan after long trips on land and sea. Nothing like the clashes we read about between refugees and police in the nearby islands of Kos or Lesvos, with tourists fleeing to seek other shores to enjoy their holidays undisturbed.

"The situation here is more peaceful because everyone, starting with the mayor, rolled up their sleeves and decided to welcome refugees with humanity", says Eleni.

Nikitas, 65, president of the City Council turned volunteer cook twice a day. He prepares pots of soup: side dishes are cooked by the locals or brought from the supermarket by those who, after work, choose to dedicate at least a gesture to collective effort. "For a year, we got 5,80 Euros per refugee per day from the European Union, after the cuts we have been helping out of our own pockets", continues Eleni.

Obviously, the paradise of hospitality has its cracks. "Here we never saw a refugee. But in Tilos, some of the residents complain", says the owner of the restaurant To Delfini, on the shoreline of Agios Antonios, on the opposite side of the island from the port of Livadia. Yes, because on the island, besides Livadia, there are 19 beaches – some sandy, others scattered with pebbles, a castle built by the Knights of St. John in the 15th century, and 19 frescoed Byzantine churches. The ideal setting for a quiet holiday. And yet it is the elder residents, rather than tourists, that are concerned about possible exotic diseases brought by "the Africans". Refugees are not seen around the island: they remain in the former barracks for 4-5 days, waiting for the ferry to Piraeus. "Sometimes, when they are all waiting for the ship at the port, some do complain, it's true", admits Eleni, "but in general solidarity prevails".

Michalis, owner of the island's one bakery and also "permanent volunteer" while renting a few rooms to tourists, chimes in: "Every day I prepare bags full of bread to take to the barracks. The message we want to give to our unfortunate brothers who survived the war is that here, in Tilos, they are safe". This brings to mind Pope Francis' call to the Catholic Church, "every parish must host a Syrian family". Here in Tilos, the monastery of Our Lady Politissa has done much more. When there was no more space in the two rooms smelling of incense dedicated to refugees, civil society stepped up – Nikos with his boat, Michalis with his bakery, Eleni managing her shop, elderly Nikitas cooking for everyone, the deputy mayor helping out on the boat, the mayor appealing to "Doctors without borders", and the many English, Italian, French tourists who, instead of choosing another island for their holidays (in fact, many of them have settled here once retired), set up a website to raise funds.

It may not be paradise, but it is a supportive community.

Dwarf elephants, in their cave, sleep their millennial sleep. Who knows, had they still been alive they might had been recruited by the locals to help transporting a Syrian pregnant woman or a child from the sea.