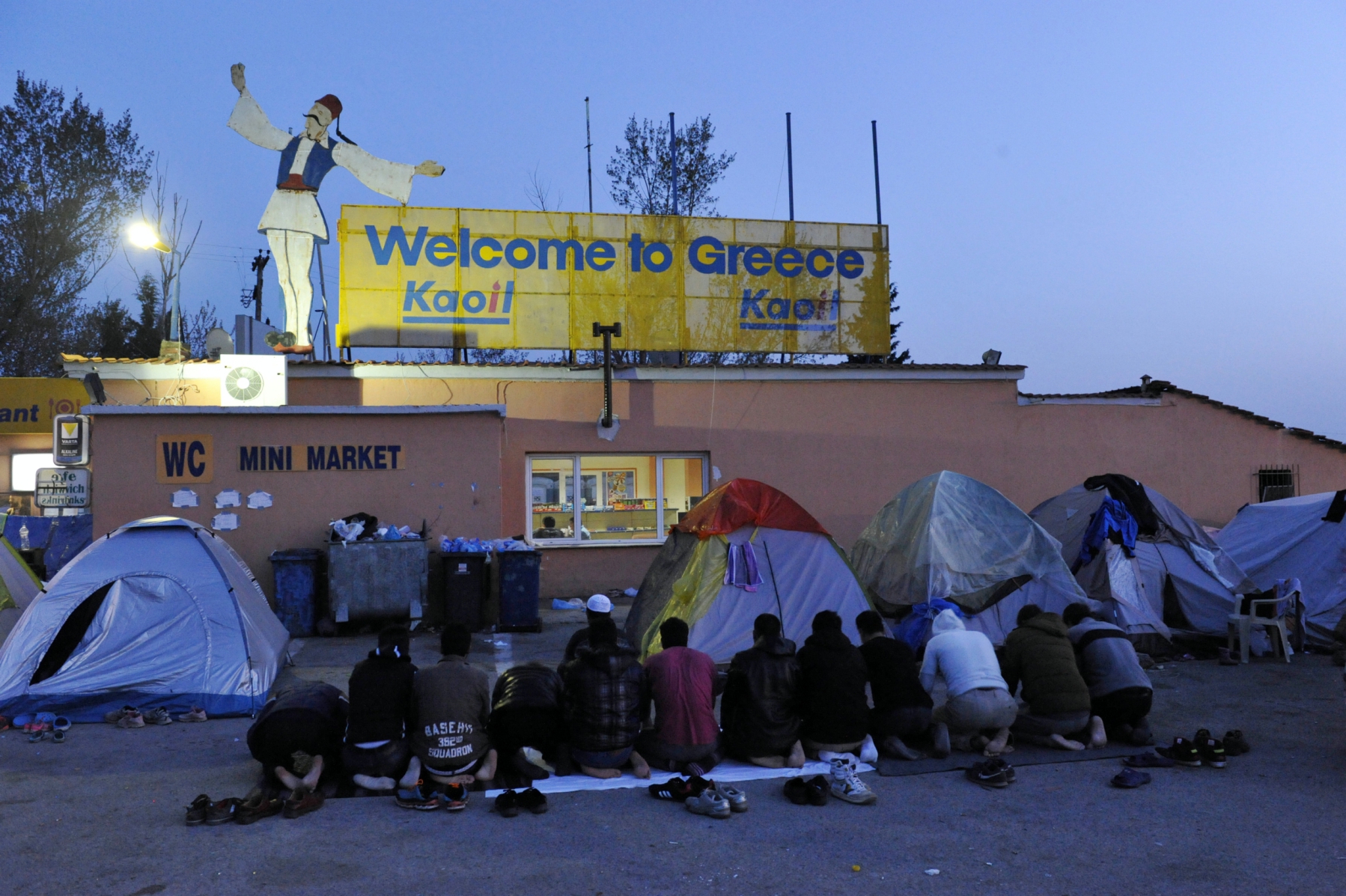 How to report on migration? How to respect the rights of asylum seekers, refugees, and minorities? The case of Greece and the proposal of the "Charter of Idomeni"

With over 1.3 million asylum applications in Europe and more than 1 million arrivals by sea, 2015 marked a sharp increase in the news on migration in Europe. Newsrooms across Europe have been faced with the issue on a daily basis.

In Greece, the EU's main destination country last year, the media are experiencing with particular intensity the difficulty of informing about the presence of asylum seekers in the country. While in Italy media coverage of the migratory phenomenon is monitored by the Charter of Rome, Greece still lacks a similar tool. To fill this gap, the Union of Journalists of Macedonia and Thrace (ESIEMTH) has recently launched a proposal to adopt the "Charter of Idomeni", a code of ethics that holds journalism accountable and at the same time promotes the protection of the rights of migrants and asylum seekers.

Several media in recent months in Greece have fuelled xenophobia and a hostile attitude towards migrants and asylum seekers.

According to Professor George Pleios, who heads the Department of Communication and Media Studies of the University of Athens, there are three different phases in the media coverage of the refugee crisis by the Greek media.

The " Charter of Idomeni" aims to:

"Taking into account the different ideological orientations as well as the distinction between press, television, and online media, we can say that the first phase, which lasted until early summer 2015, was characterised by an inadequate approach, with widespread use of terms such as 'illegal immigrants' and 'illegal' – the Greek term being latrometanastes, which has a particularly negative connotation. Ignoring fundamental distinctions as well as the rights of these people", says Pleios, "the media have fuelled fears that the arrival of people fleeing wars could spread disease, damage the image of Greece as a tourist destination and cause economic losses for the country. Not least, many people stirred scaremongering about the possibility that among the people arriving there might be jihadists or even agents of the Turkish secret services".

According to George Pleios, the situation has changed since the end of summer 2015, with the gradual spread of more positive and accurate news coverage: "The widespread awareness that the people coming were not intending to stay in Greece has facilitated the emergence of expressions of solidarity". This process has been supported by the action of voluntary associations and NGOs and the intervention of some celebrities who have visited the island of Lesvos, nurturing the image of Greece as a country willing to provide hospitality and humanitarian aid. And "we should not forget the potential for identification arising from the fact that some Greek citizens recognise their origins as refugees – many are descendants of those who arrived from Turkey ninety years ago", says Pleios.

With the closure of the border between Greece and Macedonia by the Skopje authorities, the renewed prospect of asylum seekers remanining on Greek territory led some xenophobic leaders, including members of the clergy and Golden Dawn, to organise protests against the presence of refugees. Negative news were deliberately spread to damage the image of the refugees. "At the moment, the situation is characterised by a strong contrast between the public opinion and media who hold xenophobic positions and those who oppose this kind of attitude", concludes Pleios.

Such polarisation often affects journalists themselves – the Mapping Media Freedom platform reports numerous cases of attacks against journalists, the latest dating back to April 8th, when photojournalist Alexia  Tsagari (Vice) and a member of the film crew of the E TV channel were assaulted while documenting an anti-fascist demonstration in Athens. On March 10th, also in Athens, journalist Petros Anastassiades  was attacked by members of Golden Dawn as a representative of the party hurled a racist tirade during a meeting on migration flows.

Another problem lies in the constraints reporters have to face while reporting these issues, a striking example being the evacuation of the Idomeni camp. Anticipated by the arrival of over 700 police officers from across the country, the operation was preceded by the removal of journalists and volunteers from the camp. Only the Public Radio-Television (ERT) and the public press agency (ANA-MPA) were allowed to stay. The evacuation was also documented by the images transmitted by state police drones . The exclusion of journalists from the area confirms the practice widespread in many European countries, including Italy, that denies access to areas where there are migrants and asylum seekers.

"A decree by Minister for Immigration , Yannis Mouzalas, adopted on February 29th, prevents journalists from freely entering camps where there are migrants and asylum seekers", says journalist Pavlos Nerantzis, former director of ERT3 and initiator of the action that promotes the adoption of the Idomeni charter. "The adoption of the decree was justified on the grounds that the presence of journalists would cause inconvenience to people housed in camps, as reported in recent months by some volunteers, but the measure does not guarantee the protection of persons who are hosted in camps. Journalists can still access the fields prior consent issued by the Ministry of Defence – a process that usually takes a couple of days – and once you enter, there are no measures to ensure respect for the rights and privacy of people that are inside those structures".

Nerantzis points out how the government is ready to limit the space of action of journalists, but is silent about news that fuel xenophobia and Islamophobia: "We must protect the rights of asylum seekers, but you don't achieve that by limiting the access of journalists to areas where they are forced to live. You simply damage the right to information".

The Charter of Idomeni

Reacting to this situation, the Union of Journalists of Macedonia and Thrace, a local organisation based in Thessaloniki, has launched a proposal to adopt the Idomeni charter and create a Monitoring Centre on Racism and Xenophobia to monitor daily the way the media deal with these issues. The document promotes guidelines to for the work of journalists.

"First, we must distinguish the causes that lead to news reports inciting racist and xenophobic reactions", explains Nerantzis. "On the one hand, reporters may lack the knowledge of the rights of migrants and asylum seekers. In this case, disinformation can be addressed through a comprehensive awareness-raising action, which is what we aim to do by promoting the adoption of the Idomeni charter. The use of terms such as 'illegal' can be avoided through proper education of journalists".

One the other hand, some do choose deliberately to spread inaccurate information and incite hostility against asylum seekers. According to Nerantzis, the phenomenon goes way back: "Greece has long been at the first place in the ranking of European countries in terms of xenophobic attitudes. This climate of witch-hunting goes back to the nineties, when the arrival of hundreds of thousands of Albanian citizens was met by information channels, especially the private ones, with scaremongering and any act of crime perpetrated by a foreign citizen systematically making the front pages. These circumstances and methods sparked a climate of xenophobia that has been acute since 2001, when Greece started to receive migration flows directed to Western Europe, and coming mainly from Afghanistan".

In fact, the history of the Idomeni charter goes back to 2006. "When, in 2006, we presented the first draft of what would become the current document, this was not adopted because the situation had not reached worrying levels like it has now", explains the initiator of the proposal. "We hope that now this document will foster a discussion on racism and xenophobia, and that it may promote a genuine debate among the media professionals and, more generally, the public opinion. It is essential that the question of how to inform on sensitive issues such as the situation of asylum seekers does not remain confined within the circles of people who are already interested, but become the object of public debate".

The paper has already received international support and approval from both the European Federation of Journalists (EFJ) and the OSCE. The next step is the adoption of the document by the Panhellenic Federation of Journalists Unions (Poesy). "Reactions have been positive so far, but we have not gotten approval yet. The Federation is currently facing a delicate transition, related to the revision of the social security system done by the government, and required by international creditors, and this theme absorbs a lot of energy. But I am optimistic – I believe that we will soon come to the adoption of the Idomeni charter. A draft was also sent to the Minister of Immigration, but unfortunately we have not received any feedback".

The Charter of Idomeni was inspired by other similar experiences across Europe. Nerantzis, who previously collaborated with some Italian newspapers, mentions the Charter of Rome  as a precedent for the development of a code of ethics to be applied in Greece, as well as the ethical codes adopted by journalists in Belgium and in the Netherlands. New articles have been recently added concerning the conditions of access of journalists to the camps where asylum seekers are housed, to ensure both the right to information and the respect of privacy in the specific conditions of the refugee camps. The charter outlines the rules of conduct to be followed, including the obligation to seek consent before taking pictures, interview, or disclose the identity of persons. Another particularly sensitive issue concerns the rules to follow when documenting the presence of minors, an issue that has already been addressed in Italy in the charter of Treviso .

Greece is not the only country facing a very delicate situation with regard to the responsibility of the media in reporting on the arrival and presence of migrants and asylum seekers. In Bulgaria, severe instances of irresponsible behaviour by the media have been recorded in recent months. There does not seem to be a regional approach to the problem. "The majority of journalists in Greece, as well as the unions that represent them, are characterised by a certain introversion. In the past, especially during the nineties, there used to be stable forms of dialogue, but lately these channels have been weakened and I think it is very important to promote and develop those contacts with colleagues in neighbouring countries", says Nerantzis.