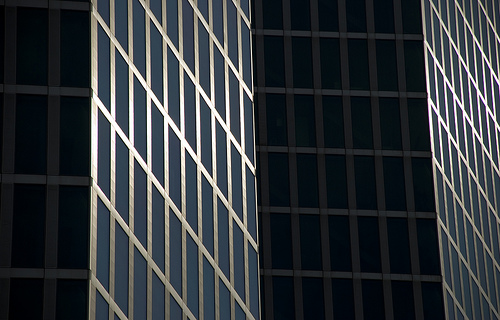 Both Russia and Georgia have devoted considerable efforts to promoting their own points of view on the conflict of August last year. Narratives remain strongly contrasting

Osservatorio presents a short preview of an analysis soon to be published on Georgica.net

Both Russia and Georgia have devoted considerable efforts to promoting their own points of view on the conflict of last August.

Russia focussed primarily on its own domestic public opinion and according to some surveys, the vast majority of Russians has accepted the version of the events promoted by their authorities. According to opinion polls conducted by the Moscow based Levada Center between 15 and 18 August 2008, only 5% of respondents answered that Russia was to be held responsible for the conflict, while 74% claimed that "Georgia and the Georgian people have become hostages to the US leadership".

News reports on the main national TV channels, Pervyj Kanal and Vesti, that are the only source of information for a large part of the Russian public, provided only the Russian version of the events. During the news reports, it was repeatedly claimed that Georgia attacked South Ossetia with the clear intention of carrying out ethnic cleansing, and that Russian intervention has been determinant in stopping an imminent genocide. This perspective was also reaffirmed in the film "Olympus Inferno", recently broadcast on the Russian Pervyj Kanal, during prime time on a Sunday night, as well as in the documentary "War 08.08.08" by Russia.tv.

Arguments that have become part of the narrative generally accepted by the Russian public are, for example, that Georgians deliberately killed civilians (images of a Georgian soldier randomly shooting from a tank on residential buildings in Tskhinvali and filming his actions with a mobile phone were repeatedly shown on Russian news channels); there were black soldiers fighting on the Georgian side, supposedly US instructors or mercenaries; Western media outlets were not telling the truth about the war and did not give space to people who did not support Georgia (Russian media repeatedly showed the images of an Ossetian lady who, while live on the American news channel Fox News, accused Saakashvili of having started the war and was abruptly interrupted by the talk show host); the Georgian president Saakashvili is simply crazy (for example, on August 12 the Russian news channel Vesti invited a psychologist to discuss Saakashvili's mental health); the Russian intervention was nothing but "peace enforcing" and only the Russian intervention stopped an otherwise inevitable genocide (see for example the titles of two instant books published in late August of 2008 by the Moscow based publishing house Evropa, "The five-day war: Russia enforces peace" and "888 - The day of the catastrophe: the genocide prevented in South Ossetia".

The Russian public, including people that watch news programmes only occasionally, seems to be familiar with all these arguments and widely accepts them as true. The same cannot be said, however, about the public in Europe or the United States.

For many analysts, this is mainly due to the communication strategy adopted by the Georgian authorities, who have lost the war on the field but have won the one of communication. For Georgia's President it was surely fundamental to get his message through to his Western allies in the hopes to receive some support. One could argue that despite a totally unsuccessful political initiative, the Georgian authorities managed to convey their narration of events, in particular during the conflict, when the events taking place in and around South Ossetia were hitting the headlines both in Russia and in Europe.

Different elements contributed to the Georgian success. The first is basically coincidental: for observers that know little about the region it seems completely counter-intuitive to think that Georgia attacked Russia. In this perspective, it seems much more logical that Russia, a large and allegedly aggressive country, attack a small Western-leaning country on its way to democratic development and wishing to join NATO.

Besides, most international news networks do not have resident correspondents in Georgia and almost none in South Ossetia; accordingly, they had to rely on the information they obtained from official sources. From this point of view, the Georgian government was impressively efficient. It kept on inundating foreign correspondents with news updates (by e-mail, text message, etc.) that very often were just quoted without factual verification, and in some cases they were clear exaggerations (like the fact that Russian airplanes were "intensively bombing Tbilisi", which was quoted by most international media, including Reuters and CNN).

In the months following the war, Saakashvili's administration kept high visibility on the international stage for example enlisting the Brussels based Aspect Consulting, a PR consultant. While it looks definitely awkward to find the Georgian flag between the logos of "McDonalds" and "Kraft Food" on the "Our Clients" page of Aspect Consulting, it is clear that it is also thanks to the help of this company that Georgia has been successful in its worldwide PR campaign that followed the August events last year.

One year has passed. Since then, the official version of the events supported by the Kremlin is still overwhelmingly accepted in Russia. Instead things partially changed in Georgia, with the opposition and its supporters putting the blame for the conflict at least in part on Mikheil Saakashvili.

At the international level, most of the wider public has kept its first impressions about the "Russian aggression in Georgia", also because the topic quickly dropped from the main headlines. Still, just a couple of months after the conflict, international organizations and Western news outlets have become somewhat more critical of the Georgian side. For example, in late October 2008 the London based BBC broadcast a documentary film and a radio programme claiming that there is evidence that "Georgia may have committed war crimes in its attack on South Ossetia". The report, later quoted in an op-ed on The Guardian, was highly critical of Georgia and clearly sympathetic to the sorrow of South Ossetians. An article suggesting that Georgia actually started the war appeared on the New York Times in early November and reports by Human Rights Watch claimed that the Georgian side was to be held responsible for human rights violations.

Currently news reports and declarations by Western politicians and diplomats prefer not to deal with the details of the war. At least some of them prefer instead to wait for the publication of the conclusions of the investigation promoted by the European Union. But no matter what the conclusions of the EU inquiry, as long as international and local media promote strongly contrasting narratives of last August's events, it seems unlikely that a shared understanding of a conflict that brought deep sorrow to both sides will be widely accepted any time soon by the communities living across the "unrecognized" border separating Georgia from South Ossetia, or by the international community as a whole.