Armenia-Azerbaijan conflict, the risks for Georgia 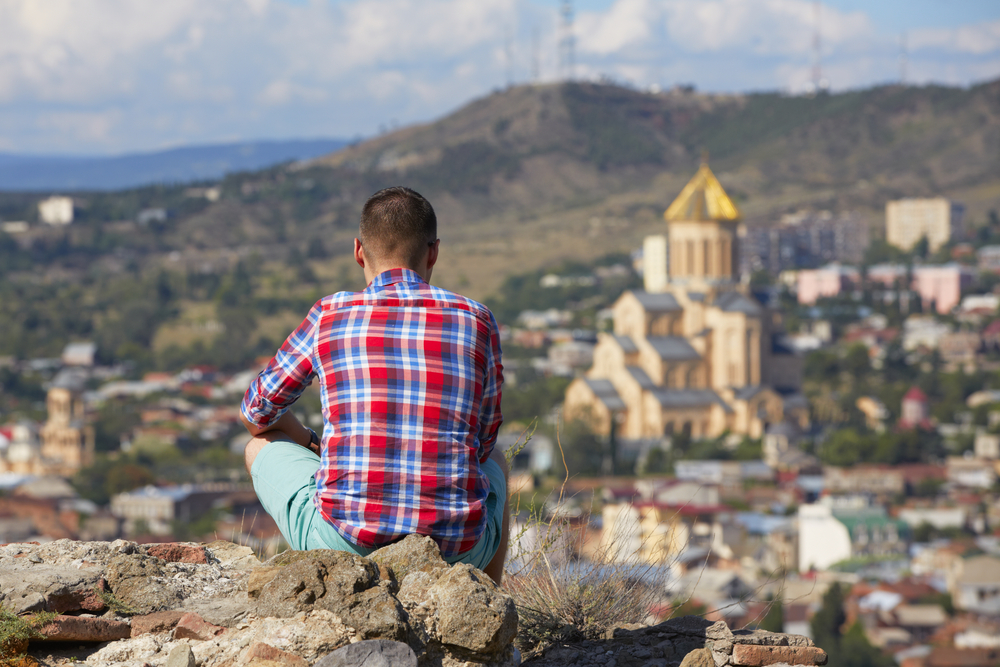 Two sizeable communities of Armenians and Azeris live - mostly separate - in Georgia. The current conflict has exacerbated the spirits of the two minorities, particularly on social media, arousing the concern of analysts

For George Gogua, a Tbilisi-based journalist, the online space had already become toxic as Georgia edged closer to the parliamentary elections set for the end of October. As misinformation, disinformation, and political propaganda circulated, he decided to take a break from the polarised, often hostile debate by temporarily deactivating his Facebook account.

That was in June, but when he returned to the platform at the end of August, the situation was about to deteriorate even further a few weeks later. This time, however, not because of elections, but because fighting was about to break out between Armenia and Azerbaijan, Georgia’s two neighbours in the region, over the disputed territory of Nagorno Karabakh.

The two countries fought a bloody war in the early 1990s over the mainly ethnic-Armenian autonomous region situated within what the international community considers sovereign Azerbaijani territory. Over 25,000 had died by the time a ceasefire was signed in 1994, and by 2016 a further 3,000 had been killed in regular violations of a shaky truce.

Armenia was left in control of not only Nagorno Karabakh, but also much of the seven surrounding regions. Approximately 600,000 Azerbaijanis had become Internally Displaced Persons (IDPs), in addition to around 160,000 ethnic Azeris that had been forced to leave Armenia and 300,000 ethnic Armenians that had to flee Azerbaijan.

A lasting peace has remained elusive

“I’ve participated in several cross-border projects with Armenian and Azerbaijani colleagues”, says Gogua. “We all had a good time together and those Armenians and Azerbaijanis even agreed that their conflict was political and shouldn’t affect personal relations. But during this latest fighting, what they were posting online shocked me. It had turned into something far worse”.

Meanwhile, as the latest military confrontation that erupted on 27 September quickly became full-scale war, two days later those tensions spread to Georgia. Ethnic Armenian inhabitants of the country’s western region of Samtskhe-Javakheti even blocked the Turkey-Georgia highway after allegations of weapons shipments to Azerbaijan were spread on social media.

Georgia’s ethnic Armenian and Azeri minority communities are the largest in the country at 168,000 and 284,000 respectively. Although there are cases of coexistence and even cohabitation in several villages, towns, and cities, most communities remain largely separate, which is why some analysts are starting to express concern.

Demonstrations have already been held, with ethnic Azeri citizens of Georgia marching on the Azerbaijani Embassy in Tbilisi to show their support for the military action. There have also been protests in response to allegations from Georgia’s ethnic Armenian community that Tbilisi was blocking humanitarian assistance being sent to Armenia.

That claim was rejected by the Armenian Embassy in Tbilisi, and the Armenian government itself warned its citizens and ethnic kin to be especially cautious on social media. The situation is particularly precarious for Armenia as most of its trade passes through Georgia, while only a little passes through its only other open border with Iran. Those with Azerbaijan and Turkey remain closed.

As a result, any overspill of the conflict to either ethnic minority community, let alone both, could be potentially devastating.

“The communities remained relatively insulated from the first Karabakh war”, says Laurence Broers, Caucasus Programme Director at the UK-based Conciliation Resources, “but today anyone anywhere can participate in a toxic, radicalising social media space on this conflict. Georgia’s hard-won civic nationhood is threatened by any radicalisation of its two largest minorities”.

Others are ringing alarm bells too

“My main concern is that co-ethnic compatriot populations within Georgia will potentially become increasingly sectarian and involved in the conflict”, says Michael Hikaeri Cecire, a non-resident scholar at the Middle East Institute’s Frontier Europe Initiative. “Whether by volunteering to participate, but also by provoking rising tensions and threatening the generally peaceful coexistence of ethnic Azerbaijani and Armenian populations in the country”.

“The current situation has become highly aggressive and tense between the ethnic Armenian and Azeri communities”, he says. “Disinformation is playing an enormous role in provoking inter-ethnic hatred and aggression between the two. Russian and Turkish media are also involved”.

And it is the involvement of external actors that worries analysts the most.

“The regional implications of the current fighting over Nagorno-Karabakh are very serious”, says Irakli Sirbiladze, a Georgian international affairs analyst. “This is different from what has been before. The conflict dynamics make it clear that the implications of the fighting go well beyond Armenia and Azerbaijan”.

Indeed, there have already been allegations that shipments of weapons and mercenaries from Turkey to Azerbaijan have been using Georgian airspace, and Azerbaijan’s president has alleged the same about shipments to Armenia. Georgia denies the claims and says that if there is any evidence it will be presented to the International Civil Aviation Organisation (ICAO).

MEI’s Cecire notes that while Georgia’s neutrality is sensible in the circumstances, it might prove untenable over time as the country is the only obvious direct route for resupplying both Armenia and Azerbaijan. On 22 October, for example, one Russian lawmaker ‘advised’ Georgia to ‘calmly accept’ the necessity of allowing it if the need were to arise.

“The possibility of escalation exists”, he says, “and Georgia will be faced with the impossible position of either blocking Russian reinforcements and supplies and potentially subjecting itself to the possibility of a Russian invasion to force a corridor, or allowing it and opening the possibility that Azerbaijani and/or Turkish forces intervene to stop them”.

But even if the parties to the conflict were to agree to respect Georgia’s borders and airspace, Cecire believes that relations with all of them could suffer. And while Georgia's offer to host any mediation between Armenia and Azerbaijan might be useful in the future, it is unlikely to be accepted while one side believes it has military advantage on the ground.

“Of all the non-belligerent regional actors, Georgia has the most to potentially lose from this war”, says Eurasia Democratic Security Network fellow Alexander Scrivener. “It is clearly unrealistic for Georgia to take on a leading role in mediation and it should probably avoid involvement in any physical peacekeeping mission. Georgia’s relative strength is likely to be in people-to-people diplomacy and facilitating informal or lower-level contact between officials and policymakers from Armenia and Azerbaijan”.

“This war is bad news for Georgia”, he concludes. “But just how bad depends on how the situation develops. At a minimum, Georgia faces the prospect of dealing with the economic effects of being surrounded by a wall of fire. Conflict to its south, in addition to its already fraught situation with Russia, is not good news for a Georgian economy already reeling from Covid-19".

“The conflict, by highlighting the West’s impotence and disinterest in the region, is also likely to lead to further entrenchment of Russian hegemony here”, he says. “This, to put it mildly, is also not good news for Georgia”.