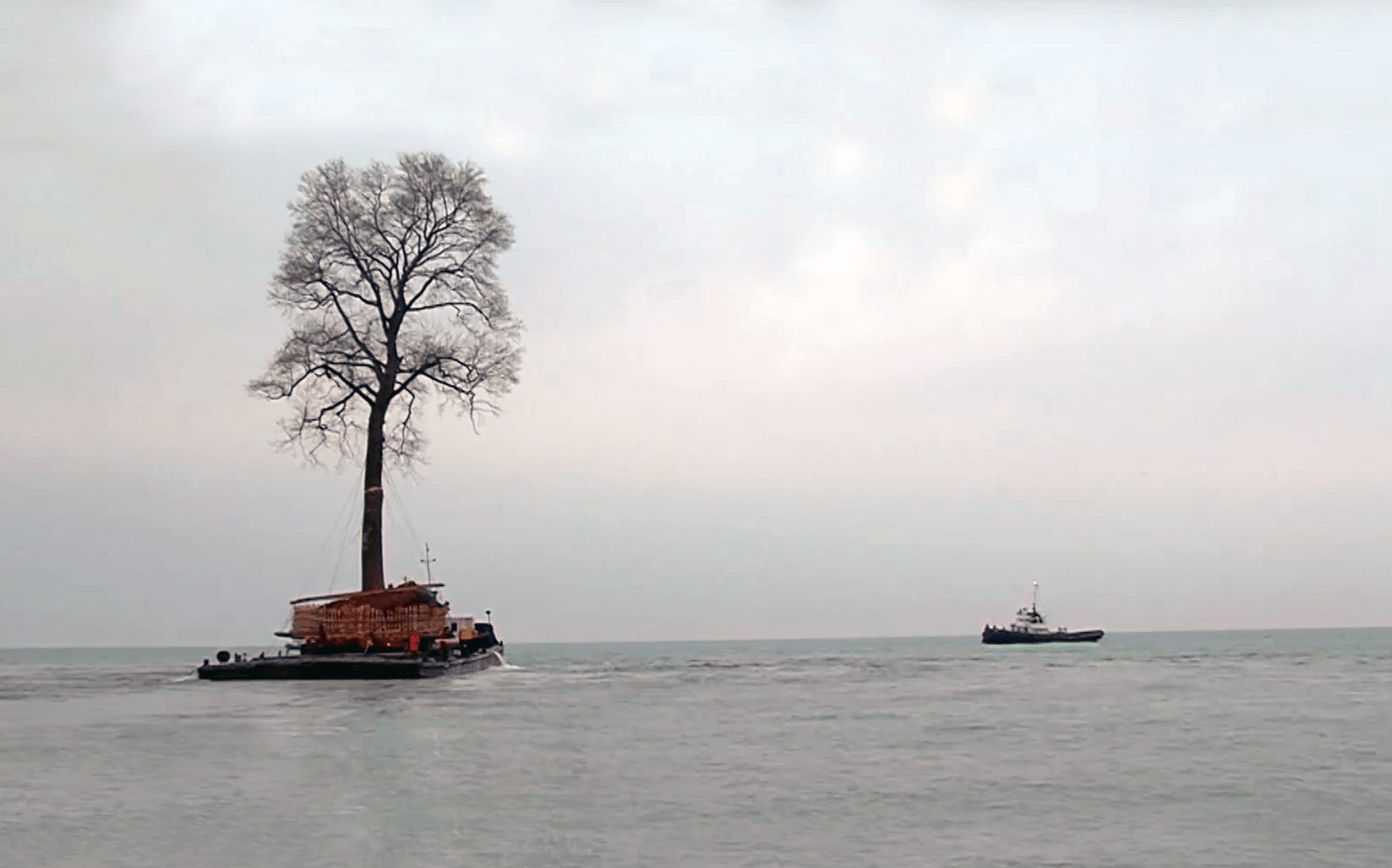 Georgia’s billionaire ex Prime Minister Bidzina Ivanishvili has been ripping up ancient and rare trees from across the country and transporting them to his private arboretum in Ureki. While the government claims it is for their own protection, activists continue to challenge the move

"It’s my hobby and I really love big trees, giant trees are my entertainment", the billionaire businessman and godfather of the ruling Georgian Dream Party, Bidzina Ivanishvili, explained in one interview. He was talking about his efforts to move old trees from different parts of Georgia and plant them in his personal arboretum.

For months, Ivanishvili has been taking trees from around the country; on April 3, the first casualty of the campaign appeared. The former Prime Minister had purchased a 250-year-old beech tree from Lado Surmava, a resident of the village of Natanebi, in eastern Georgia’s Guria region, for $5,000. The tree slipped from a platform between two cars that was being used to transport it, and it was severely damaged. 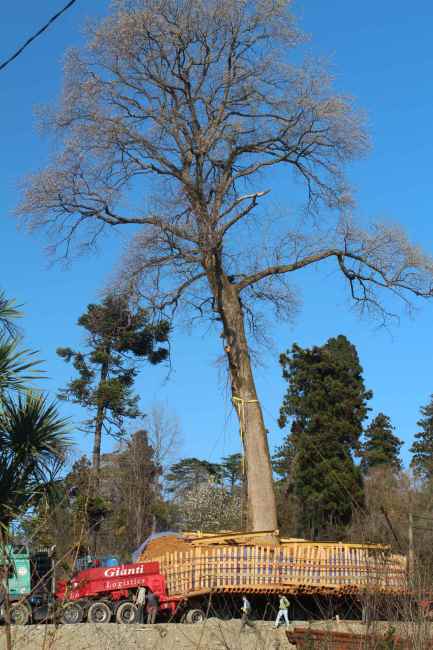 As a result, the road from Natanebi to Lekuri was blocked for almost a day. Surmava told journalists that it was really hard for the family to sell the tree, but that they accepted the deal and did not complain about the price.

"The tree fell, branches broke, and part of it fell in the yard of one local resident’s house", one witness said .

Ivanishvili first received permission to begin moving trees in December 2015. When the process started, activist group Guerilla Gardening organised a series of protests. Several activists were detained during protests in Tsikhisdziri, a settlement near Batumi. Ivanishvili was moving three one-hundred-year-old trees from Tsikhisdziri, and despite the protests he managed to take them to his park, which is located in a small settlement on the Black Sea coast, in Ozurgeti municipality. An image of Ivanishvili’s tree being transported by sea went viral and became an internet meme.

According to the Minister of Environment, the process of moving trees is completely legal. He claims that the plants are endemic to the region, and in some cases endangered, so it is better if Ivanishvili takes them, as there are no legal measures to protect them where they are.

The government of the Autonomous Republic of Adjara sold two swamp cypresses and one tulip tree to Ivanishvili for $2,600. The tulip tree weighed 650 tonnes and was transported by sea.

The businessman made another deal for a tree in exchange for a computer. The former owner of the tree told Rustavi 2 that his son did not have a computer, and that no one helped them. Then Ivanishvili brought a computer for them and he "gave up" the eucalyptus tree.

Then there was trouble with a magnolia tree; during transportation it became entangled with a eucalyptus and the highway between Kobuleti and Batumi was partly blocked for several hours. This also caused delays for trains, as, according to the Georgian Railway, they had to temporarily remove railway cables.

Gia Zhorzholiani, the MP who chairs the Parliament’s Environmental Protection Committee, claims that the trees are moved only to save them. "This is a unique project; a very expensive project, and I remember such case happened in the US as well", he added.

Other trees had to be cut down during the process, and branches cut from trees on private properties in order to make space on their routes. Holes left from where the trees were taken were left unfilled. The total value of the environmental losses caused by the project is not known.

Vasil Gabunia, a biologist and professor at Ilia State University, told Radio Adjara that moving old trees is big risk. He says that, for example, a tulip tree or cypress which grew in a red soil would not survive the climate and soil in Ureki. He thinks that the process needs to be halted. Rustavi 2 has reported that Ivanishvili’s plans involve moving 50 old trees in total.

Ivanishvili established the Georgian Dream coalition in 2011, following which they swept to power in the October 2012 parliamentary elections. Ivanishvili acted as Prime Minister for a little over a year before stepping down. It has been widely speculated that even after stepping down, Ivanishvili remains the main decision-maker in the country.