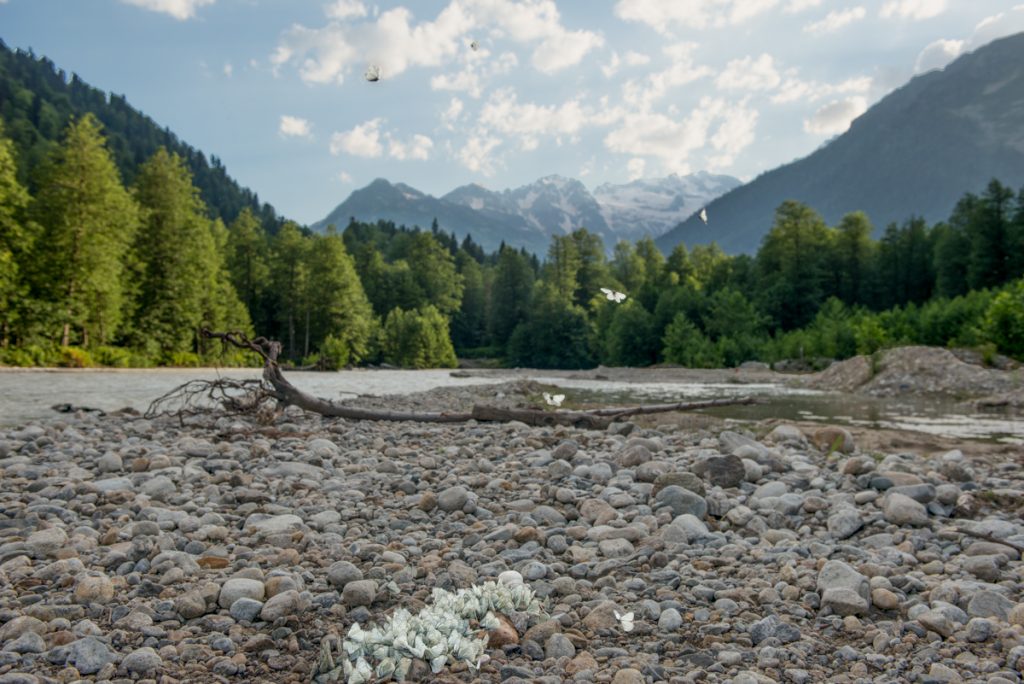 For now, the EBRD and the EIB have suspended their financing for the construction of a dam in Georgia. Pending further assessments on the violation of the rights of the local Svan community

The Nenskra hydropower plant in Georgia’s Svaneti region has been found to be ‘non-compliant’ with a series of standards required by the European Bank for Reconstruction and Development (EBRD) and the European Investment Bank (EIB), two of the project’s major investors.

The EBRD and EIB have approved $214 million and $150 million loans, respectively. However, neither has yet signed the final loan agreement.

In 2018, the CEE Bankwatch Network together with Georgian non-governmental organisation Green Alternative filed reports that have been investigated by the compliance mechanisms of both institutions.

The reports submitted by these mechanisms have found that there has been ‘non-compliance’ with regard to indigenous issues, broader environmental and social impacts, land acquisition, involuntary resettlement and economic displacement, cultural heritage, information disclosure, and stakeholder engagement.

When finished, the Nenskra Hydropower Plant would be the third-largest hydro power plant in the country producing 1,200 GWh of energy per year.

The planned plant would consist of a 130-metre high dam on the upper Nenskra River. It would also take in waters from the nearby River Nakra, which would be connected to the dam through an underground tunnel.

According to claims made by Nenskra Hydro, the company that is building the plant and will directly operate it, the power generated after the plant goes online would significantly aid in closing the energy gap that Georgia is currently experiencing in winter months. They also claim that Georgia will import less energy from Azerbaijan and Russia, and will, in fact, produce an energy surplus that will be sold to Turkey.

Nenskra Hydro was established in 2015 as a joint venture of the state-run Georgian Partnership Fund and Korean state-run Korean K-water, which own 10% and 90% of the project respectively. K-water will be directly responsible for the power plant and will sell any electricity it produces for 36 years, after which full ownership will pass to the Government of Georgia free of charge.

‘No life here without the river’

The villages of Chuberi and Nakra, populated by indigenous Svan communities, have been holding protests against the dam for years.

In March 2018, representatives of all 17 communities of Upper Svaneti gathered to discuss the Nenskra plant, as well as other hydropower projects in the region.

The declaration issued by the council demanded that the builders of dams recognise Svans as indigenous people who exercise customary rights to the land — something that the initial environmental and social impact assessment (ESIA) for Nenskra did not.

Gari Chkhvimiani, a school headmaster from Chuberi, has been active in the protest movement against the Nenskra plant from the very beginning.

Giorgi Tsindeliani from the village of Nakra was among those who refused to leave his home in exchange for compensation. ‘We have our ancestral lands here which they [the government] are trading with others like it’s theirs, manipulating people with job perspectives’.

Nenskra Hydro’s environmental and social impact assessment was prepared by Gamma Consulting, an independent agency that worked on assessing nearly all hydropower projects in Georgia in recent years.

It is Gamma Consulting who has been responsible for reaching out to local communities when new projects have been proposed.

‘We have our own group that goes to the location and does do-to-door for assessment. Our [Georgian] legislation in relation to social topics has always been lax’, a Gamma Consulting spokesperson told OC Media. ‘We note the risks and then the government has to decide whether it’s worth it.’

Environmental groups have underlined the increased danger of mudslides and floods that stem from the deforestation necessary for dam construction — an issue that became particularly acute after July 2018, when floods destroyed households and roads in the Upper Svaneti village of Chuberi.

Experts from Gamma Consulting who spoke with OC Media have argued that the dam, on the contrary, might prevent such cases in the future — and that in any case, such dangers are natural to mountainous areas, and cannot be prevented entirely, only mitigated.

What will happen now?

The construction of the Nenskra Hydropower Plant has been on hold since the construction company, Salini Impregilo, left the project in October 2018.

‘The complaint mechanism investigation was quite substantial — it included not only detailed research into our report but also their own site visits and meetings with Svans. It revealed that the project was confirmed without thorough research of whether the local residents meet the banks’ own standards for [what constitutes] indigenous peoples,’ he told OC Media.

Had such research been done he said, the banks would have had to receive the permission of the local residents even before the start of the project. The EBRD and EIB will now be forced to implement a management plan that must attempt to remedy the situation.

Chipashvili has insisted that the entire process not be simply a formality and that in addition to hiring an expert on indigenous people and a local ethnographer, the banks should also work with a representative of the local council of elders.

‘Luckily none of the banks have actually given the money to the project. They confirmed the loans but no contracts have been signed yet’, he concluded. ‘Otherwise, it would be much harder to stop this process.