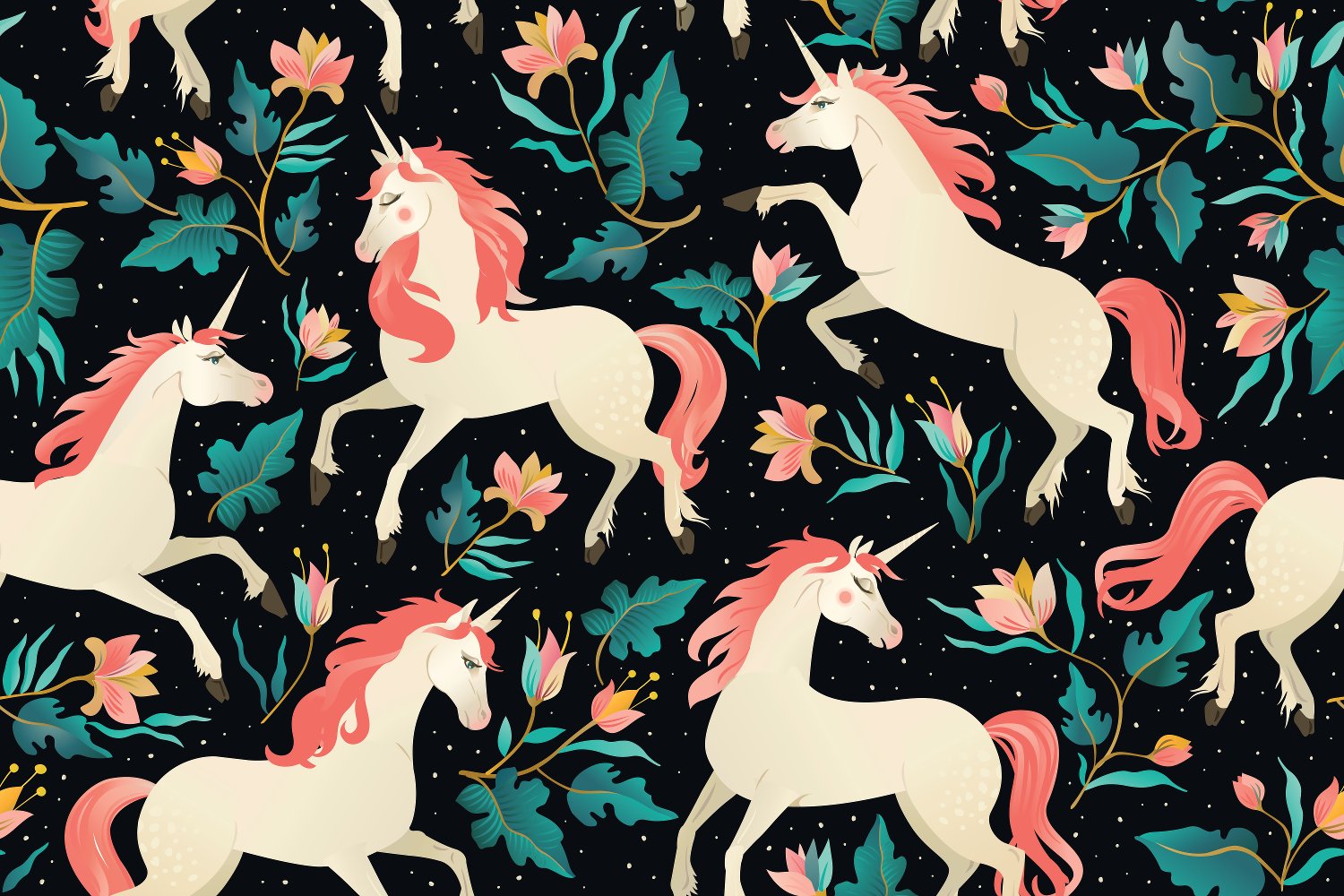 On 12 December 2019, OBCT will participate in the "Newsocracy" conference, organised in Budapest by ECPMF to discuss how to protect Public Service Media from political interference. Some ideas from our presentation

After the Cold War, freedom of speech appeared to have emerged victorious in many places. But what if the powerful can use ‘information abundance’ to find new ways of stifling you, flipping the ideals of freedom of speech to crush dissent, while always leaving enough anonymity to be able to claim deniability?

This disturbing question opens the first chapter of the new book by Peter Pomerantsev, This Is Not Propaganda: Adventures in the War Against Reality, where the British author of Soviet origins takes us to the forefront in the era of misinformation and piloted dissent, where "nothing is true and everything is possible", to quote the title of his previous literary effort. A world in which reality is systematically remodelled to shape, in turn, populisms 3.0 and crumbling democracies, a world in which new authoritarian leaders mask an unprecedented version of oppression through a sophisticated and elusive control of the media.

The cover of the book perfectly allegorises this grotesque reality: a white unicorn that runs in a sunny prairie, complete with a rainbow in the background. An iconography that highlights the creeping deception caused by what is called media capture, or a situation in which information systems are controlled "either directly by governments or by vested interests networked with politics", to quote expert Alina Mungiu-Pippidi. In a nutshell, a phenomenon in which politics and information are so subtly linked that they drive the perception of what is true or not true, right or wrong, possible or impossible.

Nothing new, one might say, except that for these new "Informational Autocrats", as defined by Guriev and Treisman in a recent study , it is much more useful to subjugate democratic mechanisms than to resort to the "old Soviet-style censorship". And in fact, the authors ask, how could these complacent autocracies, now devoid of the repressive tools of the twentieth century, survive, if not through surgical "information manipulation"?

"Control the media, make sure you have many voices, which all say the same and have your junk-yard dog", Florian Bieber ironically instructs aspiring authoritarian leaders in his new The Rise of Authoritarianism in Western Balkans.

As part of its research work on media freedom , OBCT will participate at the NEWSOCRACY conference, organised by ECPMF to discuss how to protect public service media from political interference.

The symptoms of media capture began to be felt in Central and Eastern Europe in the early 2000s: a context in which already fragile media systems, freshly restructured and just launched into the market economy, were first destabilised by the digital revolution, then hit by the global financial crisis, and finally preyed upon by oligarchs who hastened, with the approval of their governments, to fill the void left by the forced exodus of foreign media that had helped to dismantle state monopolies in the difficult transition process following the collapse of socialist systems.

Facilitated by the decay of traditional subsistence mechanisms – compromised by the technological revolution and the consequent migration of advertisers from paper to digital – governments have begun not only to dangerously extend their influence through compliant oligarchies, but also to implement a series of 'innovative practices' to ensure an increasingly pervasive control, both public and private, of the new 'national' media systems. As reported by Pippidi : "State subsidies, bailouts in case of debts, preferential distribution of state advertising and tax breaks for media owners traded in exchange for favorable treatment of the media" soon became new and devious ways to politically manipulate consensus.

As for public broadcasters, if during the post-socialist transition an attempt had been made to dismantle the state media monopoly via liberalisation, as Pippidi recalls , in much of Eastern Europe the reform of former state media not only remained unfinished, but in fact favoured the birth of those that many have defined "Party Service Media". "Political interference in the editorial line of public broadcasters, insufficient safeguards in the legislation against political bias, or the lack of appropriate funding to guarantee the independence of the public broadcasters", reads a comment  by Nils Muizniek, then European Commissioner for Human Rights, are just some of the challenges that national radio and television services face in the era of misinformation – and not limited to Eastern Europe.

The rapid process of centralisation of the media environment in Orbán-led Hungary is perhaps the most striking example of media capture: within a single parliamentary term, the media environment has been ideologically, politically, and financially shaped through a systematic process of acquisitions, regulatory distortions, and attacks against opposition media. As Freedom House  reports , "the content and messages published in government-friendly outlets seem to be directly coordinated by the prime minister’s cabinet office led by Cabinet Chief Antal Rogán", often labelled by investigative media – continues Freedom House – as the "propaganda ministry".

Things are not better in the Balkans. While in Croatia numerous sources report heavy pressures  on public television (HRT), in Serbia the conditions of the media have become tragic: according to Reporters Without Borders , since Aleksandar Vučić came to power, "the investigative media groups BIRN and CINS, the daily Danas, and the weekly Vreme are often targeted. 'Hostile' media are subjected to frequent arbitrary financial and administrative inspections".

As for Western Europe, if it is true that "we cannot observe the capture mechanisms that characterise the post-socialist area, this does not mean that there are no attempts to exercise political control", says Iva Nenadic, researcher at the Centre for Media Pluralism and Media Freedom (CMPF) . This finds confirmation in the words of Dragomir, who argues that "there are signs that such control mechanisms are emerging from time to time, as shown by the attacks on public media in Austria and Denmark and capture of the media by banks in Spain".

In the era of what Shoshana Zuboff has defined as pervasive "surveillance capitalism " – in which unconventional media are increasingly distorting and customising the way we metabolise information and, consequently, reality – media capture enters the scene as illiberal governance in which violence is reduced to a minimum thanks to extensive manipulation of the mechanisms triggered by new technologies.

What to do, then, in the face of these new challenges?

The first priority, suggests Mark Nelson, is to recognise the media capture phenomenon as "a major strategic risk". Without this key step, it will be impossible to succeed in structuring a new and "real media governance" – a dynamic and long-term process capable of freeing information systems from today's 'trap'.

To this end, if regulation still appears as one of the essential solutions, new and sustainable forms of financing must be implemented. Furthermore – perhaps even more importantly – civil society should be placed at the centre of this debate. "Broad social movements – writes Nelson – not only help push national politics in the direction of reform but expose shortcomings in media governance, help build local knowledge needed to win the fight for effective policies, and encourage media owners to act as socially responsible corporate citizens that contribute to the public good".

Without these essential measures, the many already existing practices – such as media literacy – risk being a vain effort. In a world where troll factories, fake accounts, digitised populisms, and information bubbles systematically redefine reality, the powerful can "surround audiences with so much cynicism about anybody's motives, persuade them that behind every seemingly benign motivation is a nefarious, if impossible-to-prove, plot, so that they lose faith in the possibility of an alternative", writes Pomerantsev.

And this is how the powerful win – stifling dissent even before it can be born.