The media in Bosnia-Herzegovina: fertile ground for political control 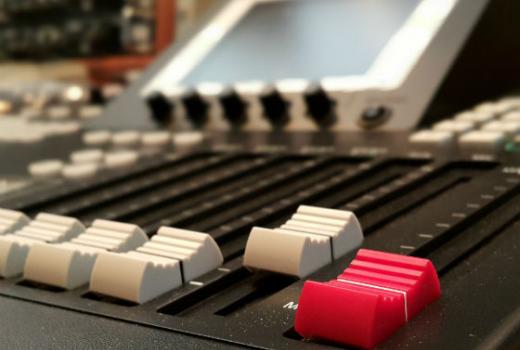 In Bosnia-Herzegovina, media ownership transparency largely remains absent of rules and limited to scant data from the most general business registers. The lack of political will and all too rare initiatives for uncovering media ownership have for years allowed diverse machinations in the advertising sector, limited the loosening of political and economic pressure on journalism, and damaged the interests of the public and the right to fair and balanced news.

There are no formal initiatives from the state to promote transparency of media ownership, while the efforts of civil organisations have mostly been limited to activities outlined for specific projects. The media itself has never launched any such initiatives on transparency, given that the screen of secrecy in the structures of ownership allow for legal and illegal activities that are often in contrast with the principles of the profession, with ethical or legal guidelines established by the media sector.

On transparency and concentration of media ownership in Bosnia Herzegovina, we created a series of entries on Wikipedia, as part of our Wiki4Mediafreedom activities: read the articles about "Media of Bosnia Herzegovina " and the section on "Concentration of media ownership " on Wikipedia. These entries are also available in the Resource Centre for Freedom of the Press.

The directives of the EU for supporting media freedom in new member states, for the period of 2014-2020, stipulate that a database of media owners should be made accessible, that legal measures against monopoly and market dominance are necessary, and that the privatisation of public media should be a transparent process. It should be noted that Bosnia-Herzegovina has adopted none of these measures, says Sanela Hodžić, researcher with Mediacentar Sarajevo, in the study “The importance of media integrity: putting the media and journalism at the service of the public” (“Značaj medijskog integriteta: vraćanje media i novinarstva u službu javnosti ”).

The transparency of media ownership is in part made possible through the register of legal entities (for private and public media) and registers of associations and foundations (for those media that operate within the NGO sector), but does not provide any information about the direct and indirect owners, let alone offer information in a systematic way that would meet the desired level of transparency.

In addition to this, there is no single registry of business entities in Bosnia-Herzegovina, and therefore the incomplete information about the ownership structure of businesses, to which the media belong, is scattered in various registers of the nine municipal courts in the Federation and five district courts in the Republika Srpska (RS).

Information about the media acting within associations and foundations are available on request, from those 14 registers, which makes them insufficiently accessible and searchable. The existing registers also don't have any categorization of subjects or associations, such that one could clearly distinguish between media, businesses and associations.

The regulating agency for communications and the council for the press

A certain transparency of media ownership does exist for radio and television broadcasters. Licenses for audiovisual or radio broadcasting are issued to natural and legal bodies by the Communications Regulatory Agency (RAK). It is required to submit basic information about the direct owners and gain the necessary approval for any subsequent change of ownership greater than five percent, according to Hodžić, but she also says that the RAK currently does not publish information on the property, but only the names of directors, chief editors and contacts. Information about indirect owners is still hard to find, especially when it comes to owners from other countries.

The press council, a self-regulating body for online and print media, publishes the principal data about these sectors, such as titles, addresses, names and contact details for the lead editors, but no information about the ownership structure.

While print media is often considered closely tied to political interests, a particular irregularity and lack of transparency exists in the online sector , especially because many companies are not even registered as businesses.

The transparency of media ownership, in addition to the partial data in these registers, still relies on the goodwill of parts of the media to reveal who really stands behind it. The lack of transparency of media ownership reduces the possibility for the public to notice any influence on editorial policy. Political and economic pressure, which leads to the self-censorship of editors and journalists, has a fertile ground in Bosnia-Herzegovina.

For these reasons there is no information on the indirect owners and the end-users of the media in question, nor of the property relations, business and personal interests, commercial and political influences, or even the principal managers, emphasises Hodžić.

The efforts of the non-governmental sector to guarantee transparency

In the last few years there has been a big effort on the part of civil society to promote transparency of media ownership in Bosnia-Herzegovina. The government supports them in principle, but no concrete measures have been taken.

The research of the South East Europe Media Observatory has for years helped to highlight the lack of transparency, while the “Media and public reputation” project, led by the Bosnia-Herzegovina Association of Journalists in collaboration with Mediacentar Sarajevo, the Council for the Press and the NGO, JaBiHuEU, will offer a detailed analysis of the current conditions and push for better solutions at the political level.