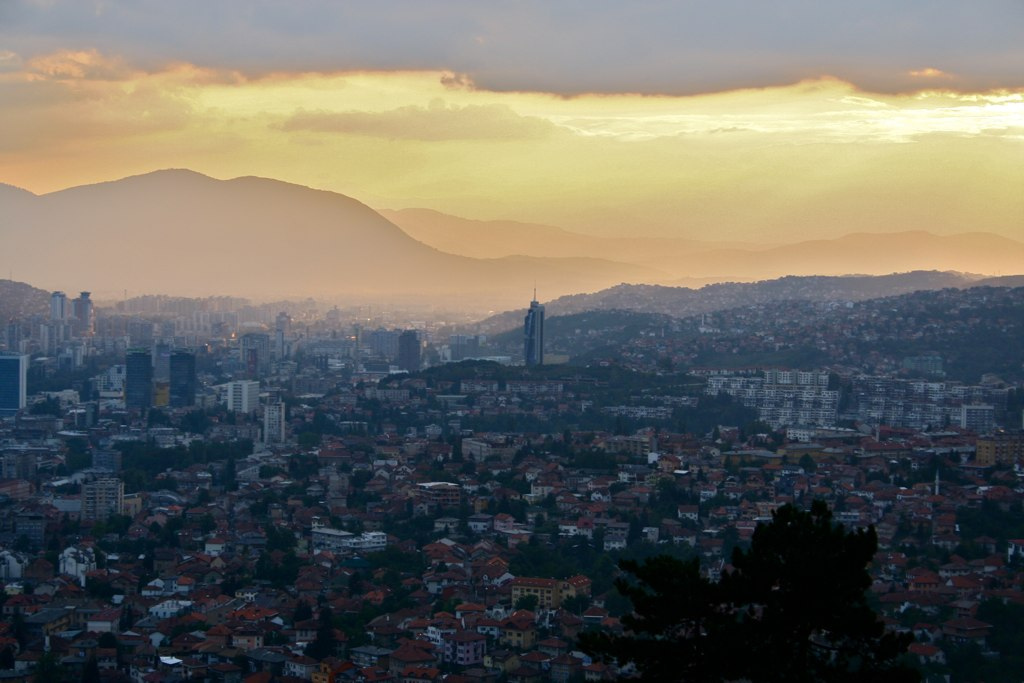 The terrorist risk in the country is rooted in the war of the Nineties, and in the presence of groups assessing themselves as alternative to the official Islamic Community

On 18 November 2015, a few days after the Paris attacks, Enes Omeragić entered a betting shop in Rajlovac, in the outskirts of Sarajevo, and opened fire on two Bosnian soldiers, killing them. Police traced him down a few hours later in his apartment, in the same neighbourhood. Omeragić, a man in his thirties, then blew himself up with a hand grenade.

The episode was hardly noticed by mainstream European media, still under the shock of the Paris events. It represents, however, the umpteenth attack attributed to Islamist terrorism occurring in the Balkan country since 2010.

In January that year a bomb exploded outside the Bugojno police station, in central Bosnia. A policeman, Tarik Ljubuškić, died, and six of his colleagues were wounded. The following year, in Sarajevo, Mevlid Jašarević opened fire with a Kalashnikov against the US embassy, injuring a policeman. Last year, on April 27, Nerdin Ibrić attacked with an automatic rifle the police station in Zvornik, in the part of the country with a Bosnian Serb majority, shouting “Allah Akbar” and killing agent Dragan Đurić before being killed himself.

The type of assaults taking place in Bosnia Herzegovina1 are different from the massacres perpetrated by Isis in Europe’s big capital cities. Those being hit are foreign targets, or representatives of the local security forces, the military or the police. Up until now civilians have not been involved, which leads one to presume a different strategy for the radical groups in the Balkans. Single individuals come out in the open sporadically, but the main role assigned to the region seems to be logistics, for example for the transfer of men or weapons, and to serve as a base to recruit foreign fighters.

According to Vlado Azinović, a Sarajevo University Professor who recently co-authored, with Muhamed Jusić, the report “The call to war in Syria: the Bosnian contingent of foreign fighters”, between 2012 and the end of 2015 some 250 Bosnians left the country to go fight in the Middle East. The number itself isn’t particularly relevant in absolute terms, if compared for example with that of the foreign fighters coming from France, Belgium, the UK or from Germany2. In relative terms though, considering the total size of the population (about 3,800.000), it is not insignificant. Bosnia Herzegovina, furthermore, has some specifics, from a terrorism risk profile, that distinguish it from other European countries.

The first is the fragmentation of the country's several security agencies, in the context of the complicated institutional structure defined by the Dayton Accords. Uroš Pena, Vice-Head of the Directorate for the Coordination of the Bosnian police forces, recently told local media that “Sharing information is a big problem. Each agency holds on to the best information. They all have obligations to share information but this is not done… We do not have clear definitions of jurisdiction, so we always have problems3.”

The second element of risk, for Bosnia-Herzegovina, is the relative ease with which, twenty years after the war, it is still possible to find weapons. When the peace accords were signed, in 1995, many people decided to keep the weapons, unsure of the future. Those weapons can now end up in the wrong hands in many different ways, sold in the black market even so as to temporarily adjust the family budget.

The fact instead that about half of Bosnia Herzegovina’s population is of Muslim faith, culture or tradition4, a circumstance usually underlined by European media dealing with terrorism in the country, doesn’t seem to represent a risk factor whatsoever. The local Islamic community (Islamska Zajdenica, IZ) has always strongly denounced terrorism and violence, calling its followers to stay away from the radical groups that are trying to subvert the rules upon which Islam rested for centuries in this region.

These groups, according to OBN TV journalist Esad Hećimović, author of “Garibi – Mujadeddini in Bosnia-Herzegovina between 1992 and 1999”, began to show their presence in the country as of 1992, the year in which war started in Bosnia. A few hundred fighters5 from Arab countries, or Afghanistan, joined the “El mujahid” brigade of the Armija BiH6, or other minor formations, fighting along with Bosnian Muslims. The Mujaheddins not only brought to Bosnia their own will to fight, but also a very different interpretation of Islam than that of Bosnian Muslims. After the war, the influence of extremist groups continued in different ways, through the work carried out by preachers, financial assistance or the creation of an alternative welfare system.

Today, twenty years after the end of the war, it is difficult to evaluate their influence throughout Bosnia and Herzegovina. Given the structure of the country, their presence is mainly in isolated villages, in mountainous or rural regions, where the groups asserting themselves as alternative to the official Islamic community carry out a sort of parallel social and religious life. Not all, of course, are tied to international terrorist networks, neither do all believe in the use of violence for the political or religious struggle. It is a very diversified universe whose more representative figures were believed to be, in the past, Nusret Imamović, today probably in Syria, and more recently Husein Bosnić (Bilal), convicted on 5 November last year by the Bosnian judicial system to 7 years of imprisonment for recruiting young people for the wars of the Middle East.

The official Islamic community (IZ) of Bosnia Herzegovina appears therefore to be a sort of “dike” against these groups, and IZ itself recently provided some data regarding the presence of these rebel communities, defined by the local media as “paradžemate”, counting 64 of them in different parts of the country. The highest ranking Islamic authority in Bosnia and Herzegovina, the reis ulema Husein Kavazović, on more than one occasion harshly accused these “para-communities”, exhorting the Bosnian authorities to prevent them from exercising their activities. In the past months, an interesting confrontation between IZ and the “paradžemate” took place in Sarajevo, far from the indiscreet eyes of the media. The official Islamic community defends its right to choose the spiritual leaders (Imams) and to educate believers, and reclaimed the rebel communities within its own jurisdiction. The difficult process though, according to what Islamska Zajednica declared, did not amount to great results and, at the end of talks which lasted weeks, only 14 of the 38 who participated in this process accepted to come under the authority of the official community.

2. See the statistics reported by Radio Free Europe/Radio Liberty   and Foreign Fighters: An Updated Assessment of the Flow of Foreign Fighters into Syria and Iraq , The Soufan Group, December 2015

5. Half of the “El mujahid” brigade, who had some 1,800 soldiers, were foreigners

6. The Army of Bosnia Herzegovina