Europe has a shortage of doctors

Welcome to ‘hell’: working on a Georgian railway construction site 06/03/2018 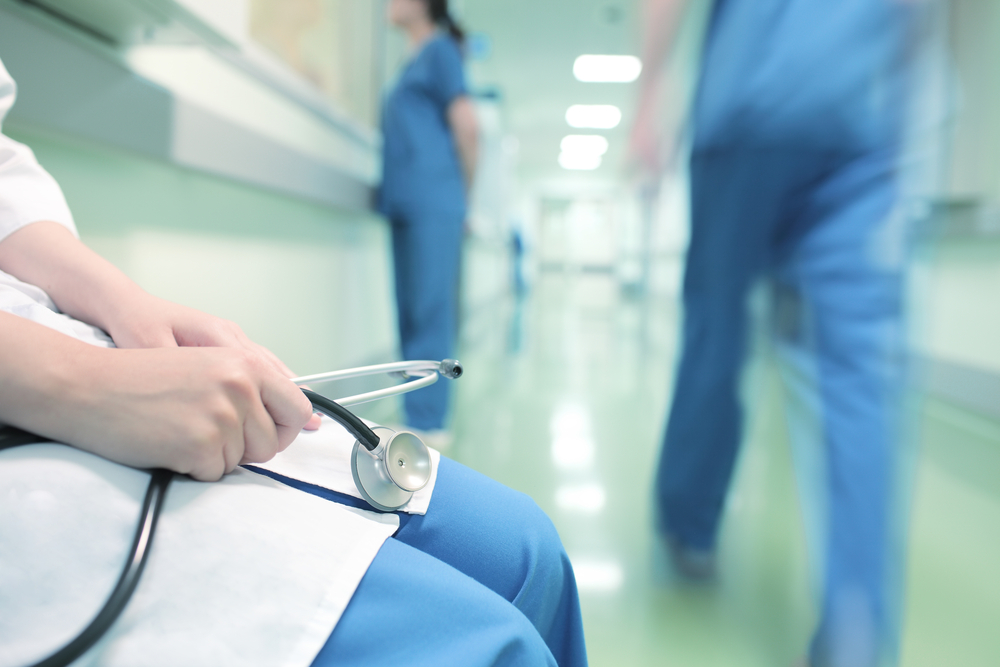 A surge in retirements, lack of new doctors in training, emigration to countries with better working conditions… by 2020, Europe could be facing a shortage of 230,000 doctors.

In the space of twenty years, Romania’s public health service lost 5000 doctors, almost 10% of practicing doctors, and it could lose 12,000 therapists over the next fifteen years. In France, there are 9.1% fewer general practitioners than ten years ago. As for Italy, it could lose 34,000 doctors by 2028. The findings are similar in all the EU member states, and is not a new phenomenon. Already in 2012, the European Commission estimated that Europe could be short of 230,000 doctors by 2020. This would mean 13.5% of Europe’s health needs not being taken care of.

France has recently announced that it will create 400 positions for salaried doctors and 4000 positions for physicians’ assistants. Romania intends to increase the number of places for junior doctors. However, it is not certain that these measures will suffice, since the deficits are primarily structural.

Doctors unequally distributed throughout the region

Paradoxically, the number of doctors is growing in Europe. It will have grown by 5% between 2010 and 2020. This is greater than the average job creation rate for all sectors combined (3%). But the difficulties in recruiting persist. Lack of candidates with the necessary qualifications is the cause of half the unfilled positions in the European Union.

The difficulties are particularly pointed in rural areas, especially in Scandinavia, France, Estonia, and Latvia, where doctors are quick to settle in the cities, but much less so in the country. In Slovakia, where the phenomenon is also particularly strong, there are 6.8 doctors per 1000 inhabitants in urban areas, and 2.7 in rural areas. In Hungary, there are 5.1 doctors per 1000 inhabitants in the city, as opposed to 2.2 in the country.

Doctors are getting older and older

At the same time, the number of specialists is growing much faster than that of general practitioners. This phenomenon could intensify with the massive number of retirements projected for the coming years. In certain countries, the proportion of doctors over 55 years old is considerable: for example, 55% in Italy, 47% in France and 48% in Estonia. The EU member states, which seem not to have sufficiently anticipated the problem, have failed to train a sufficient number of new practitioners to fill the gap. This is especially true of the EU-15.

In the countries which joined the EU more recently, the problem is elsewhere. These states often have difficulty retaining their health professionals. This is also the case in countries hit hardest by the crisis, such as Portugal and Greece, where the turnover is significant. Long working hours, stress, difficulties managing work-life balance, low pay, lack of quality infrastructure, all of this can help push people to quit. Or to go practice in a different country, where better conditions are on offer. Among all the professions combined, doctors are those who emigrate the most in Europe. This is primarily migration from East to West, and South to North. This phenomenon increases the lack of doctors in certain countries, such as Poland and Hungary, while many foreign doctors end up settling in places such as Germany, the Scandinavian countries, but above all the UK.

In the UK, Brexit underscores the doctor shortage

For a long time now, Britain’s National Health Service (NHS) has drawn many of its medical professionals from the European workforce, so much so that doctors originating from the EU constitute 10% of professionals practicing in the UK  today.

But since 2015, the arrivals have slowed down. That was the year when David Cameron, then prime minister, announced his desire to hold a referendum on Britain’s potential exit from the European Union. Following the vote in favour of Brexit in 2016, the British government has been trying to ensure that European doctors, among others, are not adversely affected and can continue working in the UK, but concerns remain and foreigners no longer feel welcome. In 2017, 3,458 doctors originating from other EU countries were registered, as opposed to 4,644 in 2014. Thus, a 26% drop. A study from 2016 showed that the UK would need 190,000 new doctors by 2027. New doctors will be trained , but, more so than in other countries, nothing guarantees that these additional positions will suffice to fill the UK’s doctor shortage.

This article is published in association with

and released under a CC BY-SA 4.0 license