Cécile Kyenge on Europe and migrations 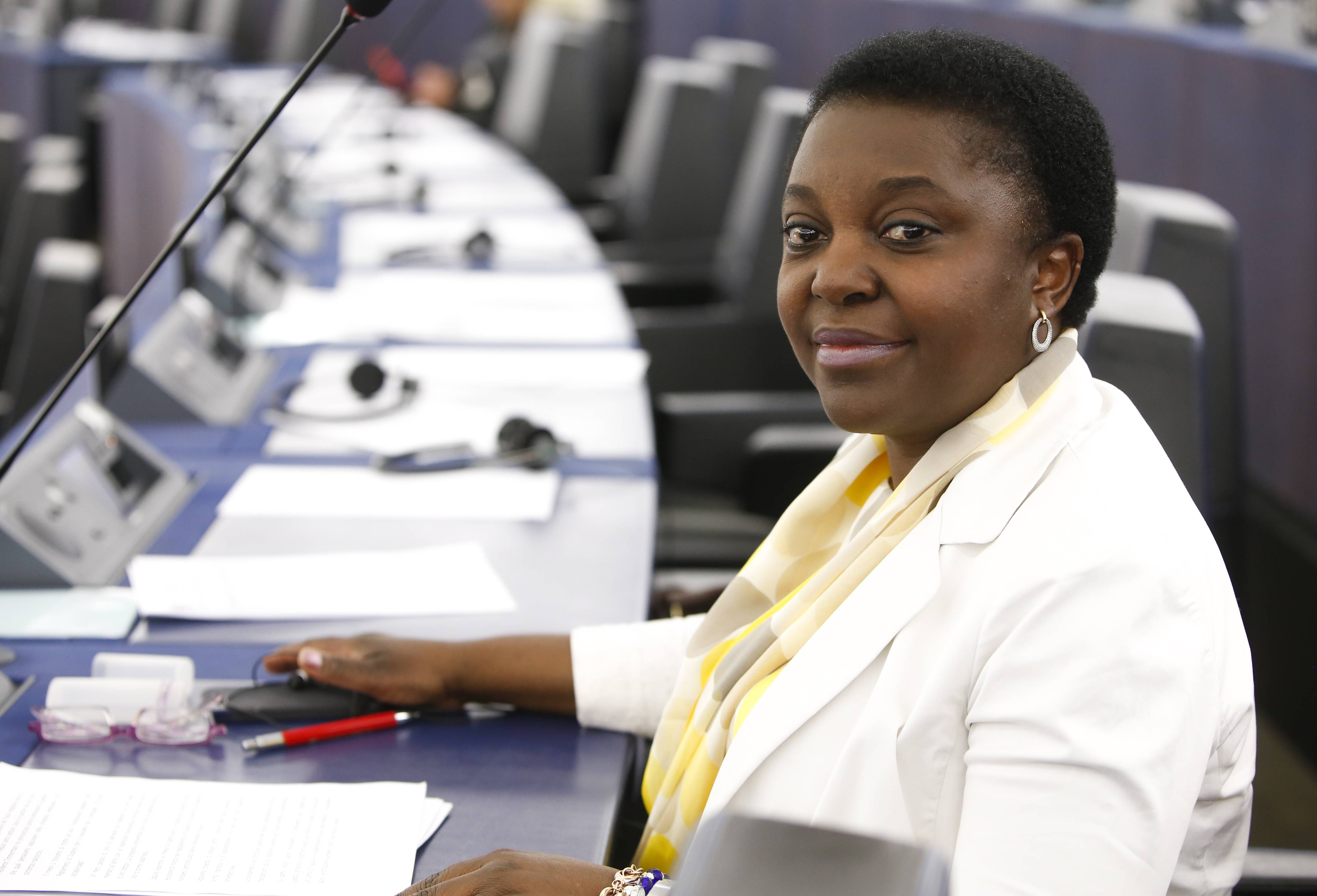 Facing the migration problem means keeping the European project alive. We spoke to the author of a recent report on the issue, Cécile Kyenge, Italian member of the European parliament

What inspired you and your Maltese colleague, Roberta Metsola, to write the report?

From the beginning of the legislation I activated a parliamentary political initiative proposing a new approach by the Union to the migratory crisis. A few months after being elected as an MEP, and the day after yet another disaster in the Mediterranean Sea, we proposed the idea for a holistic approach to the migration phenomenon. An approach which considers all aspects of the phenomenon; saving lives at sea, reception of asylum seekers, taking action against the causes of the migration, the integration of the migrants, the humanitarian corridors and the legal channels for economical immigration. This resolution gave birth to a parliamentary report entrusted to my Maltese colleague, Metsola and to me. Based on the holistic approach to the migratory phenomenon, the parliamentary report, “The situation in the Mediterranean and the need for a holistic approach to migration ” was approved by the European parliament last April.

The only way Europe can govern what is the largest movement of people since the Second World War is by a holistic, global approach to the phenomenon. In the last twenty years the policy towards migration of the EU and its member states has been a complete failure mainly because it is centred on emergency and security. The migratory phenomenon has never really been managed properly.

With the other rapporteur, my Maltese colleague from the European People’s Party group Roberta Metsola, in one year we have managed to do an exceptional job in terms of aligning the positions of our two main political groups in the Parliament, hers and my Socialists and Democrats. This with the intent of presenting a document to Parliament on which we have worked with the full involvement of all political groups, as much as possible with their approval.

On May 13th 2015, the European Commission presented the European Agenda on Migration . The document outlines measures envisaged at European level to respond to the migration crisis in the Mediterranean. The system combines domestic and foreign policies, involving EU agencies and instruments and involving different actors: Member States, international organizations, civil society, local authorities and third countries.

Since the presentation of the Agenda, several steps have been undertaken to address the issue of refugees, including attempts to overcome the Dublin system and the EU-Turkey Agreement . Within this framework, the EP has endorsed a comprehensive EU approach to migration, as emphasized in its resolution of 12 April 2016 .

There are different positions between our parliamentary groups and it is useless ignoring it, but there is a strong political will to define the structure of a common European migratory policy, which is ambitious and based, in short, on the principles of solidarity and equal sharing of the responsibilities between all member states.

What is the position of the resolution adopted by the EP based on your proposal regarding the European commission’s agenda for migration. Is it really possible for Europe to have a holistic approach when facing the immigration issue?

A global approach within Europe is possible and is necessary, even though difficult. It is the only solution to this crisis. My report lays out concrete proposals: this crisis is generated by the crisis of solidarity between member states. Therefore the first phase is to finally create a principle of solidarity between member states as laid down in the treaties relating to immigration and asylum, while today the weight of assistance lies with a few states, such as Italy.
Then, save human lives with permanent sea search and rescue actions by the Union. Supersede the Dublin Regulation creating a centralized European system of management for requests for asylum; supersede the principle of first entry state which penalizes Italy; respect the agreements of relocation of asylum seekers between member states already adopted by the EU; activate visas, admissions and humanitarian corridors directly from the refugee camps in the countries of origin; reinforce European action against trafficking and exploitation of migrants; protect Schengen and the freedom of circulation with a common system of management for external European borders; open legal European immigration channels; promote European action plan for the integration of the migrants; act with third countries on the root causes of the immigration.
The final resolution adopted by the Parliament defined each of these issues with a range of advanced indications which put into discussion the contents of the migration agenda of the European commission.

What are the next steps so that the EP’s resolution can be translated by the Commission into a legislative text? What is the position of the Council and what are the actual obstacles to overcome?

There are various proposals from the Commission on the table, addressing various chapters of the resolution. The main test case is the reform of the Dublin Regulation. Unfortunately the Commission gave up when confronted by veto from some member states, and did not put in place the spirit of the Parliament’s resolution which proposed going in the direction of a centralized system of acceptance of asylum seekers, overriding the rigid principle of first entry state.
Now the European parliament has legislative power over single legislative provisions and so will been able to straighten things out. The most important thing is to override the present Dublin system which regulates asylum claims and applications within the EU. The proposal for the reform of the Dublin regulation presented by the European commission, as it is, is not good. There is no real solidarity and we cannot vote for this proposal. We are even less interested in a substitute proposal such as, “flexible solidarity”.

Have you been able to discuss directly with people while you were working on the report? What is your impression of the knowledge of the European citizens regarding the mechanisms of the European policies?

I conducted many visits “on the field” during the preparation of the report, for example in the reception centres in Sicily, I found an enormous commitment by people for acceptance, while at the same time there was a vulnerability in the public opinion. A vulnerability which has two origins: the feeling of powerlessness in Europe and the influence of populist and xenophobic movements. The European society is infected by the growth of populism, and the responsibility is also political.

The governments of the member states think they are able to control populism, by following it. On the contrary, this egoistic approach by the member states is at the base of Europe’s powerlessness, and paradoxically it is this feeling of not being in control, leaving the problems unsolved, that feeds populism and widespread Euroscepticism. The anti-Europe battle unites with that of the anti-immigrant, with the consequent movement of the electorate towards nationalist and populist parties.

The only way to stop this contagion which threatens to dissolve the process of European integration and to stop the swing to the right in the whole of Europe, is by changing direction while there is still time, filling the deficit of solidarity between member states by finally applying those principles of solidarity and equal sharing of responsibility as laid out in the treaties.
In March 2017 we will celebrate the 60th anniversary of the Treaty of Rome which laid the foundations for the process of integration of Europe. With this spirit and these values, starting with solidarity, we need to go back to get inspiration to move forward with the integration of Europe, otherwise it will definitely decline.