LGBT Croatia, two steps forward and one step back 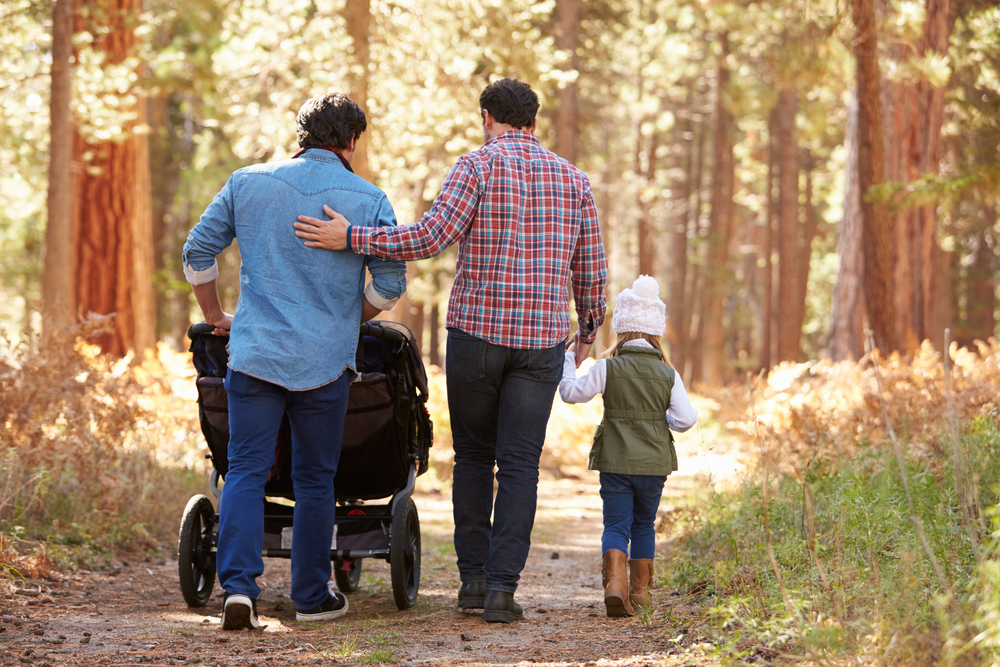 A historic verdict by the Administrative Court of Zagreb grants same-sex couples the right to adopt. The progress, however, was immediately undermined by the Ministry of the Family, which announced an appeal

Two steps forward and one step back. When it comes to LGBT rights in Croatia, this seems to be the general trend: there is progress in the country, but it is always accompanied by some backlash. The latest example came last week. On May 5, the Croatian association "Rainbow Families" (Dugine Obitelji) announced a "historic" verdict by the Administrative Court of Zagreb: for the first time, the judges backed the right to adopt for same-sex couples, paving the way for the achievement of complete equality between heterosexual and homosexual couples. But then the Ministry of Labor, Pensions, Family and Social Policies has announced an appeal, while over the weekend some ultras of the Rijeka football team published a video in which the rainbow flag hanging in front of the town hall is set on fire. Two steps forward and one step back.

The "historic decision" – to quote Daniel Martinovic, president of "Rainbow Families" – was made public last Wednesday. "This verdict opens the door to all same-sex couples interested in adoption", Martinovic told reporters during a press conference held in front of the Zagreb Administrative Court. The sentence was actually dated April 21, but the couple involved – Ivo Segota and Mladen Kozić – preferred not to appear in public and leave "Rainbow Families" and Daniel Martinovic the announcement to the press.

The process involving Segota and Kozic began in 2016, when the two men, just united in "life partnership" (the form of civil union approved in 2014 to grant same-sex couples the same rights as married couples), applied for adoption. Initially well received in the social office in Zagreb, they were soon denied the right to adoption because they were not married, but in a "life partnership".

Since the law on civil unions clearly states that these partnerships are equated to marriage in all respects, Segota and Kozic decided to sue the Ministry of Social Affairs and "Rainbow Families" association granted them a lawyer. The trial was long, but on April 21 the court agreed they were right. For Daniel Martinovic, it was unexpected good news: "We thought we would have to appeal and go to the European Court of Human Rights”, said the LGBT activist, but they won in the first instance.

It is not the first time that Ivo Segota and Mladen Kozic have defeated the Croatian state in court. At the end of 2019, they had completed a similar process concerning the right for same-sex couples to be included in the register of foster families. They were deemed right not only by the Administrative Court of Zagreb, but also by the Constitutional Court, which at the beginning of 2020 ruled that also couples in life partnerships have the right to offer themselves as foster carers. Thanks to those sentences and while waiting for the adoption process to end, Segota and Kozic were able to foster two children (and it is to protect those minors that the couple now keeps a lower media profile). The verdicts had caused quite a stir.

Once again, the result obtained by Segota and Kozic sparked some controversy in a conservative country, where movements close to the Catholic Church managed in 2013 to modify the constitution to limit the definition of marriage to the union between a man and a woman (a Pyrrhic victory, given that life partnerships came the following year...). In addition to the ritual colourful statements, like far-right MP Marko Milanovic Litre declaring that it would be "natural and healthier" for children to be adopted only by heterosexual couples, the reaction of Minister of Social Affairs Josip Aladrovic was, to say the least, ambiguous: no comment on the case, reassurances that the government will respect the court's decision, only to end with the announcement of an appeal.

The most sensational reaction, however, came from Rijeka, where on Saturday evening some ultras from the local football team posted a video in which they set fire to the rainbow flag hanging on the facade of the municipality. The video appeared on the Instagram profile “Riječani 1987” – unofficially attached to the Armada (the ultras group of Rijeka) – and shows two or three people at night as they light a signal rocket attached to a long pole and (after several clumsy attempts) set fire to the flag. In the message accompanying the video, the ultras wrote "this is our response to the recent entry into force of the law on the adoption of children by gay couples", displaying their lack of understanding of the events in question.

The homophobic episode – which seems to date back to last October, when municipality employees found the rainbow flag burnt (the ultras therefore waited six months before releasing an archive video) – obviously attracted several condemnatory reactions, starting with the comments on the ultras' own Instagram profile (now closed). For Daniel Martinovic, however, the events in Rijeka remain "a demonstration of the type of country we live in". "We have already filed a complaint and those who managed that Instagram account will now have to respond for hate speech, but unfortunately this is not the first case", notes Martinovic, citing similar and recent facts in Kastela, Imotski, and most recently at the Maksimir park in Zagreb.

As for the ministry’s choice to appeal, however, the LGBT activist does not lose heart. "It is a pre-electoral move [in view of the local elections this Sunday, May 16, ed.], in fact they have not even specified in what the sentence would be unfair, but they only said that the explanation of the verdict is not clear”, notes Daniel Martinovic. In short, this move by the Plenkovic government would just be a formal one, not to lose face in front of its conservative electorate. But behind the scenes, Martinovic assures us that "the wind is changing".

“The ministry received us two weeks ago and assured us that they are working to make the adoption system faster, more accessible, and more modern. In my opinion, they want to show Germany that Croatia is not Poland or Hungary", ventures Martinovic, who adds "anyway, until I see a same-sex couple adopt a child in Croatia, I don't believe it".