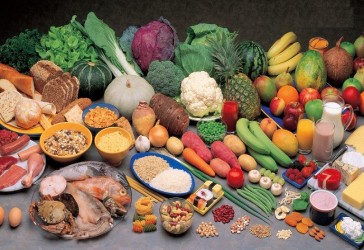 Rising prices and galloping inflation. The expensive life is squeezing Croats as in a clamp. Over a third of an average family's monthly income goes for food. Discontent is growing and might explode in the streets this autumn

"The government cannot stop either the rising fuel prices or the cost of food, but it can alleviate the consequences of the situation and try to contain the inflation rate." This phrase was almost unthinkable just six months ago when Prime Minister Ivo Sanader had promised something completely different. Nevertheless, this is what the Prime Minister stated in the middle of June, recognizing publicly his powerlessness in front of daily price increases, which have started to dangerously erode the already modest standard of living of most citizens.

In the beginning of 2008, the government had promised to fight with all its power to stabilize the gas price at eight kunas per litre (around 1.10 euros), but only shortly afterwards the price reached 10 kunas (around 1.40 euros). If only the fuel prices rose, inflation would still be bearable. However, citizens are especially concerned by how these cost-increases spread to other products, above all on food prices. A Croatian citizen, according to data by trade unions, spends much more on food than citizens in most EU countries.

Over a third of the monthly income of an average family - or, more specifically, 37.60 % - goes for food. Every further rise in food prices only increases that percentage. Even before food prices started to rise, the average Croatian family could not cover the living expenses with their monthly income. In June 2008, only 78 out of 100 kunas spent, were covered by family income. For the rest of 22 kunas in expenditures, families took loans, went into "red" on their bank accounts, or, in many cases, started to sell the "family silver".

In just one month, from May to June, an average family needed 2.24 % more money. With the continuing price rises and the salaries remaining more or less the same, the buying power of the average Croatian salary, which in June was 4,868 kunas (around 676 euros), further depreciates. At an annual level, inflation has already exceeded 7 %.

The last blow to the Croatian standard of living was the 20 % rise of electrical energy prices, which the government introduced on July 1. Because the Croatian power utility is still state owned, the government could exert control and permitted a much smaller price rise than the 40 % increase requested by the power utility. Approving a selective price raise did this; household consumption up to 2,000 kW per year was excluded. However, although the government has been stating that this group of consumers is around half of the Croatian market, it has been demonstrated that the government's initiative is a mere ploy.

The government used the power utility data, which indicated half of power meters in the country consume less than 2,000 kW annually. The problem is that these meters are also in garages, farm structures such as stables or cellars, or summerhouses, where clearly the consumption is less than 2,000 kW per year. However, only very few family houses or flats can stay below this figure.

Rise of the prices of natural gas, trains, and highway tolls has already been announced for the autumn. This will cause a new chain reaction, which will affect many other products.

Croatians are especially sensitive to the price of bread, given that even today in many families, above all poorer ones, bread is the basic food product. The increases in the prices of oil and fertilizers have affected the price of wheat, and subsequently the price of bread.

Trade unions recently organized a one-week boycott of the big supermarket chains, asking citizens to abstain for a week from any purchase, except basic necessities. The action took place after the big increase in the prices of cooking oil, flour, sugar, and other basic foodstuffs. It replicated the Italian experience where a similar consumer boycott managed to restore lower prices for flour, after a sudden increase. Although the unions claimed the action was successful, the supermarkets denied it, and this was confirmed by the fact that prices remained the same even after the boycott.

Some banks have already announced an increase of mortgage interest rates, and media have reported that all other banks would follow suit in autumn. The interest rate will increase by 1 %. This will be one last blow for a country as heavily indebted as Croatia. Croatians owe an average of 3,500 euros to the banks, but the worst affected will be those with mortgages on their houses. Buying a new 50 square meter flat in Zagreb costs at least 100,000 euros. Repaying a mortgage of this amount over a twenty-year period comes down to 775 euros per month. In the autumn, this amount will rise further. Nevertheless, if somebody would want to obtain such a loan, it would take a couple with a combined income of at least 2,325 euros, because banks require a monthly income three times the monthly mortgage instalment. Not many people in Croatia fit this profile, and they will be even fewer starting in the autumn.

Croatia seems to be heading for a hot autumn. The protests last spring, with 50,000 thousand discontent workers who gathered in the streets of Zagreb, could be just a prologue of what could happen in a few months.