Croatia, towards the first ethical bank 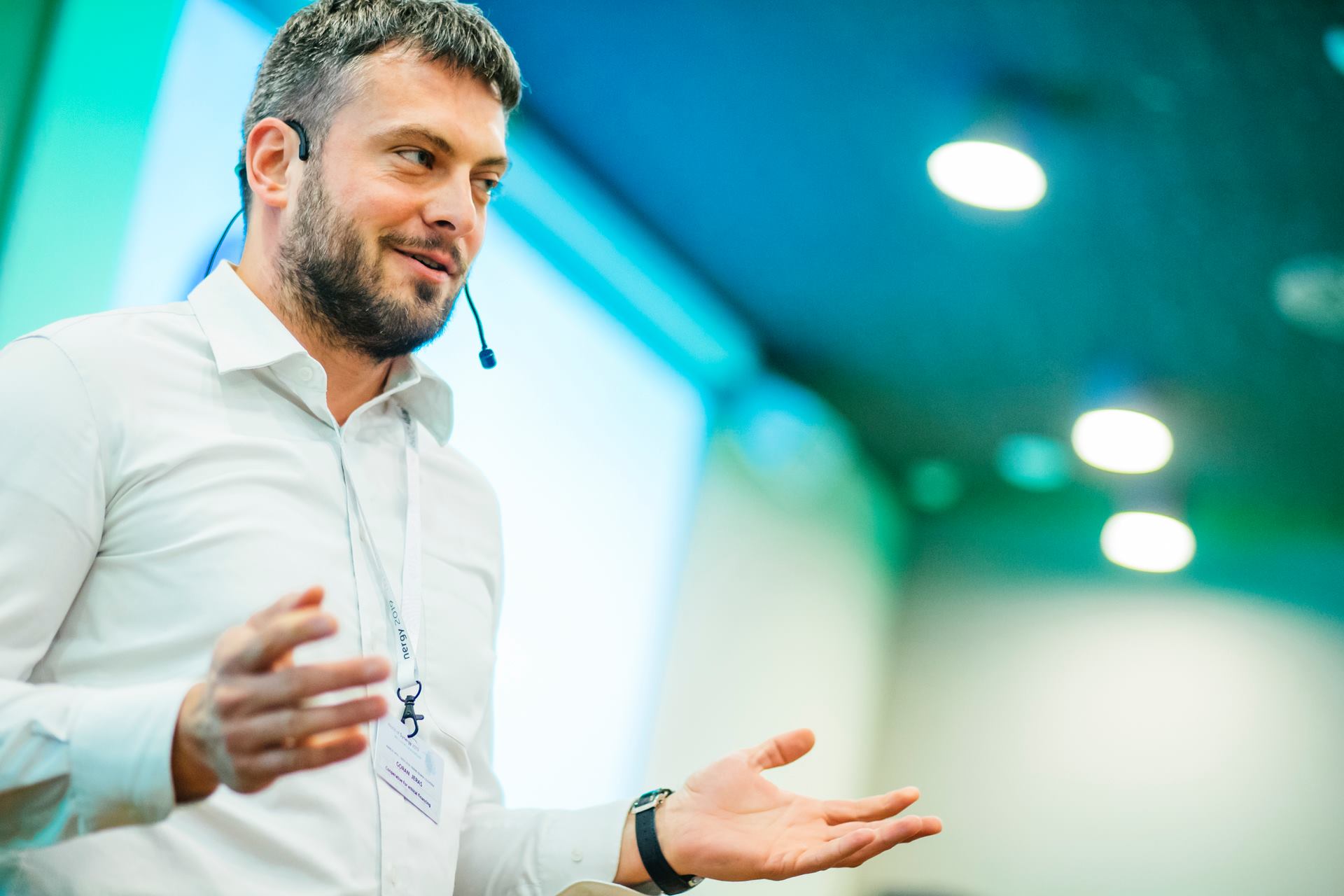 Emigration, economy, and the future of the country on the eve of the European elections. We talked about these topics with Goran Jeras, creator of the first Croatian Ethical Finance Cooperative

On April 27th, the "Cooperative for Ethical Finance" – the largest Croatian cooperative with over 1400 members – celebrated its first five years. Goran Jeras, physicist by education and financial consultant by profession, is the creator of this Croatian experiment. After working in the Netherlands for seven years, Jeras returned to Zagreb in 2013 with the goal of bringing ethical finance to his country. We talked about emigration, the economy, and the future of Croatia on the eve of the European elections.

Coming back to Croatia is an atypical choice in these times of mass emigration. Why did you make it?

It was a gradual decision. Over time, I had become less and less satisfied with my job as a banking consultant. I was shocked at the way the world of traditional finance works, chasing only the maximisation of profit without any consideration of sustainability. So, in 2010, I started studying ethical finance and with some friends I developed an ethical bank model that integrates several existing good practices. Three years later, I had some savings aside, a desire to contribute to my country and to test the model, and I returned.

In Zagreb you created the "Zadruga za etično financiranje" (ZEF), the Ethical Finance Cooperative, which intends to be a springboard to the creation of the first Croatian ethical bank. How far has the project gone?

By the end of the year we should get the license from the Croatian Central Bank. We have already made several attempts in the last few years, but we have encountered difficulties of every kind, motivated above all by the fact that the policy of the Croatian Central Bank so far has been to reduce the number of existing banks, not to increase them. But now the situation has changed, there is more attention for a project like ours, and the cooperative, meanwhile, has taken a significant place.

Have you regretted your decision to come back?

No, absolutely, even though from the first day my parents told me "you're crazy" (laughs). I fully understand those who leave. In Croatia the atmosphere is depressed, one has the perception that there are no opportunities, when in fact the situation is not so negative. This country has great potential.

Ethical finance is no longer a niche phenomenon, nor is micro-credit, which has however very different features in the east and west of Europe. An analysis

What are you referring to? Where is Croatia's potential?

Let's start with the banking sector, which is the one I know best. Croatia has 30 billion Euros in bank deposits. 50% is used by banks to finance loans to consumers, i.e. to put the population in further debt. Another 20% goes into loans to the public administration, while only the remaining 30% is invested in companies. Here in Croatia we are convinced that we are poor and can only carry on with European funds and foreign direct investment, while we could make better use of our deposits. Not to mention the fact that 94% of banks in Croatia are foreign and even the government does not appeal to the only major Croatian bank, Hrvatska poštanska banka (HPB). A poor strategic choice.

Agriculture. In Croatia, an hectare of arable land costs an average of 2,400 Euros per hectare. It is a very low price: in Slovenia, a stone's throw from here, an hectare costs 17,000 Euros, and obviously what grows in Slovenia grows here too. Why are there no more investments in the sector? Then we could talk about renewable energy, sun, wind, biomass... This country has all the characteristics necessary to be 100% powered by renewable energy. And yet…

Yet, many have the impression that the only way to improve their situation is to leave the country. What should the government do to shake things up?

First and foremost, the government should start a dialogue with organisations and companies that have expertise and could help write better laws. An example that involves me closely: the government is writing the new legislation on cooperatives. ZEF is the largest Croatian cooperative. Do you think they contacted us for a meeting? Absolutely not. After that, a long-term strategy based on facts and data would be needed. At the moment, Croatia has several, vague general strategies that often contradict each other. More and inclusive planning is needed.

Today, where do the government's attention and investments go? In which sectors?

Tourism, tourism, and tourism. We are talking about 20-25% of Croatia's GDP. Such a disproportionate relationship is not found in any other European country. However, the government is not concerned with the fragility of such a model, which would crash at the first bad tourist season. Anyway, even the investments in tourism could be made much better. Less than 30% of the sector's revenues remains in Croatia. Hotel chains are foreign-owned and most caterers buy everything they need from abroad. This happens because there is no systemic work, there are no well-structured supply and demand chains. With ZEF we try to do this: let an X company know that neighbouring Y produces exactly what it needs. Often, it is not necessary to go far.

Despite the growth forecasts for Croatia published by the European Commission, are you not optimistic about the future of the country?

Hard to give a straight answer. I am pessimistic when I think that large economic issues, such as Agrokor or the future of shipyards, remain unresolved, as we lack – I repeat – a general strategy based on facts. Croatia's structural problems remain and our growth is fragmented, unsustainable, based once again almost exclusively on tourism. On the other hand, I am optimistic when I look at the initiatives that are springing up more and more frequently in the four corners of the country. There are wonderful people who collaborate, create, use new methods of financing... No one hears about them because there are no promotion channels, but sooner or later the public and therefore the government will notice them and start supporting them. Unfortunately, today, waiting for the government's support is of no use.

This ferment you are talking about in the economic sector also exists in Croatia's political world. Many movements and parties were born in recent months. Is this a sign that the next European elections could bring some change?

Unfortunately, the average Croatian sees the European Union as something abstract and distant. They are more interested in national policies than in those decided in Brussels. So, yes, there are many new initiatives and I think I will support one of these, but I'm afraid that their impact will be limited. It takes time to build an important infrastructure, even at the political level, and for now there are few people involved. However, the European elections will allow these movements to be known and perhaps to grow in the future.

If you were to send a message to a young Croatian, what would you say?

I would say that going abroad is important. I learned a lot in Holland, I could not have changed my way of thinking without that experience. It is useful to see how things work in a more organised country, it helps understand what we could do here. Then, to build something here, you need to be persistent and not give up at the first hurdle. I do not regret coming back, even though it has required a lot of patience. Years later, I see that the cooperative has allowed us to open the debate on issues that used not to be discussed at all. We have succeeded in creating a new way of thinking and, even if we have not yet been able to open the ethical bank, we have made significant progress, while five years ago we looked like aliens. In short, things can be changed. The government constantly repeats that "we live above our possibilities" and therefore we must launch austerity policies. In fact, I think that Croatia lives far below its potential and it is time to start using it fully.

Ethical finance is no longer a niche phenomenon, nor is micro-credit, which has however very different features in the east and west of Europe. An analysis