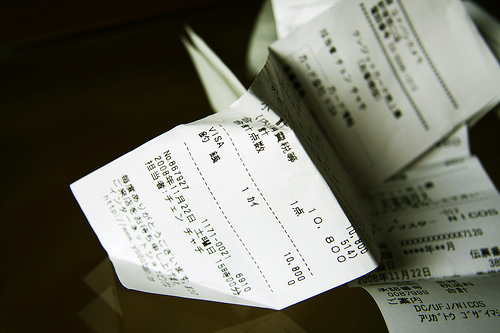 Membership in the World Bank costs Kosovo greatly because it must pay its portion of the old Yugoslav debt. As outlined by the Ahtisaari plan, membership comes despite Kosovo not receiving any assets deriving from the dissolution of Yugoslavia. Belgrade's continuing politics to pay Kosovo's foreign debt, as part of Serbia's general debt, is breaking down

In July 2008, when Kosovo applied to join the world's leading financial institutions - the IMF (International Monetary Fund) and the World Bank - citizens heard promises and plans for securing future development funds for capital investment, but there was little warning that Kosovo had to first pay inherited debts.

At the beginning of July 2009, after they signed the membership accords with the Bank and the IMF, Kosovo leaders agreed to pay a World Bank debt of 231 million dollars for loans obtained during the 1980s in Yugoslavia.

These agreements marked a milestone between Kosovo and international institutions after Kosovo declared independence on February 2008. Many believe that Serbia had agreed to delegate this particular debt to Kosovo but had preferred to not make it a public issue, but rather keep silent.

However, the foreign debt for the newest state in Europe does not end with the World Bank. According to the Serbian government, the alleged debt is estimated to be 1.2 billion dollars. Kosovo authorities, on their side, claim that foreign debt is much less than a billion dollars. Aside from the World Bank, the loans have been negotiated through the Paris Club, an informal group of financial officials from 19 of the world's richest countries, and the London Club - an informal group of private creditors on the international stage.

These loans had financed capital projects in Kosovo during the 1980s, and were signed in the name of Kosovo People's Bank and the Yugoslav Federation. The banks in Kosovo were nationalised during the Milosevic regime in the 1990s, which today makes Serbia the only entity eligible to manage the payments.

Political institutions in Pristina have agreed to repay the money spent in projects implemented in Kosovo. Because of a special clause in the Ahtisaari Plan (developed by Martti Ahtisaari, the former UN mediator in the Kosovo status talks), the Kosovo constitution included responsibility for the debt. Adopted in March 2007, the Ahtisaari plan foresaw an agreement between Pristina and Belgrade on the debt issue. If there was no agreement, then an international arbitrator should mediate the foreign debt.

None of this has happened because Serbia has not signed the Ahtisaari Plan and thus does not feel obliged to it, as the plan recommended supervised independence. Belgrade continues its battle and to demonstrate that Kosovo is a part of Serbia still does not give up on paying Kosovo's foreign debt.

Politicians in Serbia are divided on this issue. Serbian Minister of Finance Mladan Dinkic requests the Government to stop paying Kosovo's debt since it declared independence. After Kosovo announced independence, Dinkic declared, "It is foolish to continue servicing Kosovo's debt," He considers that it is unfair for taxpayers in Serbia to pay for loans taken for constructing facilities in cities in Kosovo where not even a single Serb lives today.

The other camp, led by Prime Minister Mirko Cvetkovic and President Boris Tadic claim that by giving up on Kosovo's foreign debt, Serbia is also giving up on Kosovo. Officials from Serbia's Ministry of Kosovo deeply criticise the idea of not paying the debt, when "we (Serbia) are working to return our economic sovereignty in Kosovo."

A non-nationalistic stand comes from the Brussels-based European Economic Institute, which suggests putting the payments on hold until an international solution is reached for the status of Kosovo.
Yugoslavia's heritage and Kosovo
Kosovo was part of Serbia in 1991, during the dissolution of Yugoslavia when all succession states assumed the debt and assets based on their participation to the economy of the federation (Badinter Arbitration Commission).

Serbia (including Montenegro at the time) had about 38% share of debts, which it would only renegotiate and continue to pay back in 2002 when it renegotiated terms with the World Bank, the Paris Club and the London Club. Economic experts say Kosovo should take responsibility for more than just 4% from Serbia's share of Yugoslav debts, but also the assets.

The economic expert and director of the Institute for Development Research RIINVEST, Muhamet Mustafa, even proposes to officials in Pristina to give up on both debt and assets, as it would save all sides from long procedures.

However, he notes that Belgrade is somehow trying to impose on Kosovo the obligation to pay the inherited debt but not take part in asset succession which benefited constituent regions following the dissolution of Yugoslavia.

Mustafa, who also represented Kosovo in the 2006 discussion with Serbia on economic issues, which were finalised with the Ahtisaari Plan, says, "If Serbia wants to normalise relations with Kosovo then it has to agree on both assuming foreign debt, repay Kosovo for all war damages during the 1990s, including expulsion of 70% of public servants, damages to the autonomous budget worth billions, robbing of pension system and savings worth hundreds of millions of euros."

The Vetevendosje (Self-determination) movement also called on the government not to pay the debt, as outlined by the Ahtisaari Plan, until Serbia repays Kosovo for damages caused during the war and return the country's capital owed to it from the breakup of Yugoslavia.

In case Kosovo decides to take over the debt and pay for loans spent in Kosovo, then Serbia's cooperation is necessary since Pristina does not hold the original contracts and documents supporting the claims.

GAP Institute, a Pristina-based think tank, recommends that Pristina express its willingness to take over servicing of the debt that was used for projects in Kosovo. A GAP position paper notes, "Kosovo should not deny the obligation, and in the path towards developing a sustainable and a respected state, it should recognize the moral obligation to take over the debt that belongs to Kosovo."

These calls come at the time when Kosovo is preparing to ask for loans to fund capital investments. The head of the institute, Shpend Ahmeti, stresses further that Kosovo should have asked from the donor conference in July 2008 to repay all its foreign debts, instead of pledging 1.2 billion euros in projects.

Ahmeti says, "Kosovo would get rid of an old burden, avoid inflation, while now most of the project money from the donor conference is spent on consultants coming from EU countries."

Upon the recommendation of IMF, Kosovo has, since 2008, set aside 50 million euros from its budget in order to be prepared to pay for its foreign debt. Currently the IMF warned the government on its increased expenditures, arguing that it is spending more than it can afford and is adopting laws without being certain it can support them financially. The body has also appealed to abandon plans for increasing public sector expenditures before local elections in November this year.

Serbia could put more pressure on the Kosovo government and allocate the rest of the debt it is paying to Paris Club and London Club. However, such a move would mean that Serbia acknowledges Kosovo as an international subject towards world bodies, as demonstrated with Kosovo's World Bank debt.

Serbia, alongside Bosnia and Herzegovina managed to secure loans worth hundreds of millions of euros recently, an indicator of a serious borrower, which Kosovo has yet to prove. This means that Pristina has to set aside more than 50 million euros a year in order to handle the inherited debt and the fresh loans - with which it wants to finance road-infrastructure projects and its new energy plant.

In the future, when the Kosovo government proclaims "victories" such as IMF and World Bank memberships, it would be good to inform the citizens/taxpayers, as an indicator of responsibility, the burden brought by being an independent international subject.