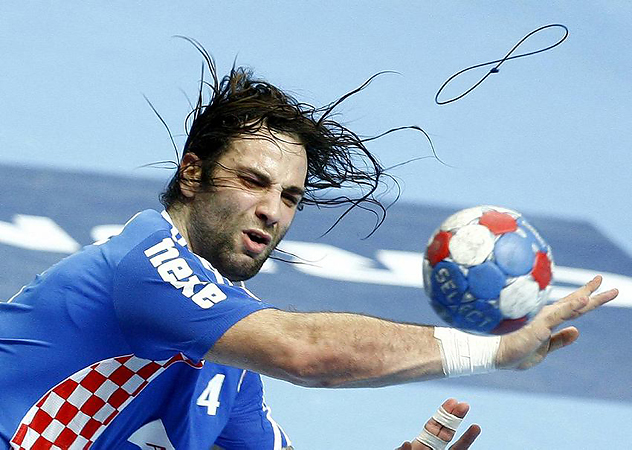 The global economic crisis is at Croatia's doorstep. The budget deficit is on the rise, industrial production is in decline and external debt stands at 36 billion Euro. For now, public debate is monopolized by the world handball championship but economists foresee a rude awakening

Croatian finance minister Ivan Šuker, who always appears calm and optimistic in public is, no doubt, unsettled by the data his associates presented to him recently. In the first two weeks of 2009 only, the government had collected just 37% of the tax revenue garnered during the same period last year. This means that the government's account is completely empty. In the last two weeks, the government has spent 5.8 billion kunas, est. 780 million Euro, that is to say, two times more what it has managed to collect. The poor revenue from the VAT (value added tax), which in Croatia has a fixed rate of 22%, did not ameliorate the situation.

Another factor: new legislation, implemented on 1 January, prohibiting commercial stores from working on Sunday. Traditionally, Sunday is the day when stores register their largest revenue. But now, just two weeks since the enactment of the law, the government is already second-guessing the ban and considering lifting it.

Nevertheless, the major factor in such a dramatic decline in tax revenue is the global economic crisis. The crisis has gripped Croatia more quickly and drastically than expected.

At the same time, the National Institute of Statistics released the bad news that the growth rate of industrial production in 2008 was only 1.6% - the lowest rate in eight years. In contrast, growth in 2007 stood at 5.6%. No one has dared forecast the production growth for this year yet. Due to the recent crisis between Russia and Ukraine, gas restriction for the industrial sector lasted until 20 January. The word is that damages were huge, but statistics have not yet been released.

At the end of last year and before finalization of the 2009 Croatian Federal Budget, Prime Minister Ivo Sanader attempted to convince the trade unions of the necessity of salary freezes in the public sector. Freezes were proposed as a means to alleviate the effects of the economic crisis. The unions did not accept the proposal and the government then presented a modified version of the budget. It is not clear how this budget will be realized as the government cannot feasibly shoulder any more debt: the foreign debt is 36 billion Euro and securing new loans for repaying the old ones is increasingly difficult and expensive.

Stories of workers laid of from factories hard hit by the fall in orders appear daily in the nation's media. Banks have announced, and then immediately suspended, the decision to raise interest rates, but everyone knows it is only a matter of time before rates are inevitably raised. Thousands of people fear this rise, especially those who have to repay loans or who risk remaining unemployed. The construction sector, which experienced strong growth in recent years, is now facing a decline in demand. Citizens find it ever more difficult to buy real estate: banks are more restrictive when it comes to loans and a fear of rising interest rates has stopped many from taking the risk of buying a new home.

Even though the crisis has transcended Croatia's borders, the political situation is still stable. Spending in December, traditionally the month with highest spending, was much smaller compared to a year ago, but not to the extent to be a cause of serious concern. Around 250.000 Croats went on a sky holiday, many more compared to previous years. Media estimated that between 50 and 100 million Euro would be spent abroad.

For days now, the crisis has been described as a paper tiger not to be feared. But with new worrying figures about the decline in trade and government revenue, the tiger has grown more menacing .

Economic analysts are by no means optimistic and warn that this is only the beginning. They say the real crisis has yet to arrive and as the situation worsens from month to month, popular discontent will grow.

For the moment, the entire country is absorbed with the most important sports event ever to have taken place on Croatian soil - the World Handball Cup, which began on 16 January and will take place until 1 Feburary, 2009. People are in a state of total euphoria hoping that the Croatian national team will succeed in winning the championship. At present, no one is thinking of the crisis. Seven new sport arenas, built at a cost of around 500 million Euro, are crowded with fans, which confirms that the old Latin proverb panem et circenses, bread and circuses, is still valid. (The proverb refers to government overtures to appease the public with food and entertainment).

Prime Minister Sanader and his ministers know all too well that the somnial happiness of the World Handball Championship will not last forever and that an awakening will come very soon. In order to demonstrate to citizens that they are also affected by the crisis, salary cuts for Ministers and MPs have already been announced. How much consolation this will be to those who will shortly be jobless and/or unable to make ends meet will be clear as soon as the referee's whistle signals the championship is over.