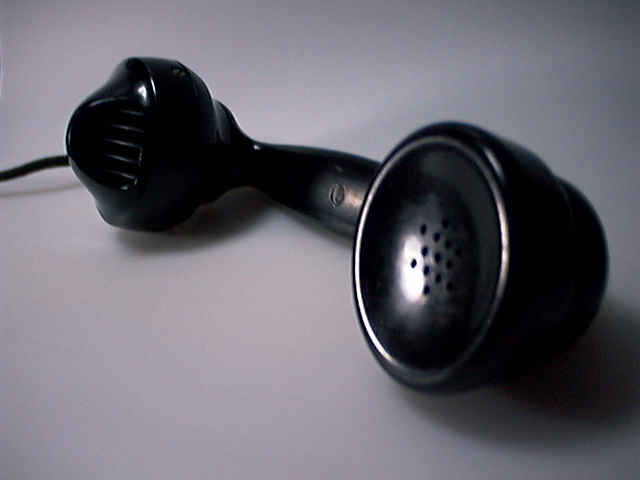 A citizen from Skopje climbed a telephone post last month and cut the wire. A final individual act of bitter resentment against the monopolistic behavior of Macedonian Telecom. This is but the most radical of citizens' outcries against the arrogant conduct of the Telecom over the past 4 years in Macedonia

A citizen from Skopje climbed a telephone post last month and cut the wire. A final individual act of bitter resentment against the monopolistic behavior of Macedonian Telecom, the only landline phone operator in the country. He said institutions couldn't protect him from the brutal behavior of the company, which had disconnected its phone after two unpaid bills.

This is but the most radical of citizens' outcries against the arrogant conduct of the Telecom over the past 4 years in Macedonia.

The Macedonian government sold 51% majority stake of the national Telecom to a Hungarian company by the name of Matav, a subsidiary of a huge multinational - Deutsche Telecom, back in 2001.

The Telecom controls 100% of the landline communications in the country, being the only service provider, and through its subsidiary Mobimak, it has more than 65% of the mobile telephony market share in the country. It is the richest company in Macedonia. And the most hated one.

Ever since the takeover, the prices of phone services started to go up, with a regular pace of one raise per year. Today, Macedonian citizens pay for telephone up to four times more than what they were paying back in 2001. People are canceling their phone lines. Home access to the Internet is extremely low. In an age when technology provides for huge reduction of communication costs, Macedonian citizens experience multifold increases. This does not only contribute to the day-to-day impoverishment of the people; it has a long term developmental cost.

The government, being a partner in the scam, lays a fight it tries desperately to loose. It objects to the behavior of the Telecom and to the price raises, but at the same time collects the dividend on its 47% minority stake in the company. Last year it received 45 million Euros. It constantly pledges to liberalize the market yet it bides its time in producing the necessary legislation. Only recently was the necessary regulation passed that obliges the Telecom to share its network infrastructure with other potential operators.

"We enacted the essential normative acts which create the basic preconditions for opening of the market", said Kosta Trpkovski, director of the Agency for Electronic Communication. He is an optimist that by next year new operators will be able to enter the market which would break the monopole of the Telecom.

If that happens, it would be with only 1 year or more of delay, counting from December 2004 when the Telecom lost its privileged position of being the only provider - a benefit that it earned with the very murky sales deal from 2001. One year means more than 100 million euros of pure profit for the company. Its estimated profit for the first 6 months of 2005 was some 75 million. The company's director, Atila Sendrei, was recently praised by his bosses for the huge profits and the successful cutting of costs. The company had been laying people off throughout last year and it announces new layoffs for 2006.

Slowly realizing the political weight of being in bed with the Telecom, and what that means for its image ahead of the 2006 national elections, the government announced it would sell its stake in the company. The thing is - the value of its 47% is at present unknown, as the Telecom stocks do not feature at the stock exchange.

Experts say selling at this moment in time is economically a complete madness.

"The government acts is it owns 0, 1% and not 47%. It must retain its stock as the dividend for next year is potentially huge. As long as the company makes huge profits, the government must not sell", commented insiders.

Brussels has been continuously pointing out to the situation in the Macedonian communications sector and objecting to the ineffective attempts for dismantling the monopole.

The last opinion of the Commission which recommended candidate status for Macedonia also comprised objections to the state of the communications in the country.

The Telecom reacted to a recent statement of a Brussels diplomat that "in Macedonia there is no political will to end the monopole" with lament of the innocent - writing a letter to the Commission saying that in Macedonia legally there is no monopole. That is, legislation has been enacted that aims to liberalize the market.

Does this feel like an insult to one's intelligence or what? This is how Macedonian citizens have been feeling for several years now.

NGOs have been fighting by running public campaigns but with no real effect, at least for the time being. They have been calling upon the citizens to leave the phones open, not to pay the bills, or not the pay the subscription fee which they are challenging in court, etc. Perhaps some of their legal action in court could yield with some result in a mid term.

Recently the Public Defender (Ombudsman) took sides with the NGOs and joined their allegations of illicit conduct by the Telecom.

A recent report commissioned by the EU, which analyses the state of the communication sectors in the SEE, reads that the countries of the region are still far from full liberalization of their markets.

What Macedonia is undergoing today is practically the same path Croatia had to go a bit earlier. Croatia too sold its communications to Deutsche Telecom in 2001 and it had to put up with literally the same indecent price hikes and tricks for undermining competitors. Only, the Croatian government was faster in dealing with it.

Montenegro seems to be next in line, as it also sold its telecom to the same multinational in the beginning of this year. Practically all the small, new countries in the region fall prey to the sly multinationals operating in the lucrative, fast developing telecommunications markets.

Macedonia too has no other way to go but gradual liberalization. Only the price its citizens had to pay and are still paying is really huge. And it is not only because of the greedy behavior of a big corporation. It is on account of the poor and irresponsible governance by their politicians.

It is always difficult to say what exactly pushes citizens to go to the polls and cast the vote. In the Balkans - anger is definitely one thing. And the Telecom has surely provoked a lot it. And not the least with its arrogance.