The cold summer between Sofia and Skopje 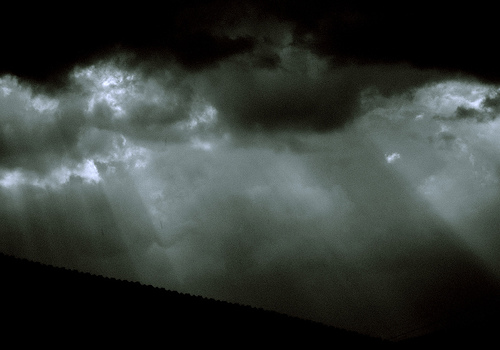 In 1999 Macedonia and Bulgaria signed a bilateral agreement, wherein they committed not to interfere with each other's internal affairs. Since then their relations have been quite friendly, in spite of the old quarrels about history and language, which have never been solved and keep re-emerging

After some years of good and proper relations, the summer of 2006 marked a period of coldness and exchange of accusations between Bulgaria and Macedonia. It all started at the end of July, when Bulgarian Foreign Minister Ivaylo Kalfin, during an operational meeting in his Ministry, stated: "We support Macedonia entering in the EU, provided that aggressions against the Bulgarian nation and its history stop."

The reason for these statements, t not linked to any particular event occuring in those days, seems to be rooted in some nervousness about the re-establishement in Bulgaria of the Macedonian ethnic party "OMO-Ilinden Pirin", but also in the controversy concerning the Bulgarian citizenship recently acquired by Ljubco Georgievski, former prime minister of the Republic of Macedonia.

Some political analysts openly talk of an electoral move, in view of the next presidential election. In Bulgaria, though, a political debate is developing over the consequences of the easy procedures to obtain a Bulgarian passport, used primarily by Macedonian citizens, while the country is on the threshold of its admission to the EU.

Thursday 24th of July. An operational meeting is taking place a the Ministry of Foreing Affairs. The Minister, Ivaylo Kalfin, has gathered the diplomatic representatives of the country abroad. A normal meeting, at least until he starts to talk about the current diplomatic relationships between Sofia and Skopje.
"Bulgaria will keep supporting Macedonian nomination into the EU structures", Kalfin declared to the present ambassadors and reporters, "but insists that the authorities of that country respect the correct rules of good neighbourhood and stop every kind of aggression against Bulgarian nation and its history".
The statement was too strong to be disregarded, and the news soon got out of the Ministry. "It is not normal that our support is unconditional", Kalfin soon added, "because we think that there are some principles to be respected" .

For the first time the Bulgarian Minister of Foreign Affairs uses such a drastic tone in speaking about the neighbouring ex-Yugoslav Republic. The Macedonian ambassador in Sofia, Abduraman Aliti, expressed his surprise regarding Kalfin's words, and immediately asked for a meeting to obtain explanations. But when Aliti was proposed to meet a junior officer instead of the minister, he resolutely refused.

The controversy peaked on 28 July when, during an official visit in the north-east Bulgarian region of Dobrudzha, Kalfin accused the director of the Macedonian cultural centre in Sofia, Stefan Vlahov Mitzov, to be among the elected leaders of the ethnic Macedonian "OMO-Ilinden Pirin" party, re-established about a month earlier. Kalfin called it inadmissible for a Macedonian diplomat to take active part in Bulgarian political life, and asked the authorities of Skopje for explanations.

Mitzov is a Bulgarian citizen, and became director of the Macedonian cultural centre in April 2005, when it was inaugurated by the Presidents of the two countries, Georgi Parvanov and Branko Crvenkovski, who both defined it "an extraordinary step for our people to become closer". Mitzov strongly denied his involvement in any Bulgarian political party. The Macedonian embassy sent to the Bulgarian Ministry of Foreign Affairs an official note, supporting the director of the cultural centre.

In 1999 Macedonia and Bulgaria signed a bilateral agreement, in which they committed not to interfere with each other's internal affairs, and to stop every kind of mutual "negative propaganda". Since then the relationship between Skopje and Sofia has been quite friendly, in spite of the old disputes over history and language, which have never been resolved and keep re-emerging from time to time.

Friendly relations between the two countries seemed to have peaked just two months ago, when, during an official visit in Macedonia, Bulgarian prime minister Sergei Stanishev proposed to his counterpart, Macedonian premier Vlado Buckovski, a joint celebration of some national holidays, like the one that recalls the "Ilinden insurrection" of 1903 against Ottoman rule.

What has happened since then? Many people, especially in Macedonia, affirm that the Bulgarian diplomatic nervousness is due to the re-establishing of the party of the Macedonian minority in Bulgaria, "OMO-Llinden Pirin",which, having been declared illegal by the Constitutional Court, was dissolved in February 2000, since ethnic political parties are explicitly forbidden by the Bulgarian constitution.

"Omo-Ilinden Pirin", however, was re-established on the 25th of June 2006 by a few hundred delegates who gathered at Gotze Delchev, a town in south-western Bulgaria. In Sofia, where the issue of Macedonian ethnic minority is a taboo many believe that the party has been organised with decisive support of Skopje intelligence services, and its rebirth caused very negative reactions.

In a long editorial in the newspaper Dnevnik, Stoyana Georgieva, editor in chief of the information portal Mediapol.bg claims that the true reasons of Kalfin's declarations are not to be found in the "OMO-Linden Pirin" issue, nor in the recent controversy concerning the Bulgarian citizenship of Ljubco Georgievski, former Macedonian prime minister, but rather in the electoral strategy of the Bulgarian president Georgi Parnanov. Through Kalfin, who used to be his personal adviser, Parvanov would try to increase his influence on the nationalist electorate in view of the next presidential elections, and bashing Macedonia is seen as part of this strategy.

Beyond the immediate effect on the ongoing controversy between Macedonia and Bulgaria, Ljubco Geogievski's new Bulgarian passport triggered a wide debate in Sofia about the true meaning of Bulgarian naturalization, which in Macedonia, as well as in other countries like Moldova and Ukraine is seen as a possible entrance ticket to Europe, since Bulgaria is expected to enter the EU on 1 January 2007. The procedure to obtain a Bulgarian passport is quite simple: it's enough to demonstrate ones "bulgarity" to have it. So every member of the Bulgarian-speaking minorities in Moldova and Ukraine, as well as the majority of Macedonian citizens belonging to the Slavic ethnic group, have, at least in theory, the possibility to become Bulgarian citizens.

The problem is that, with the approaching admission of Bulgaria in EU, the number of applications has considerably increased, and as many as twelve thousand new Bulgarian passports are issued every year. Often the applications are made not so much for "patriotic" reasons, but rather economic ones. For many intermediaries, as Aleksandar Aleksandrov points out in "Sega" daily newspaper, the "passport business" has become a real big source of income. Every application costs from one hundred to five hundred euros. These numbers, multiplied by thousands, amount to a large sum of money.

Recently the EU itself has required a more restrictive policy concerning new passports, and the vice President Angel Marin, who has the last word on naturalization, assured the European institutions that the number of passports issued per year will be reduced to six thousand.