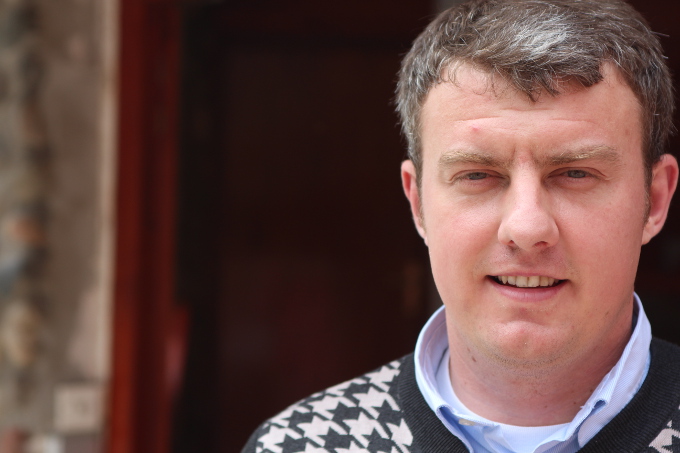 After the war, Dule was one of the first Bosniaks to return to Srebrenica, where he opened his restaurant. One year after his death, his son Avdo traces the family history

When did the restaurant Misirlije open?

Many years ago! I was six years old when my father, Abdulah Purković Dulac – but everyone called him "Dule" – opened it. It was a family restaurant, run by my parents who were great cooks. But then came the war and, like almost everything here in Srebrenica, it was destroyed.

Seven days before the outbreak of the war – it was towards the end of March, after days of tension when the TV gave news of the first armed conflict in Bosnia and people were frightened – we got a call from my mother's brother in Tuzla. He told us: "You are so close to the border (with Serbia) and maybe it's better for you to get away for a few days until the situation will calm down". So my father took us all – me, my mother, and my two sisters – to Tuzla and soon returned to Srebrenica to keep the restaurant open. This shows he could not even conceive what would come. In seven days, roads were blocked, any communication was impossible, paramilitary troops entered Bosnia and Herzegovina, and you know the rest.

The four of us stayed in a refugee camp in Tuzla for a long time, while my father spent the whole war under siege in Srebrenica. Here he began to volunteer at the hospital, helping operators of the international organization MSF – Doctors Without Borders. When Srebrenica fell in July 1995, it was thanks to MSF that my father was able to get out, together with other civilians MSF had managed to save.

When the MSF jeep arrived in Tuzla, I did not know that he was with them. I remember that we all gathered around the car and I was there, wondering who they were. One by one they got out of the car and my father was among them, but I did not recognize him at all. I had lost all memory of his face and figure... Of his 105 kilos only 50 were left, the rest was taken away by the hunger of years of siege.

He was one of the survivors of the genocide. Yet, Dule decided to return to Srebrenica. Why?

The early postwar years were hard. The atmosphere was gloomy, the memory of the terrible things that had happened was fresh, as displaced people we were constantly moved from one place to another... I changed five primary schools. In 2000, my father resolved to claim back his property in Srebrenica, and so obtained the right to return. Like him, other refugees and displaced people began to fight to return to their homes, it was a very difficult process.

Abdulah Purković Dulac is one of the persons interviewed by Andrea Rossini for the documentary "After Srebrenica" (2005).

Dule Purković's testimony as a survivor of Srebrenica was included in the report by the NIOD (Netherlands Institute for War Documentation) “Srebrenica. Reconstruction, background, consequences and analyses of the fall of a 'safe' area ”, the publication of which led to the resignation of the Dutch government

In 2000, my parents applied to get the house back. They succeeded after great difficulty, because in the meantime it had been given to other people. They were fighting against a system in which the houses of Bosniaks were given to former Serb combatants, as a reward for valour in war, with lots of documents stating that the property was no longer ours. But then, the OHR started a strong campaign for the restitution of property and people's right to return to their places of origin, especially for the Bosnian Serbs to the Federation and Bosniaks to RS. All this happened in an atmosphere of tension, insecurity, fear and terror at the thought of going back where friends and relatives had been massacred. In those days you had to keep cool, ignore provocations, and have a lot of patience. It was not at all easy.

But my father was strong, and in 2002 we were able to come back. Our house had three floors and at the ground floor, where there used to be two garages, my parents started the "new" restaurant, as the original one had been completely destroyed. So, improvising, they started with a gas stove, three tables, ten cups. It was the beginning of what Misirlije is today, a restaurant and a forty-bed guest-house...

Returning to Srebrenica – that the Dayton accords had deemed part of Republika Srpska and after the war almost entirely inhabited by Bosnian Serbs – was seen as a heroic gesture...

Yes, what he did was very important from a symbolic point of view as well as an example for other friends and acquaintances. In addition, all displaced persons in the Muslim-Croat Federation had no right of permanent residence, we could not stay long in the same house because it rightly had to be returned to its rightful owner. We were regarded as dispossessed, or treated as stray wanderers, as if we did not have roots, traditions, culture, education... I think that by 2000 these people had reached their limit of endurance. At the same time, in those years we could begin to see the reconstruction, the opening of some companies, the structuring of a management system for the country.

Moreover, it must be said that at that time we had several external factors to help us. There was a strong presence of foreign NGOs together with the OHR, UNDP, OSCE and a high number of foreigners, especially in Srebrenica, who worked in order for the situation to calm down and Bosnia and Herzegovina to come to a sustainable condition. All this started a significant return process, which however stopped after 2005.

A situation developed that has prompted people to leave. People were returning to their homes, but this was not matched by the opportunity to find work and make a living. So, a counter-exodus started since 2007. To date, although there is no census data, I estimate that 3-5,000 people live in Srebrenica... Before the war, it was 36,000.

After your father died in January last year, you decided to continue in his footsteps and take over the management of Misirlije. Who are your customers and why do they come to Srebrenica?

Guests come from all over the world, mostly to visit the Potočari Memorial and to make the "journey of memory" of what happened in July 1995. Many are students who come from Austria, the Netherlands, and Italy. But we also have visitors from the United States, and last summer groups arrived from Australia, having included Srebrenica and the Memorial into their trip to Europe.

Why do you think visitors mainly come from those countries?

As for the Austrians, it is because of the historical link. Bosnians feel a certain closeness to Austria, because it ruled here and much of the infrastructure we have today is legacy of the Austro-Hungarian period – the streets, universities, town halls, libraries, schools, state institutions... Despite the long temporal distance, the friendship between the two countries has stayed.

For me, Italians and Bosnians share a similar temperament, some ways of doing, of socialising. Even if they do not speak the same language, they are able to understand each other all the same – it's amazing! And then they were here in the period of post-conflict reconstruction and many Bosnian refugees found shelter in Italy.

As for the Netherlands, I would say it is because their soldiers were stationed here in 1995, under the UN flag, with the task of monitoring the protected area of Srebrenica. Years later, those events caused the fall of the Dutch government and the media in the Netherlands talked about what happened all the time. So, many ordinary Dutch citizens heard of Srebrenica and decided to come to our aid. Many Dutch NGOs worked here and still do.

Among the Dutch guests there are also many ex-soldiers. They come every year, sometimes even several times during the year. I met most of them... Back then they were just boys who found themselves in the role of simple soldiers under the orders of the chain of command. After what happened, the public opinion condemned them and for them it was tough. I do not think that individual soldiers have faults, because they did not have the opportunity to do more. They had received orders not to react, to maintain the status quo... If anything, the responsibility lies with the UN leaders.

How do they live today?

The many I have met in person have suffered from severe post-traumatic stress disorder. Most of those who were married have divorced, many have become "dysfunctional subjects", i.e. they cannot live a normal life and are in psychiatric or psychological care. Some committed suicide.

In Srebrenica there have been dozens of international organisations. Donations have been huge, yet today Srebrenica is a desert...

I think that Srebrenica is still held hostage – hostage of our policy, of both Bosniaks and Bosnian Serbs. The funds from donor countries transited from Banja Luka and Sarajevo and were drained by the elite. Most of that money ends up in the pockets of the small circle of politicians and administrators. What makes it here ends up for just a small part in the hands of the people who would really need and deserve it, that is, those who really want to live here and work hard. It happens all over Bosnia and Herzegovina, but especially in Srebrenica.

We have natural resources, land, water. Yet, until someone from outside, an external force, comes to show us the way or take over everything, here there will be no life. The majority of the population does not change, remains passive. People have lost the ability to engage, to work, to act fairly and honestly, according to certain principles and values that I – as my father did – consider essential to normal life, even more so after a devastating conflict.