Srebrenica: the needs of the victims 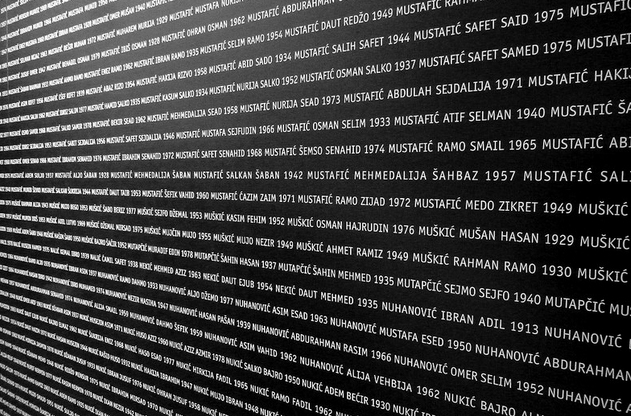 The stand of the Council of Europe Commissioner for Human Rights ahead of the Srebrenica commemoration. Addressing the needs of the victims of the genocide must be the priority

The Srebrenica genocide is one of the vilest episodes of Europe’s contemporary history. In just a few days in July 1995, around 8 300 boys and men were executed while 30 000 women, children and elderly persons were forcibly displaced. Twenty years on, the victims of that genocide are still haunted by the political failures which have left them without redress.

Some progress has been achieved in establishing accountability and bringing war criminals to trial. The work of the International Criminal Tribunal for the former Yugoslavia has been instrumental in this sense, in spite of initial strong resistance. This process must continue, as justice represents a crucial element in coming to terms with the past. But as we commemorate the victims of the Srebrenica genocide, we must not forget about the other needs of the victims.

When I first went to Srebrenica two years ago for a commemoration of the victims of the genocide, I could observe how badly the survivors and the victims’ relatives were lacking full access to social and economic rights as well as the necessary recognition required to begin rebuilding their lives. That situation rendered them more vulnerable and cultivated feelings of insecurity and despair. Regrettably, little has improved since then, and a stalemate has prolonged and deepened the suffering of the victims. Worse still, political discourse in Serbia and in the Republika Srpska which demeans or blatantly denies the Srebrenica genocide twists the knife in the wound and hinders the process of much needed reconciliation in Bosnia and Herzegovina and the Balkans in general.

First of all, justice must be pursued. We all know that it takes time to identify, try and punish war criminals. However, this cannot be used as a pretext to shirk the obligation to establish accountability and confront the past. Good examples exist and must be used as a catalyst for further progress. Last March, for example, Serbia’s police arrested eight men suspected of involvement in the killing of more than 1,000 Muslims on the outskirts of Srebrenica. This came as the result of co-operation between Bosnian and Serbian prosecutors, whose work represents one of the few glints of hope for the victims, and as such must be sustained and shielded from political interference.

Secondly, victims must be supported. Bosnia and Herzegovina must finally provide civilian victims of the Srebrenica genocide with adequate social protection, eliminating unequal treatment between civilian and military victims of war. Improved legal assistance should also be provided, so as to ensure that victims can assert their rights and obtain reparation.

To alleviate the prolonged suffering of the victims’ families, it is of paramount importance to speed up the identification of all genocide victims and the clarification of the fate of those who remain missing. Many mass graves containing the corpses of people executed in Srebrenica have not yet been exhumed, partly because they lie in areas which are still peppered with landmines. There must be a stronger commitment to resolving these issues. Serbia in particular should open its military and police archives to disclose the information necessary to identify the mass graves, and it should play a more positive role in facilitating the demining efforts and in sustaining the activities to find and identify the bodily remains of those executed in and around Srebrenica.

Thirdly, education must be more inclusive. Mono-ethnic schools and the “two-schools-under-one-roof” system which characterise Bosnian education constitute an anachronistic approach which only serves to perpetrate the ethnic divisions which lie at the root of current and past tensions and heavily undermine reconciliation and peace. The education system must promote a genuine knowledge of history in order to facilitate understanding, tolerance and trust between individuals, especially the younger generations. To this end, school books in Serbia and Bosnia and Herzegovina must include an objective testimony of the Srebrenica genocide, portraying it without political or ethnic connotations. Such an impartial teaching of history serves as a powerful antidote to future tensions and represents a fundamental element of any cohesive society.

The Srebrenica genocide has become a symbol of the serious human rights violations that occurred during the wars that dissolved the former Yugoslavia in the ‘90s. Unfortunately, progress in confronting the genocide’s legacy has been too slow, hijacked by political tensions. Bosnia Herzegovina and Serbia must overcome this politicisation of the genocide, take a step back and refocus their energies on the victims’ needs for justice, decent living conditions, and recognition.