The Netherlands and Srebrenica: the burden of guilt

The Netherlands and Srebrenica, limited liability 25/07/2019 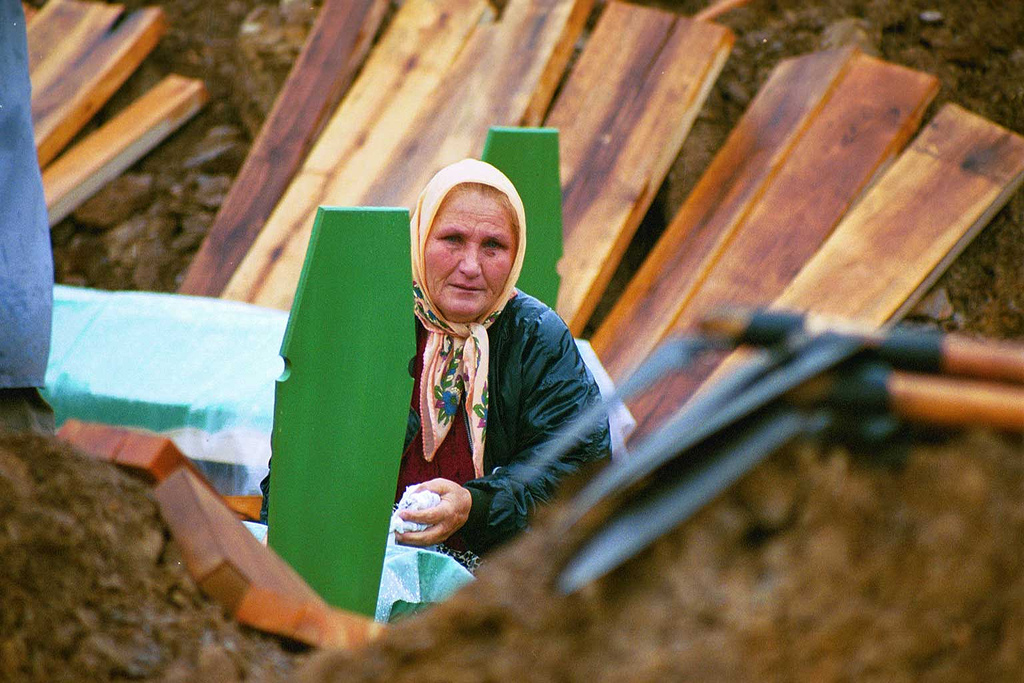 The Dutch government is the one that has invested the most in the city's reconstruction since the end of the war, targeting infrastructures, the Potočari memorial, and the search for the victims' bodies

"Forgive us if we will not discuss the details of our activities in Srebrenica", people hedge at the Embassy of the Netherlands in Sarajevo.

With the approaching of the 20th anniversary, the office is clearly under pressure, with Dutch media asking about projects carried out by their own government – how much money has been spent and how.

The question that comes up most often is whether some of the funds ended up in the pockets of Bosnian politicians and administrators, and whether aid management has been transparent.

Although under pressure, the Dutch administration so far has been one of the most diligent in providing details of activities in Srebrenica and, on the whole, definitely one of the most transparent ones.

The aim, most likely, is to highlight to the public what has been done by the government for the residents of the city, after the blue helmets of the Dutchbat were not able to ensure the safety of the enclave in July 1995.

According to official data provided by different governments, the Netherlands' is by far the one that has invested the most in the reconstruction of the city: "The total exceeds 120 million Euros", briefly stresses the Embassy. To be precise, the total figure is EUR 122,686,216.40 (nearly 250 million marks in local currency).

The amount is huge, especially when considering that, after the Dutch, the governments which have spent the most for the city are the United States and Italy, and for both the total figure is around ten million Euros. The Netherlands has then spent ten times as much. With the annual budget of the municipality of Srebrenica amounting at about 3.5 million Euros, the Dutch donations would be enough to finance its costs for the next thirty-five years.

The search for the missing

Among the projects supported by the Netherlands, what stands out is the huge support given to the International Commission for Missing Persons, ICMP, which deals with identifying the human remains still to be found in Bosnia and Herzegovina, for almost 26 million Euros; support to emergency and aid activities for refugees and displaced persons in the years immediately following the end of the war (1997 to 2001) for about 22 million Euros; the 30 million Euros used to finance reconstruction in terms of housing units and infrastructure (especially in cooperation with the organisations Care International and CRS).

Of course, talking about international aid is always delicate in a town like Srebrenica. No one has ever been able to calculate quite precisely how much money has been used in the reconstruction of the city and therefore, in the imagination of the public, the total amount reaches almost mythical dimensions: "With the money that they spent here, if they had wanted, they could have completely rebuilt the entire city in gold", is a phrase repeated by many, including residents, refugees, and local administrators.

"No doubt, a lot of money was invested here", admits mayor Čamil Duraković, "but most of it never made it to us". He warns: "Those who have profited from the reconstruction in Srebrenica are mostly found in Sarajevo, in the central government, or in the Federation's".

Much remains to be done, especially in the communities east of Srebrenica, towards the Drina, and in the mountains around Skelani. Of the 6,400 homes destroyed in the city during the war, today only half has been restored, according to data cited by Abdurahman Omić, in charge of the reconstruction of the municipality. "We have about 2,700 requests, still waiting, of people who would like to rebuild their home. But unfortunately works are slow and, above all, donor support is getting weaker".

Among these donors, so far, the Netherlands have been in the front row. The reason is obvious and is directly linked to the image of co-responsibility in the massacre, which the Dutch authorities have had to deal with for twenty years. Over the years, a kind of informal coordination mechanism has also developed, under which Dutch representatives meet with victims' organisations every six months. Sometimes this gets very complicated, as we recalled about the divergences about the project of the second phase of the Potočari memorial , which should accommodate – in addition to the stories of victims and survivors – also those of Dutchbat veterans.

Many veterans of the battalion deployed to defend the enclave have maintained a relationship with the city – some have even chosen to come back to live here. "Obviously there is a very close relationship between our country and Srebrenica", acknowledges Dutchman Marius De Wilt, "but I have never had problems with it. After all, twenty years have passed". De Wilt is not a former soldier, but the owner of EKO-M, a small local company that produces pallets and employs thirty people.

"I took over the factory in 2014 and I can say that today our business is fine. Srebrenica is extremely rich in resources, but I think it is necessary to promote it more abroad to attract other investors". Bosnian newspapers have often talked about him, precisely because of his nationality. "But really", he concludes, "it's nonsense. I am first and foremost a businessman. I create jobs. And this is exactly what the city needs now".