The Netherlands and Srebrenica, limited liability 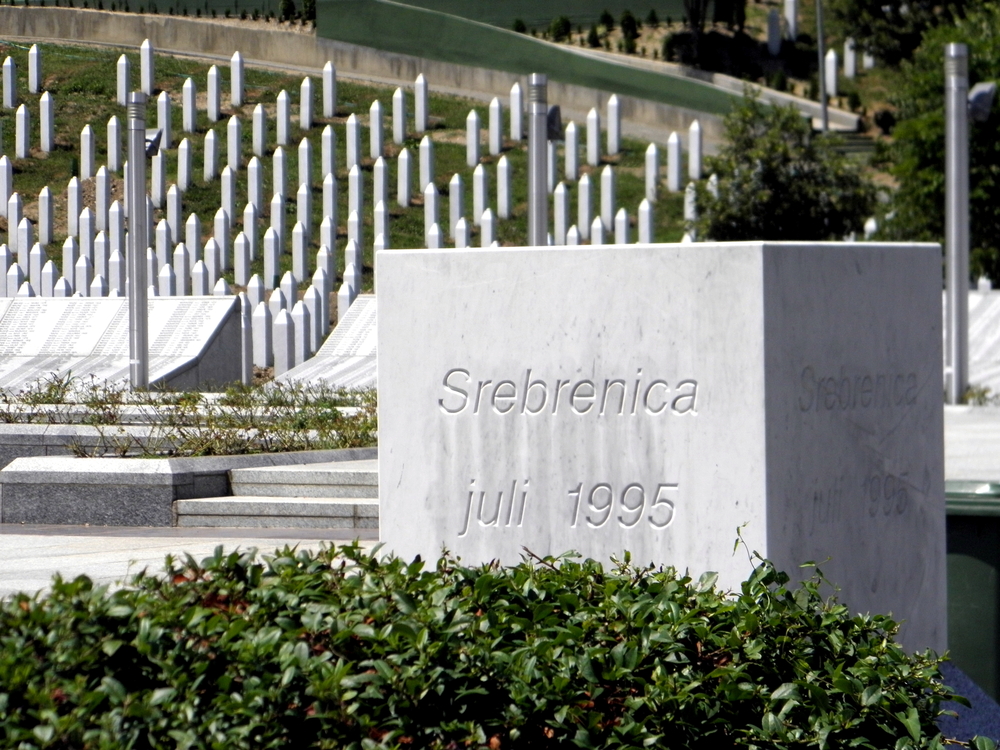 Disappointment and anger among the victims' associations for the ruling of the Dutch Supreme Court on the Srebrenica events of July 1995. The court has ruled that the state had "a very limited responsibility" for the death of about 350 Bosnian Muslim men

It was supposed to be another step towards justice, in the years in which the national and international trials on war crimes in Bosnia and Herzegovina are ending. Instead, the ruling of the Supreme Court of Holland, issued last July 19th, generated disappointment and anger among associations of victims and civil society, failing to provide legal and historical closure on the events of Srebrenica in July 1995.

The Supreme Court, the third and last instance body of ordinary Dutch judiciary, has established that the state had "very limited responsibility" for the death of about 350 Bosnian Muslim men in the Srebrenica area. These men were captured – and later killed – by the Republika Srpska militias in the afternoon of July 13th, two days after the Bosnian-Serb forces broke in the town that had been besieged for three years. The Dutch state was under trial for the work of the Dutchbat, the contingent of about 400 soldiers of the UN blue helmets, which since 1994 had been stationed in an abandoned factory in Potočari near Srebrenica. The Potočari base had been established to defend that area, one of the seven "safe areas" that should have defended the civilian population "with all the necessary means, including force", according to Resolution 819 of the Security Council of April 1993.

The trial, which started in June 2007 and passed through two levels of judgment, in 2014 and 2017, ends therefore with a reduced sentence following the lawsuit by the association Mothers of Srebrenica and other family members and survivors. As in the past, the Court limited its jurisdiction to the phases subsequent to July 11th 1995 – when, following the sudden evacuation of the base, the Dutchbat returned under the actual control of the Dutch government – but excluded the entire previous phase, when the battalion was under the aegis of the UN, which for a consolidated and controversial practice enjoys the immunity as an international organisation.

The final sentence confirms some elements of the previous verdicts. Among these, it claims that the Dutchbat "acted irregularly" in the evacuation of the approximately 350 Bosnian Muslim men who had managed to hide in the Potočari base after July 11th. The same sentence recalls that in total there were about 25,000 people who sought shelter at the Dutchbat headquarters. On July 12th, the battalion evacuated the entire area of ​​the base, despite being aware that the Bosnian-Serb forces were separating adult men from women and children and able to predict that they would commit crimes. The sentence, like the previous ones, acquitted the Dutchbat for such conduct, stating that "even if it had stopped coordinating the evacuation, the Bosnian-Serbs would have continued to separate the men from the other displaced people and take them elsewhere".

As in previous rulings, the Dutchbat is instead deemed guilty of evacuating and in fact handing over to the besiegers the 350 men whose presence had remained unknown to the Bosnian-Serbs. If the Dutch soldiers had helped these men, "by any means necessary" as they were expected to, they could have escaped and been saved. But the real possibilities of salvation were very low, the sentence states, due to the encirclement of the Bosnian-Serb militias and the limited possibilities of some kind of support from the international community – i.e. an air cover, one of Srebrenica's obscure points.

The sentence quantifies, with cynical diligence, such possibilities of salvation: "ten percent". This is one of the most important and controversial points of the verdict: the two previous judgments had established a thirty percent chance of salvation. These numbers therefore inform the extent of the civil responsibility of the accused, and of the compensation that the Dutch government will pay to the victims, which will therefore be significantly reduced.

The ten percent sentence – or, if you prefer, the ninety percent absolution – seems to contradict not only the spirit of the previous levels of judgment, but also that of the other cases on Srebrenica dealt with by the Dutch justice system – those of Nuhanović and Mustafić, which affirmed a more incisive doctrine. This outcome also contradicts extensive evidence and several historic judgments that show how the inert passivity of the Dutchbat – with hints of open connivance, sealed in memory by the image of the toast between Serbian-Bosnian general Ratko Mladić and Dutchbat commander Tom Karremans , on the evening of July 11th  – contributed decisively, albeit unwittingly, to Radovan Karadžić's and Ratko Mladić's plan to eliminate the local Muslim population. "Involuntary collaborators" of war crimes: so the Dutchbat soldiers were defined in the known and detailed report by the Dutch War Documentation Institute (NIOD), which in 2002 even led to the resignation of the country's government, but which did not find much feedback in the judicial field.

The sentence was met with unanimous disappointment and frustration by the associations of victims' families and witnesses. "A mockery", said Ćamil Duraković, a survivor of the massacre and former mayor of Srebrenica between 2012 and 2016. The president of the Srebrenica Mothers, Munira Subašić, reported that the Dutch court did not provide the translation of the reading of the sentence to the numerous representatives of the associations present in the room and civil parts of the trial. Subašić then blamed the judges of the trial for failing to provide sufficient testimonies by the Dutch soldiers themselves, nor the evidence available to the Ministry of Defense. Together with other representatives of the associations involved, Subašić announced the appeal to the European Court of Human Rights in Strasbourg, commenting  that "in the cases of Nuhanović and Mustafić a 100% responsibility was recognised. They will have to recognise it for this case too".

A way out, at least judicial, for the events of July 1995 seems to be slipping away again. A definitive reparation is lacking, while the retraumatisation continues of those who are called to testify and forced to take action to obtain justice. The possibility of looking at the future and at everyday problems without the constant weight of memories, identities, competitions between the different and legitimate sufferings that still inhabit so many parts of Bosnia and Herzegovina almost twenty-five years after the end of the conflict is nullified. But the "ninety percent absolution" of the Dutch justice system reminds us that parts of Europe and the international community have not come to terms with their own responsibilities either – poorly organised and poorly armed peace missions, games of geopolitical prestige on the backs of populations distant by geography and hierarchy.

The official summary of the sentence is pervaded by third type hypotheticals, by a sense of inevitability: "even if they had stopped", "they would have continued the evacuation", "destiny would not have changed", "they could not have hidden", "they would have separated them", "they would have taken them away". The words come to mind used by the unforgotten Luca Rastello to describe in La Guerra in Casa, a true manual of memories and historical understanding of the Yugoslav conflict, the tragic events of eastern Bosnia and the blood shed in Srebrenica with the complicity of the international community: "The 'peace plans' of the West [...] provide for an ethnic homogenisation of eastern Bosnia, a process which does guarantee stability in the region, but cannot be achieved peacefully. Even just for political realism, therefore, in view of the stabilisation of a crisis area, it is therefore a matter of "letting it go", of invisibly favouring "the inevitable course of events [...] The institution of protected areas acquires the sense of a freezing of every military initiative in defense of multi-ethnic cohabitation. Creating homogeneous pockets and then exchanging them is also a way to achieve the "stability" desired by those who will manage the markets of the Balkan area in the future".