Bosnia and Herzegovina, journalists under attack 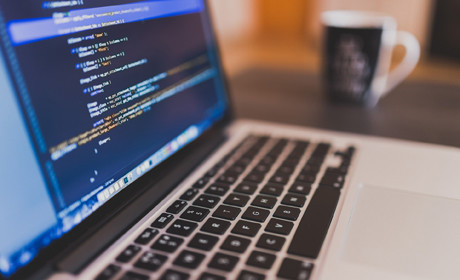 Also in 2016, physical attacks, threats, and serious limitations have made the life of journalists in Bosnia and Herzegovina increasingly difficult

In 2016 as in the past, attacks have continued on journalists in Bosnia and Herzegovina (BiH). Particular concerns were raised by attacks in the pre-election period, a clear indicator of the degree of (non) democratisation of society and freedom of speech in BiH. Over time, attacks are becoming more and more direct and explicit.

This year, the Service of assistance to journalists (FHML) of the Association of Journalists of BiH has registered so far 43 cases of violation of rights, threats, and pressure against journalists. Last year, it was 60. Attacks on journalists have been condemned by the media community and the representatives of the European institutions in Bosnia and Herzegovina, but what is still missing is an appropriate response by local institutions.

At the end of July, the intensity of the attacks and pressures against journalists forced Dunja Mijatović, OSCE Representative on Freedom of the Media, to intervene. Shortly after, however, new threats and pressures culminated in the physical attack against Ismar Imamović, journalist of RTV Visoko, beaten shortly after the broadcast of an election debate within the campaign for the local elections. The assailant threw the journalist to the ground and brought damage to his head, face, neck, and back. "The work of journalists in local media is much more complicated than that of journalists working in the 'big newsrooms'. Small environments are a haven of information, because you get a lot of news, and a hell for objectivity, as well as a breeding ground for new haters, already present especially on social media", points out Imamović.

Then, journalist Lejla Čolak received death threats for criticising the use of the burqa and religious symbols on her Facebook profile. In the same period, Predrag Gluhaković, Minister of Trade and Tourism of Republika Srpska (RS), took away the microphone from the hands of Jelena Grahovac of Alternativa TV in Banja Luka, refusing to answer her questions.

The rights of journalists to work and to freedom of expression further deteriorated in Republika Srpska with a decision of the Constitutional Court at the beginning of July, which rejected the initiative for the constitutionality assessment of the Law on Public Order. According to critics, the law allows the abuse of the limitation of freedom of expression and rally of individuals or organisations. The initiative was launched by the Association of Journalists of BiH, the Club of Journalists of Banja Luka, and Transparency International BiH.

After an editorial titled "The terror called electoral campaign", published on the portal visoko.co.ba, Irma Antonija Plavčić received threats on Facebook. On October 1st, there was a hacker attack against the portal neznase.ba. Attackers modified the website contents and published a fake interview with sociologist Slavo Kukić.

For media professionals, journalists, professional associations and human rights organisations, these attacks are dangerous signs of the current social situation, which is why the responsible institutions, first of all the ombudsmen of BiH and the judiciary, should react more vigorously.

"This is the consequence of the country's political situation. The judiciary should be more active on these issues. These attacks are unacceptable in a democratic society", highlights Mehmed Halilović, law expert for the Inernews organisation.

Marko Divković, president of the Association of Journalists of Bosnia and Herzegovina, notes that the attacks reported so far faithfully reflect the social environment in which journalists work. According to Divković, this will continue as long as justice continues to be lenient towards threats to freedom of speech and thought, but also work and movement.

"This situation is a consequence of the behaviour of the institutions, first of all the leaders of legislative and executive power, that shape public opinion, not infrequently suggesting even how to deal with journalists. Basically nothing changes, and this is further corroborated by the fact that BiH has adopted the Law on freedom of access to information , but no penalties for its widespread violation and avoidance. Also, the media and publishers react rarely or too weakly to threats and pressures against journalists", says Divković.

"CRD condemns all attacks against journalists, and generally against human rights defenders. Over the past two years, attacks against journalists have increased in BiH and in the region – perhaps, it was to be expected, since the State has failed to react to systematic attacks for years. In most cases, they go unpunished, while citizens suffer the consequences in the form of (self-) censorship, but also with the closure of some outlets. It is also important that the local courts prosecute defamation cases according to the standards established by the European Court of Human Rights", says Bavčić.

According to Freedom House data for 2016, Bosnia and Herzegovina is 104th in the world press freedom ranking – four positions down since last year – and may continue to fall without a more efficient action by the relevant bodies and institutions.

According to Faruk Kajtaz, chief editor of StarMo portal and president of Mostar's Club of Journalists, part of the responsibility for this situation falls on the judiciary, that does not address adequately the cases of attacks against journalists, and – to some extent – on people who are not on the side of the journalists. "Attacks against journalists are experienced as any other attack. Information is a factor of democracy and should be treated specially. The number of attacks on journalists is definitely higher than shown by statistics, because journalists do not report every attack, especially in smaller environments where everyone knows each other and where it is better not to provoke those who are in power".

According to data by the Service of assistance to journalists, 400 cases of violation of freedom of expression and individual rights of journalists were registered from 2006 to date, including 60 physical attacks and death threats.

Faruk Kajtaz points out that the answer to this situation lies in the solidarity and the union of journalists. The same recommendation comes from Civil Rights Defenders: "It is very important that the citizens, along with human rights organisations and the media, ask for the improvement of working conditions of journalists in BiH and the region, and this will also bring an improvement in the quality of media content".