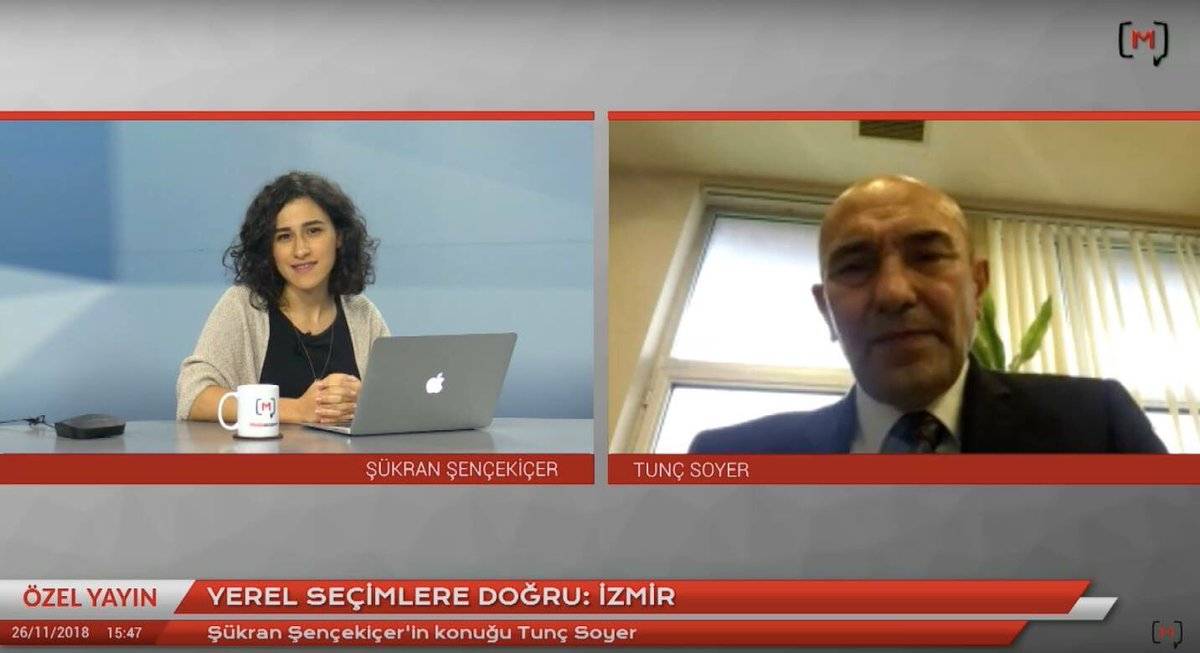 Şükran Şençekiçer, host of online television channel Medyascope, is certain: in Turkey – despite government repression – some have survived and do good journalism. And here we must start again, with courage and enthusiasm

In Turkey, the crackdown on freedom of expression seems far from loosening. Numerous journalists find themselves in prison, others undergo arbitrary trials, while traditional media are becoming less and less objective. And yet, even in such a difficult and complex context, there are those who continue to believe in independent and in-depth information.

Şükran Şençekiçer is a collaborator and host of online television channel Medyascope, one of the most interesting and growing players of the "post-July 15th" landscape. With her, we tried to take stock of the situation and imagine the possible developments of the media world in Turkey, also starting from the latest political events.

The last elections saw the victory of the opposition in many Turkish cities. Do you think this can change anything in the field of journalism?

Medyascope is not affiliated with any political party and is a media outlet that aims to be as independent as possible. I therefore speak as an observer of political developments.

That said, I do not believe that the results of the last elections can change anything in terms of journalists' safety, repression, or creating spaces of freedom that were not there before. However, political changes can contribute to a different atmosphere. After the 2016 coup attempt, a state of emergency was introduced in Turkey, government repression intensified, and many newspapers and news agencies were shut down. A heavy climate of fear and mistrust was established.

Yet, there are also those who, like us, managed to survive and still do good journalism. Here, I think that the last elections may perhaps instill greater confidence in this sense, showing that everything is still possible and that we must try to do our job with ever greater enthusiasm.

Have you ever been subjected to censorship attempts?

No. Obviously there are limits that it is better not to cross but, as long as we do not directly insult or attack some political figure, we feel free to talk about any piece of news or topic that seems worthy of attention. In this sense, the only rules that we give ourselves relate to the correctness of information: verify sources, report the facts as accurately as possible, do not make mistakes.

To achieve these goals we follow some principles: first of all, we do not hunt for "scoops" or "sensationalist news". We always try to take all the time necessary to analyse the facts and gather a sufficient number of details to explain them. Then, we seek to meticulously identify the most appropriate people to comment the news, to suggest stimulating interpretations. Finally, we pay as much attention as possible not to bring the conversation to a ground of gratuitous controversy or confrontation. Contrary to what happens in many mainstream media, where "brawls" and bickering are routine, we never want to lose sight of contents.

Does this give you greater credibility than more "official" channels?

I believe that Medyascope has certainly earned the trust and respect of a slice of the population, especially young people and academics. Furthermore, our site tries to give space to themes and topics that are rarely or superficially dealt with in Turkey, especially science and culture. For some time, however, many people have been moving towards information channels other than traditional ones. Many mainstream newspapers and television stations are under the total control of the government and people, tired of hearing only the voice of Erdoğan and his AKP party, are increasingly looking for news and analysis on the web.

On the other hand, I can say that we enjoy the good consideration of those involved in episodes and situations of a certain relevance. It almost never happens that someone refuses to be interviewed by our editorial staff and this enables us to carefully examine the news and offer good quality commentary.

At the moment, in Turkey, more than 150 journalists are in jail and, as you said, there is a climate of fear and mistrust for those working in the information sector. What can be done? Do you think that campaigns and gestures of international solidarity are useful?

International mobilisation campaigns, domestic protests, and even expressions of dissent through social media are always a must for me. It is hard to say how much they influenced the current situation, but in any case it is right that they continue. We also try as much as possible to bring our solidarity to those who are under indictment or trial. It is important to create a critical public opinion with respect to the work of the Court of Justice: one of the main problems is that trials against journalists are not fair. They are often based on generic, laughable accusations – for example, the simple fact that journalists had telephone conversations with FETÖ affiliates. But the job of a journalist is to look for information, talk to everyone... or, if the editor of a newspaper is part of some group disliked by the government, the entire editorial staff is automatically accused. Furthermore, the evidence that is brought to court is most often artifact or groundless. In short, it is necessary to ask loud that the Turkish justice system acts according to the law. The situation is such that anyone who opposes or has opposed the government is now liable to denunciation and persecution.