Bjelave's children: mother and son find each other 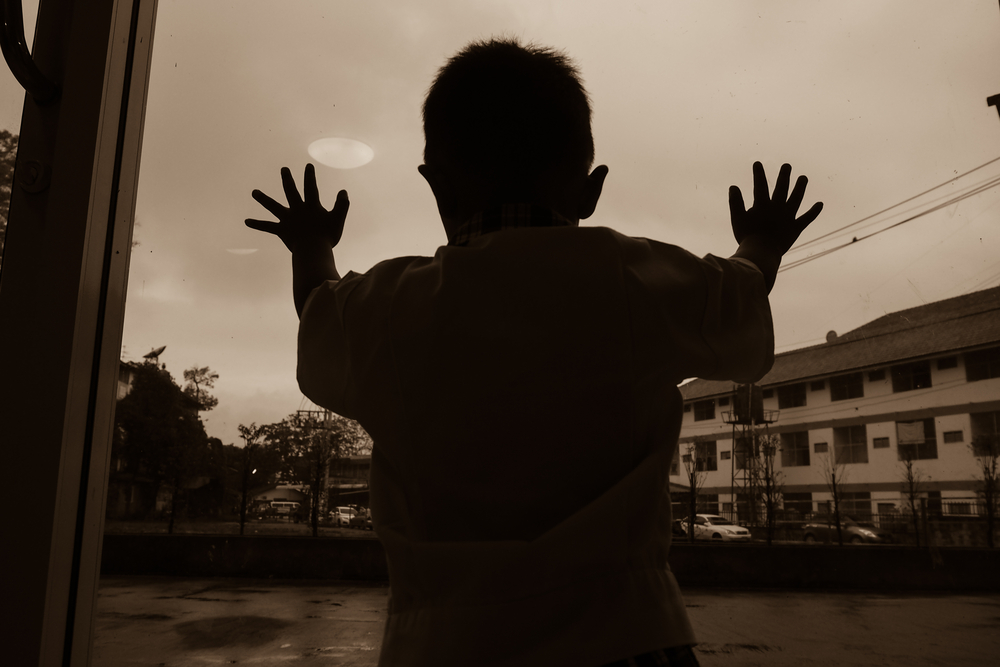 Amer is one of the 46 children from the Bjelave orphanage taken away from the siege of Sarajevo in July 1992 to be hosted in Milan. At the end of the war, instead of returning home, he was given up for adoption although his parents were alive. After 26 years, his search for his biological mother has finally ended

After months of investigations, study of documents, and crossing different sources, I began to publish a series of articles on the history of 46 children from the Bjelave orphanage in Sarajevo, who left for Italy with a humanitarian convoy on July 18th, 1992. Not all of them were orphans – however, they were given up for adoption by Italian families and never returned to Bosnia at the end of the war.

The adoption procedure decided by the Italian authorities, as detailed in the two-part interview with Jagoda Savić, a Sarajevo human rights activist who has been dealing with the matter since 2000, was ridden with errors, bureaucratic rigidities, and lack of communication between the Italian and Bosnian parties – the latter already in a situation of post-conflict institutional chaos.

In 1992, transferring the children abroad was certainly a humanitarian gesture, far from the alleged child trafficking some have feared. However, it also caused a violent separation between these children and their families of origin, and some biological parents have lived for years with the burden of the desperate search for their children.

Another violent, albeit different separation involved some children from the orphanage who left with a second convoy on August 1st, 1992, but for Germany . Of these 42 children, only 31 returned to Sarajevo after the war. The youngest, Vedrana and Roki, were killed while the bus drove on "snipers avenue". At the Bosnian-Serb checkpoint in Ilidža, another 9 were pulled down because they had "Serbian names" and many of them have disappeared since then.

The story of this convoy shows how likely it was to die in Sarajevo since the war started, on April 6th, 1992. Therefore, the children who arrived in Milan were saved from hell, although they carried the weight of not knowing about their past, their origins, and the reasons for being separated from their biological families.

All this has marked also those who were adopted by loving Italian families, as clearly emerged from our conversations with some of them, now 30, in these months of investigation.

To understand, it just takes reading what Jagoda Savić tells about the meeting between Sedina and her father Uzeir in 2008: "The first thing Sedina said was that we had taken away a great burden from her heart, as she had always felt abandoned by her father".

Over the years, the commitment of Jagoda Savić and a network of people and lawyers has enabled some of these young people to get back in touch with their families of origin. Among them are Amer and Alen Ljuša, who thanks to OBCT managed to get in touch and meet their Bosnian cousins ​​who, in turn, had been looking for news for years.

Yet, this story is not over. Upon learning that his father died on the front in 1993, Amer – named Luca with the adoption – asked me to keep looking for news of his mother.

After over a year, we were recently able to tell him that his mother Hirija is alive, and has been looking for her sons for 26 years. All this was possible thanks to our articles and the Rai report by Andrea Oskari Rossini in collaboration with OBCT. The story was circulated by our Bosnian media partners, and a woman from Sarajevo read it.

This woman is Amerisa Ahmetović, of the secretariat of the "Uduženja civilnih žrtava rata Sarajevo" (Association of civilian victims of war in Sarajevo), and seven years ago she happened to meet another woman, a neighbour of her grandparents' – Hirija. They started chatting over coffee, in the small garden opposite the house. During one of their first talks, Amerisa noticed a tattoo on Hirija's arm, reading "Alen Amer". She asked her who they were, and Hirija, in tears, replied that they were her children, who had been taken away from her in 1992 and of which she had not been able to know anything since then.

Last September 18th, Amerisa read the story in the Bosnian newspaper Avaz , and told Hirija that her children were alive and had been found. Together, they went to Jagoda Savić's association. Jagoda showed Hirija the Rai report, and Hirija finally saw Amer/Luca, Skyping from Milan with his cousin Kenan in Sarajevo, saying: "I do not know anything about my mom, I have wanted to know about her all my life. This is my greatest desire...".

I talked to Hirija several times. I then began to act as a bridge between her and her son, as he had forgotten his mother tongue. Above all, I collected her story, and the unbearable pain she experienced.

Before the war, Hirija and her husband split up. Relations with his family were not good, so she was left alone with the two children, in disadvantaged conditions and without a secure income. On April 6th, 1992, the siege of Sarajevo began, and within a few weeks Hirija was forced to leave her neighbourhood and live in the Vranica reception centre for displaced persons, also in Sarajevo. There, she volunteered to help prepare meals, and one day, while she was out getting food and water, a grenade seriously injured her in the head and legs.

She was taken to the hospital, where she remained for several weeks. When she left, her children were gone. Despite the dangers of moving around the city, bombed and ridden with snipers, she started looking for information. Only weeks later did she discover that they had been taken to the Bjelave orphanage, which they had then left on July 18th with a humanitarian convoy directed to Italy.

Despite the separation, knowing they were safe comforted her. However, when the war ended and she discovered, through the stories of other parents, that those children had been given up for adoption, she became severely depressed.

For Hirija, hard years started. She was hospitalised a few times for psychological support. Once she recovered, she obtained an apartment from the municipality of Sarajevo. Like other citizens of post-conflict Sarajevo, she got by without any social support, working in the care of elderly people and cleaning apartments.

Now, thanks to the 20-year-long ties between associations, activists, and media in Italy and Bosnia and Herzegovina, Amer and Hirija found each other, and their pain can finally be replaced by joy.