25 years in search of Selma 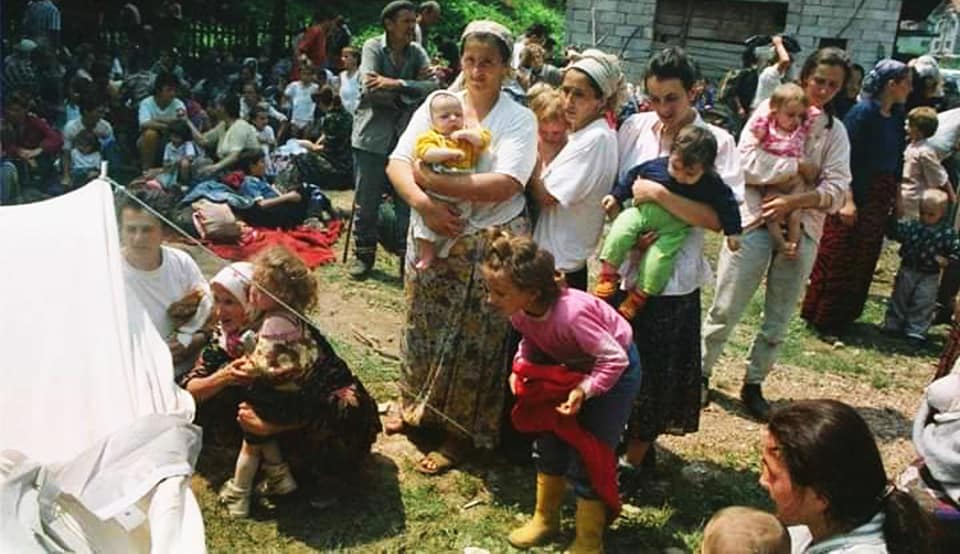 Selma Musić disappeared in 1995 during the capture of Srebrenica. She was 7. In 2019, her parents discovered in a photo that she had arrived safely on the territory of the Federation. A glimpse of hope to continue their search

On 11 July, 1995 the Bosnian Serb troops of Ratko Mladić entered Srebrenica, a town declared "protected area" by the UN Security Council in 1993 and placed under the protection of the Blue Helmets, where thousands of Bosnian Muslim refugees had fled from the villages in the area. In a few days more than 8,000 people – all Bosnjaks (Bosnian-Muslim) – were deported, killed, and hidden in mass graves. Hundreds of civilians – including children, women, and the elderly – were displaced with violence, others tried to flee in what was for many a death march.

Selma Musić was seven years and ten months old. On July 12 her mother, Alija, was in Potočari, a few kilometres from Srebrenica, in front of the base of the Blue Helmets, looking for safety together with hundreds of other civilians and Selma's siblings: Alen, 5; Elvira, 2; and six-months-old Sadik. In the terrified crowd, pushed around by the soldiers, Alija lost sight of Selma.

Selma Musić was born on 17 September, 1987 in Bukovici, municipality of Vlasenica. Hazel eyes, blond-brown hair, fair skin, poor fine motor skills in the left arm and leg. She disappeared on July 12, 1995 in Potočari near Srebrenica. She was last seen on July 13, 1995 in Ravne, near Kladanj, in the so-called "free territory". Since then, nothing. This year she would turn 33.

If you have information, report it to your country's Red Cross or Interpol or local police. For more information see the Facebook page: “Missing Selma Music since July 12 1995 in Srebrenica, Potocari ”.

Listen to the audio appeal of Selma's sister, Elvira Musić

Selma's family has kept searching to this day, to no avail. In Bosnia she was included in the list of missing persons and over the years she was believed dead, her body hidden in a mass grave. But in 2019 something happened.

Selma's sister Elvira, now 27, contacted me: “Hi, I saw a video in which you gave an interview on the missing children from Bosnia. My parents and I are looking for my sister who went missing in those years. Recently a picture of her appeared, indicating that she was alive...". Elvira had read the OBCT investigation and the reports made by Rai on the history of the “Children of Bjelave ”, who were brought from Sarajevo to Italy in July 1992, with the agreement to bring them back to Bosnia at the end of the war, but ended up in adoption despite biological parents still living.

Thanks to Elvira, we reconstructed the story of the of her sister's tragic disappearance. She sent us an audio appeal, in the hope that as many people will share it to help her family in this gruelling search: “I am Elvira, sister of Selma Musić, who disappeared in Srebrenica in the days of the fall of the city, and that my whole family has been searching for 24 years. When she disappeared I was only two years old, so unfortunately I don't remember her. What I have carried inside my whole life are the stories about her that our parents have told me, as well as great suffering and a great void".

We got in touch with her father, Salim, who told us about that July 11: "I had to take the path of the woods, along with many other boys and men. Only I know what I went through and how hard that path was. It is difficult to tell and I will never forget it. But the hardest moment was when I had to split up from my family, but even worse when I learned that Selma had disappeared".

“Srebrenica had fallen. While men tried to escape through the woods, women, children, and elderly people walked towards the UN base – his wife Alija said in March 2019 . In Potočari there was chaos, a huge crowd, fear at every step. I carried Sadik, the youngest, the other three walked in front of me. At some point Selma disappeared from my sight, it was a matter of a second". Alija looked for her for hours in the midst of that human mass, also appealing to Ratko Mladić: “I pulled the sleeve of his shirt saying that I had lost my daughter, but he pushed me away. Then they crammed us into the buses...". Together with hundreds of internally displaced persons, they were sent to the so-called "free territory" controlled by Armija BiH. 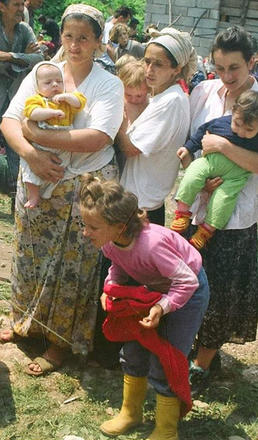 Her husband Salim, instead, travelled more than 100 km on foot along what was called the “Death March” and – unlike many others who starved, were killed, or died from the injuries along the way – he made it to the free territory: "I found my wife and three children on July 20, in Lukavac [north-west of the city of Tuzla]". They immediately reported the disappearance of Selma to the Red Cross and UNHCR (United Nations High Commissioner for Refugees).

In the seven years they lived as displaced people in a village near Lukavac [in the Canton of Tuzla], they had no information about Selma. In 2002, the whole family obtained visas for the United States. Today Salim, Alija, Alen, and Sadik live in Saint Louis, Missouri, while Elvira lives with her husband and two children in Iowa.

But last year an unexpected event happened, as Elvira told us: "In March 2019, just by chance, my mom saw a photo on a Facebook page and immediately recognised the clothes that Selma wore that day... she called us all to tell us. My parents had kept searching for traces of my sister in the most disparate ways, but to no avail, for 24 years, and this event has given us new hope". They continued the search through the Facebook profile created by Elvira's brother in 2011, “Missing Selma Music since July 12 1995 in Srebrenica, Potocari ”.

The photo was taken by photojournalist Ahmet Bajrić (Blicko) in Ravne, near Kladanj, where dozens of women, children, and oelderlyld people deported from Potočari arrived between 12 and 14 July. “Ravne was one of the first reception points for civilians arriving from Srebrenica. I don't remember exactly when I took that picture, I believe on July 13", the photojournalist told Dnevni Avaz on May 21 last year. 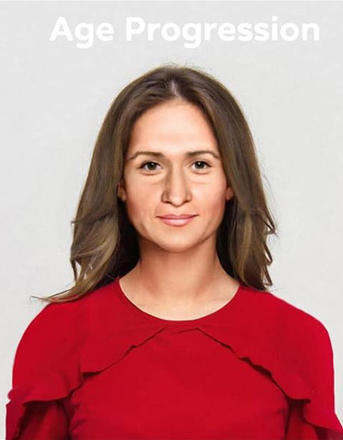 Ahmet Bajrić, with his colleagues from Radio Zvornik, was among the few journalists present in those days in July in Ravne, near Kladanj, on the border with the territory controlled by the Bosnian Serbian army. He told OBCT that the photo, like many others he shot in those days among the displaced people who came from Srebrenica, were published on the Internet. Selma's parents contacted him declaring that they recognised their daughter: “For them, this photo is a demonstration that Selma arrived safely on the territory of the Federation”, added Ahmet Bajrić. The photographer authorised OBCT to publish, hoping for Selma to be finally found.

The photojournalist later met Selma's parents. After seeing that photo they decided to leave for Bosnia, as Selma's father says: “In April [2019] as soon as we arrived we handed over the photo to the Red Cross and the police. Then we started visiting all the shelters for minors in the Kladanj area. They promised us that they would look for information, but to date we have not received anything. We will not give up and we will return to Bosnia to continue the search".

They then reported the disappearance also to the FBI that, based on the photo of the girl, made a reconstruction – through an "age progression" process – of what she might look like today, as an adult.

During the search, rumors spread – but without any evidence so far – that she may have been brought out of Bosnia and Herzegovina. "I wonder if there is a possibility that she was brought to Italy and if you could help us in any way", continued Elvira. “Our biggest wish is to find her. This is why I really hope that this article and this appeal of mine will go far, and that anyone who has information of any kind about Selma will give it to us and give us peace. At least to tell us she's fine, wherever she is today".