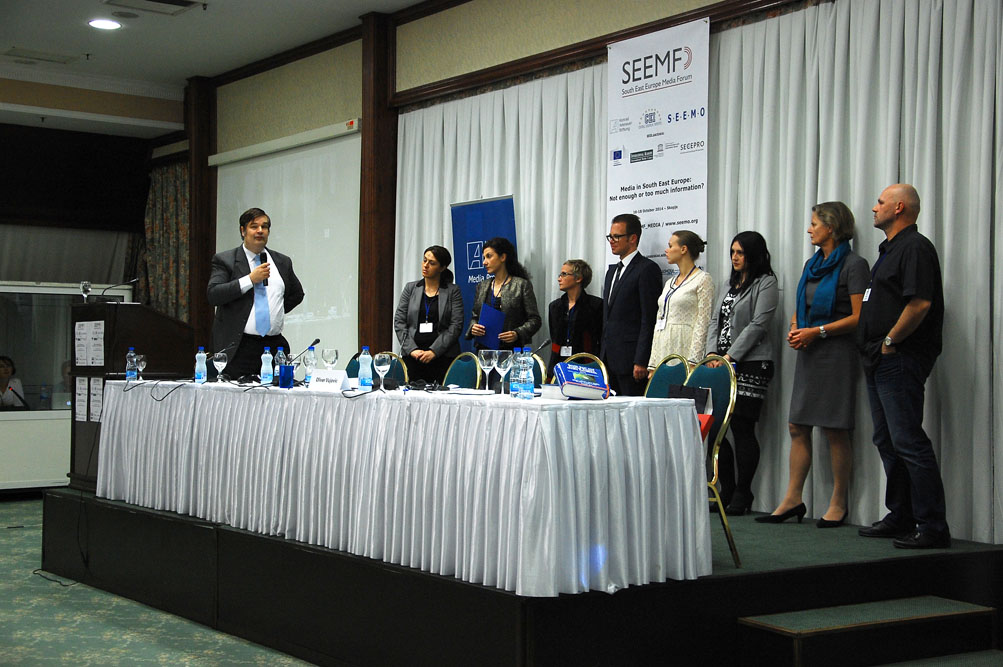 Journalists should speak up about the problems they face in their work, as there are problems everywhere in Europe. An interview with Oliver Vujović, SEEMO Secretary General

The goal of the 8th SEEMF was not to provide an unequivocal answer to this question, but rather to stir a discussion on this essential element of journalism, as the main function of journalism is to inform the public. The discussions were organized in panels focusing on various aspects of the process - from the legislative framework on access to public information and the experience in different countries in the region, to data journalism, privacy and protection of sources, to the lessons of the media war on Ukraine and to censorship in free countries and the ways for monitoring it.

The situation in the region varies from country to country. In some, journalists have an easier access to public information, while in others they sometimes have to wait for weeks to get it and by that time it may have become irrelevant.

We brought together journalists, media executives, experts, academics and public figures to discuss the relevant issues and share their views and experience. We heard some interesting keynote speeches and presentations of the findings of analyses of different aspects of media freedom and the safety of journalists in the region.

What message do you want the participating journalists to have got from the conference?

That they should speak up about the problems they face in their work, as there are problems everywhere. We always invite a senior state official of the host country to take part in those forums. Here in Skopje we had Mr. Nikola Poposki, the foreign minister of Macedonia. This allowed local media professionals and experts to call on the country's authorities again for the acquittal and release of Macedonian journalist Tomislav Kezarovski, who was given a four-and-a-half-year prison sentence in a controversial case last year and is currently in house arrest.

It was good to see also the support this call received from the other participants in the conference. We also heard Macedonian journalists and media experts raise the issue of the recent suspension of a more than 30-year comical radio show on the national broadcaster. The next day we heard that the show will be back on air again.

Is the 8th SEEMF the most successful so far?

We had 14 organizations that supported and joined us in organizing this year's forum. But what is important about events of this type is to provide an opportunity for media professionals to meet and speak about their problems, as well as to get an idea about the situation in other countries and how colleagues there are coping with certain problems.

This region includes several countries that are already members of the European Union and others that are either still going through the process of membership negotiations, or are still to reach that phase of the accession process. But many of them have similar problems. Bulgaria, for example, is the most corrupt EU member. The level of corruption is also very high in Romania, which is also a member of the Union. And it is high in Serbia too, which began its entry talks with the EU last January.

The panel on opinion making in times of conflict was also a good one, as we had representatives of both the Ukrainian and Russian media, as well as international experts sit together and discuss some important issues. We also heard some good comments from representatives of the former Yugoslavia about some of the lessons learnt during the Balkan conflicts in the late 1990-ies.

What will the 9th SEEMF in Bucharest next year focus on?

We haven't formulated the topic yet. But, developments in recent months have threatened the future of print media in Romania, so that it could become the first country with no newspapers at all.