Anuška Delić, a journalist under prosecution 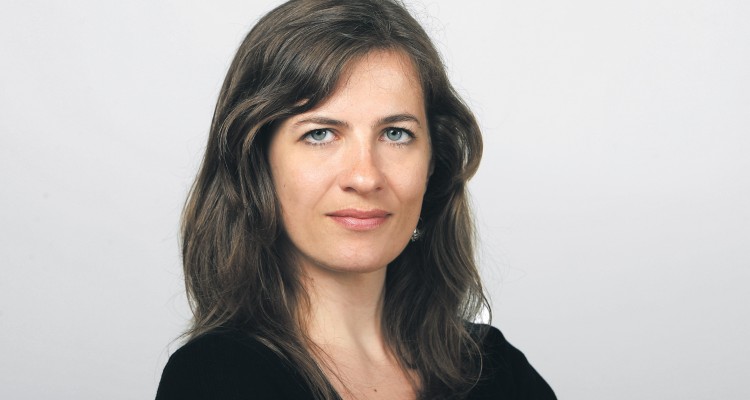 Exposing the links between a major political party and an extreme right wing organization has resulted in criminal charges against a journalist, in democratic Slovenia. The story of Anuška Delić

Anuška Delić is a journalist with Slovenia's main daily newspaper Delo, where she focuses on investigative and data-related stories. She is a member of the Association of Slovene Journalists, an advisor to the programme board of Slovenia's media festival Naprej/Forward, a member of IRE and partner of OCCRP . She is currently standing trial for allegedly publishing classified information about the Slovenian intelligence agency. This interview was originally published by SEEMO

Can you please tell us about your case?

In the summer of 2012, the Slovenian Intelligence and Security Agency filed charges against me and an unknown employee of the Agency. The charges alleged that I published classified information in articles about the connections between the political party SDS and the Slovenian division of the international active right extremist organization Blood and Honour. The articles were published in the daily Delo in the beginning of December 2011. According to the Slovenian Criminal Code (Article 260) the publication of classified information is punishable by up to three years in prison.

In March 2013 I was questioned about these charges by the Criminal Police, and in April of the same year the state prosecution filed an indictment against me and Sebastjan Selan, the ex-director of the intelligence agency. According to the Prosecution, Selan was indicted for not filing charges against me and an unknown employee of the agency. In September 2014 a judge of the district court in Ljubljana decided the indictment should be put on trial. The pre-trial hearing started on 15 October 2014 and the main trial started on 5 January 2015.

Does this case have influence on your work as journalist?

In terms of my work regarding the activities of Blood and Honour Slovenia (B&H), yes. B&H wrote on its webpage back in July 2012 that my information could have only come from the Slovenian Intelligence and Security Agency. As soon as I became aware of the possibility of being charged, especially after being asked to appear for questioning by the police, I ceased to actively investigate B&H. I was afraid that the police (or later the prosecution) could compromise the identities of my sources. And by this I mean any sources, not just those whom I spoke to in this particular case.

Slovenia is a tiny country where everyone knows each other. The political party I ‘outed’ in my articles is the largest right-wing party. It has a somewhat volatile rhetoric and methods of dealing with those who disagree with it, or are perceived to be against it. Therefore, there is a tendency here to stay out of its way, especially when it comes to the party’s president, Janez Janša.

When I read in the indictment that one of a judges had denied the state prosecution’s request to access my phone records, I was able to start working on this topic again. The other consequence of this case is that it takes a lot of my time and energy and prevents me from focusing on my work as much as I would like to.

After everything that has happened, do you ever consider self-censorship, or think about finding a more relaxing work?

Not really. I don’t see any reason to censor myself in any way. I might be a little more careful with my words in public, but that is it.

How did this case affect your private life?

This case has a similar effect on my life as it has on my ability to work in peace. It takes time, energy and sleep. Also, the other side has started a campaign to discredit me. That takes its toll. Especially since reacting in any way just brings more paranoid insinuations, but not reacting makes me feel like I am not standing up for myself like I should. It’s a double-edged sword. Both sides of it have an effect on me personally, whether I like it or not.

Have you received any public support?

I feel that I have a lot of support in a large part of the public, at least the part that isn’t siding with those who started the prosecution against me. By that I mean the informal actors.

How did other media in Slovenia report on your case? Did they offer solidarity or not?

At first, when it became known that there was an indictment filed against me, the reaction was a little bland. The information was published by a weekly which is sympathetic to the party that I had written about. However, when it became known that I was going to stand trial, I received full support from the majority of the main Slovenian media outlets. Besides that, the support of foreign media has been quite amazing.

What I felt was even more significant than the question of solidarity is the fact that the Slovene Association of Journalists decided to formally request a change to the articles of the Criminal Code pertaining to the publication of classified information and defamation. It should be added that the Criminal Code allowed the publication of classified information, when it was in the public’s interest and not harmful to the state, until November 2008. Then this possibility was struck off. This case is the first one which is based on the ‘new’ article of the Criminal Code. However, there is now another case developing which involves two journalists from the daily Dnevnik.

How important was the support SEEMO gave to you?

I can’t overstate the importance of such support. Visibility – domestic and international – of a case like mine is really very important. Not only because it is an expression of solidarity and support, but also because it shows state powers that such a court case will not go over well with organizations and institutions that aim to safeguard freedom of expression and the press. Moreover, it gives a clear message that prosecution of journalists simply for doing their job will not be tolerated. No government likes to look bad in the eyes of the international community.