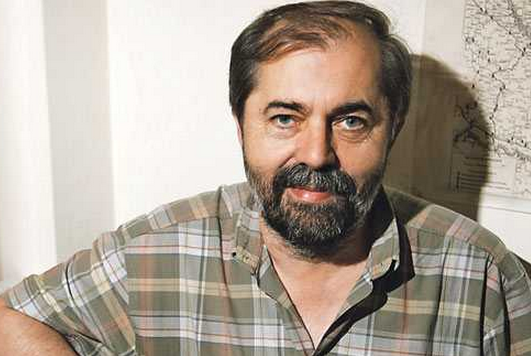 Journalists from South East Europe talk to the media organization SEEMO about the threats and assaults they had to face while carrying out their job. The story of Drago Hedl

Dragutin (Drago) Hedl has worked as a professional journalist for the Croatian newspapers Glas Slavonije, Slobodna Dalmacija, Feral Tribune and Novi list. He is currently a reporter of Jutarnji list. Mr Hedl was the editor of the London-based paper War Report for one year. He has been a correspondent for many renewed global media, Osservatorio Balcani e Caucaso among others, and has received several international journalistic awards. Besides journalism, he also does literary work, and is the author of several documentary films. He lives and works in Osijek and Zagreb.

As a journalist, you’ve experienced serious threats several times. Please tell us about your experiences.

Drago Hedl: Luckily, the threats I’ve received were mainly verbal. Two times I found these threats to be very serious: once during the 1990’s when Branimir Glavaš, a powerful Croatian politician at the time, said that he would turn me ‘into dust’ because of the articles I had published about his involvement in war crimes in Osijek.

The other serious threat came from Davor Boras in 2006, when he attacked me verbally and very vulgarly in a public place, threatening to kill me ‘like a dog’. At the time, Boras was the youth president of the Croat Democratic Alliance of Slavonija and Baranja (HDSSB), a political party formed by Branimir Glavaš. Boras received a probation sentence for these threats.

I also took seriously a statement by General Mladen Kruljć, who said in an interview that General Slavko Barić tried to talk him into killing me after I wrote several articles about him. I was also threatened several times by mail. The latest one I received was two days after the terrorist attack on Charlie Hebdo magazine.

What is it like to live under threat? Did these threats affect your life personally, or as a journalist?

Threats are uncomfortable and always cause commotion. I found particularly problematic the fact that also my family had to go through hard times because of them. Especially my mother, later in her life. She died last year. However, I always tried to keep these threats from affecting my personal life, so I never stopped appearing publicly or visiting places I’d been to before I was threatened.

Have threats caused you to consider not writing about certain topics, or to censor yourself?

I’m sure the threats did not affect my journalistic work in the sense of censoring myself, or avoiding complex topics cause of the threats that may have resulted.

To what extent did the State protect you?

I reported all the threats I received to the police. They conducted their work professionally. On two occasions, when they assumed the threats were extremely dangerous, I was put under 24-hour police protection. When I reported the anonymous letter I received after the attack on Charlie Hebdo magazine, the police reacted promptly, sending a forensic expert to search for fingerprints on my mailbox, and they began a very intense criminal investigation.

How significant to you was the SEEMO support?

The SEEMO reactions and support were very significant to me, not only in a moral sense. They also contributed to quicker reactions by State institutions. That type of pressure on Croatian authorities from international organizations is very important, because it shows that the case is being followed outside of the country. That’s why I will always be thankful to SEEMO and other organizations that protect media freedom and human rights, for having reacted quickly when I was endangered for doing my job as a journalist.

What is your advice to younger colleagues who may experience threats? What should they do?

It is important to report every threat. Even though the aim of these threats is usually to scare the journalist and stop him from further investigation, we still can’t be sure that those who are issuing the threats aren’t serious. Besides the police, it is important to report them to organizations that deal with media freedom, such as SEEMO, because their reaction helps to ensure a more efficient investigation by authorities in your country.