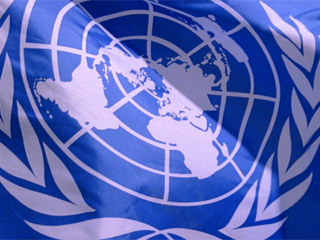 The Balkans is safer than thought. This is the basic message from a recently published reportby the United Nations Office on Drugs and Crime. The report made global headlines as some of its arguments run counter to common wisdom - that the Balkans is a gloomy and risky place.

The Balkans is safer than thought. This is the basic message from a recently published report "Crime and its impact on the Balkans", by the United Nations Office on Drugs and Crime (UNODC).

The report, which was launched last week, made global headlines as some of its arguments run counter to common wisdom - that the Balkans is a gloomy and risky place.

With detailed, comprehensive statistics, the report concludes that the Balkans, contrary to widespread opinion, does not have a problem with conventional crime: "South East Europe does not, in fact, suffer from high rates of crime, at least in terms of the range of offences commonly referred to as 'conventional crime': murder, rape, assault, robbery, burglary, theft and the like. In fact, most of the region is safer than West Europe in this respect." The report notes, "This key fact is often omitted from discussions on crime in the region."

The report focuses on the so-called Western Balkan countries (former Yugoslavia minus Slovenia plus Albania), and Bulgaria, Romania, and Moldova, but its comparisons include Central and Western European countries, and other parts of the world.

In 130 pages of indepth analysis, the report gives a full account of all crime-related issues that concern the Balkans, from conventional to organized crime and corruption. It discusses both the socio-economic and political preconditions of crime, and, in turn, the possible impact crime has on the region's development.

The report first analyses the social conditions in the Balkans and notes, "The social conditions in South East Europe are not the sort generally associated with high crime regions. In essence the Balkans does not represent a favourable environment for crime." The report reaches these conclusions because of a set of factors that include the region's demographic makeup - aging population, low fertility rates (with the exception of Kosovo), combined with strong outward migration, again mostly involving young people. The report considers the additional factors of income and education levels. Incomes are small but the number of people in abject poverty is limited. The region's communist legacy has left a low, although now widening, income inequality, which is "regarded as the most robust quantitative correlate of crime rates". Education levels are relatively high (by global standards).

After analysing the standard indicators of conventional crime, such as murders, theft (especially auto theft), the report unequivocally concludes that the region is safer overall than Western Europe, "In terms of the standardized murder rates... most countries of the region fall at or below the European average. Moldova and Albania are exceptions, but even these two countries are safer than most of Eastern Europe." For example, the West European average of murders per 100,000 people (2004 data) stands at 2.5, Macedonia at 2.3, Croatia at 1.8, Romania at 2.5, Bulgaria at 4.1, Albania at 5.7, and Moldova at 8.0. Russia has the worst statistics with an average of 19.9 murders per 100,000 people.

"Albania stands out as having a relatively high murder rate," concedes the report but, "the number of murders committed in Albania in 2006 is only 5% of what it was after the collapse of government in 1997."

In addition, the report notes the positive trend over the past decade of declining murder rates throughout the region, "combining the data from Moldova, Albania, Romania, Croatia, Bulgaria, and Serbia, the number of murders in the region essentially halved between 1998 and 2006."

In other forms of conventional crime, the report finds Western Europe "to have over twice the burglary, over four times as much assault, and 15 times as much robbery as South East Europe." For example, in terms of vehicle theft per 100,000 vehicles, the UK has the worst statistics with 1,330, Greece has 185, Austria has 125, whereas Moldova has 184, Croatia has 166, Macedonia has 113, and Albania has 90. Bulgaria has the worst statistics in the region with 412 vehicle thefts per 100,000 vehicles, but the report notes Bulgaria's declining trend.

With indepth discussion and analysis for possible mistakes, the report concludes that these relatively positive numbers are not the result of government "adjustments" to look better before the international monitors: "the only conclusion that can be drawn is that South East Europe is one of the safer areas of the world, and that progress is being made in making the region even safer."

In the section on organized crime, the central issue is drug trafficking. A shorter section covers human trafficking and smuggling of migrants, but the report seems to consider these a much smaller threat, which is nevertheless declining.

The report provides details of the Balkans' role as a major drug route from Asia to Western Europe, "The most valuable form of contraband crossing the region is heroin. South East Europe lies along the most convenient route (the so-called 'Balkan route') between the supplier of some 90% of the world's heroin (Afghanistan) and its most lucrative consumer market (Western Europe). It is estimated that about 100 tons of heroin crosses South East Europe on its way to Western Europe, of which 85 tons eventually makes it to the consumer, a flow valued at US$ 25-30 billion. This is more than the GDPs of most of the countries of the region, and consequently this flow has great corrupting power."

Although "the 'Balkan route' has been the continent's primary heroin trafficking route for decades" the report notes, "The share of South East Europeans who consume opiates is half that of West Europe and one-sixth that of East Europe." This, according to the authors, "suggests the flow has been conducted by highly organized groups determined to command the highest return for their product, rather than by a diffuse network of couriers who might 'spill' some of the heroin into their local communities."

In discussing drug trafficking as the most serious form of organized crime concerning the Balkans, the report strongly emphasises the role of "ethnic Albanians" in drug trade: "Since the mid-1990s, ethnic Albanian traffickers have been said to control the trafficking of this commodity west into Europe. Past estimates suggested that ethnic Albanian traffickers controlled 70% or more of the heroin entering a number of key destination markets." For example, the report notes, "about half the heroin seized by the Italian authorities in 2006 was taken from Albanian nationals."

In trying to explain the "ethnic colour" of organized drug trafficking, the report uses numerous references from national sources in Western Europe, which have singled out Albanian ethnicity, "'Ethnic Albanian Criminal Groups' are the only national group discussed in the 2006 Europol publication 'The Threat from Organized Crime.'"

The report suggests that "ethnic Albanian heroin trafficking is arguably the single most prominent organized crime problem in Europe today."

Corruption, which is a major issue in the Balkans, is not a focus of the report but it does observe that "while conventional crime levels are low and organised crime appears to be in decline, the one area of criminal activity that is especially problematic in the Balkans is corruption and economic crime."

The report refers to studies from Transparency International (TI) to illustrate the scope of corruption in the region, "Large shares of the population continue to report paying bribes. Albania had the highest rate of annual bribe paying (66%) of the 57 countries polled in the 2006 TI Global Corruption Barometer, and the South East European average was 4.5 times as high as the West European average."

By offering detailed statistics and a realistic approach in analysing the Balkan crime problem, the report is timely and relevant. It disproves some previous partial or incomplete research and statistics, which feed the stereotype that the Balkans is simply dangerous. The report provides a comprehensive overview of the state of crime in the region. The problem is organized crime and corruption. Conventional crime, although much higher than before the beginning of transition, is still low.