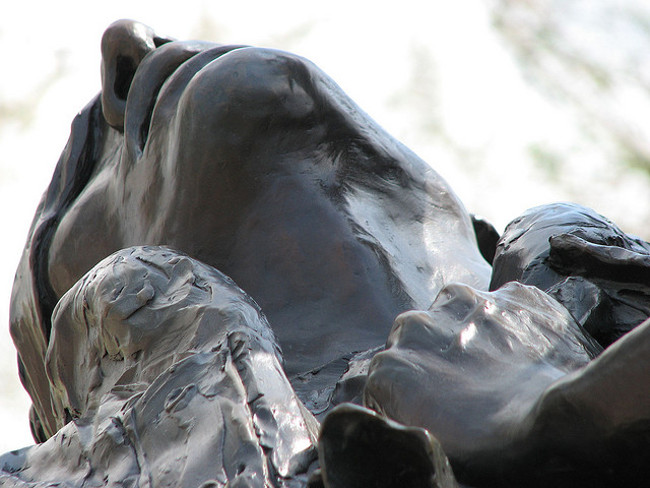 Thousands of women were victims of sexual crimes during the Balkan conflicts. Most of them receive no support from the region's states, despite the progress marked by international criminal law in prosecuting these crimes

'I couldn't do anything, I just laid there while they raped me. There was no way I could defend myself...' Room of the International Criminal Tribunal for the Former Yugoslavia (ICTY), the Hague. Leaning on the microphone on the witness stand, a dark-haired woman opens the documentary Sexual Violence and the Triumph of Justice, produced by the Tribunal in 2012.

She is only one of the thousands of women who, during the '90s conflict in Bosnia-Herzegovina, were victims of rape, deportation and long periods of time in prison. According to various sources, the number of women victims of rape between 1992 and 1995 ranged between 20.000 and 25.000, most of them Muslims. It is hard to provide precise figures, as many of these women have never publicly reported the violence they underwent.

Thanks to testimonies gathered by international organizations, news of civilians subject to systematic violence and rape started emerging as early as the beginning of the war. The United Nations Security Council established an Expert Committee (named “Biassouni”, after its President) that analyzed over 40.000 documents, exhibits and testimonies from October of 1992 onwards.

Compelled by the data that emerged, in 1993 the Council established the Hague's ICTY, the first International Criminal Tribunal set up in Europe since World War II. From the first case in 1994 till today, 161 have been brought to trial for breaching the Geneva Conventions, for crimes against humanity, genocide and violation of the laws and customs of war. What is significant is that the ICTY specifically prosecuted rape and sexual enslavement as crimes against humanity. This direction was then confirmed by international law and inserted in Article 7 of the Rome Statute of the new International Criminal Court in 1998.

Not only: during the war in Bosnia-Herzegovina, rape was used as a terror tool within the ethnic cleansing campaigns. The first confirmation came with the verdict of the Hague Judges on February 22nd of 2001 for the events of Foča, one of the Bosnian cities bearing the most marks on the map of horror designed by the Serbian-Bosnian military: Zoran Vukoviċ, Radomir Kovač and Dragoljub Kunarac were the first to be sentenced to respectively 12, 20 and 28 years in prison. They were charged with war crimes, crimes against humanity and rape of tens of women and girls, many of whom minors.

According to the 2001 Amnesty International Report "Bosnia-Herzegovina: Foča verdict - rape and sexual enslavement are crimes against humanity", the verdict represented a milestone in women's human rights defense: rape and sexual enslavement are recognized as crimes against humanity, contrasting the theory by which female torture is a factor “intrinsic” to wars. The verdict also recognized that the rapes of women in prison were part of a systematic and large-scale attack plan on the civilian population.

Starting from 2005, the International Tribunal transferred more and more trials from the Hague to the local Courts. Many cases ended up before the Sarajevo Court, established to trial the most serious crimes committed during the conflict. It was there that one of the first verdicts caused quite a stir: Milan and Sredoje Lukić were charged with numerous crimes committed in the Višegrad region between 1992 and 1994. Out of the 21.000 people living in Višegrad before the war, two thirds were Bosniaks (Muslim Bosnians) and more than 13,500 of them were forced to leave their homes. The sentence to life and 30 years in prison respectively caused a lot of protest among associations of female war victims: despite the two defendants being found guilty of sexual violence during the trial, such crime did not appear in the indictments and they were thus not sentenced for it. Outside the court rooms, it is the women who fight so that the crimes they have suffered are recognized.

In the many trials for war crimes performed up to date in the ICTY as in the local Courts – in Bosnia as well as Croatia and Serbia – some women have however been involved also as criminals.

The first, and only, woman prosecuted by the Hague Tribunal was Biljana Plavšić. Between 1996 and 1998 she was the President of the Republika Srpska, one of the two Entities of Bosnia-Herzegovina. She was trialed for genocide, crimes against humanity and war crimes. She turned herself in and made a bargain with the Tribunal, pleading guilty of crimes against humanity. The Tribunal thus dropped the genocide charges. On February 27

Watch the ICTY 2012 documentary Sexual Violence and the Triumph of Justice.

The local Courts are also pressing charges against women, not only in Bosnia-Herzegovina.

The first one was inflicted by the Special Attorney office of Belgrade on December 12th of 2005. Nada Kalaba was sentenced to 9 years in prison for taking part in the crimes committed in the Ovčara farm in Vukovar in November of 1991, when about 200 Croatian war prisoners were tortured and murdered all in one night. In Bosnia-Herzegovina, the record was set in 2012: Rasema Handanović, aka Zolja (Wasp), extradited by the USA at the end of 2011, was trialed before the Sarajevo Court for crimes perpetrated on Bosnian-Croat civilians and soldiers prisoners in the village of Trusini in 1993. At the time she belonged to a special unit of the Armija Bih, the Bosnian-Muslim army. In April of 2012, she was sentenced in the first appeal to 5 and a half years in prison.

A second woman was sentenced at the end of the same year: during the war, Albina Terzić, called "Nina", was a HVO soldier (the Bosnian-Croat military force) and took part in inhumane actions against Serbian-Bosnian prisoners in Odžak, Bosnia-Herzegovina, between May and July of 1992.

During 2012, the Sarajevo Court sentenced 30 people to a total of 483 years and a half in prison and pressed 23 new charges against women like Azra Bašić, who belonged to the Croat Army during the war and was arrested in the US in March of 2012. She was accused of perpetrating war crimes against Serbian-Bosnian civilians in the spring of 1992 in the concentration camp outside the Bosnian city of Derventa.

Few women criminals, however, do not change the fact that thousands of women were victims. The systematic recourse to sexual violence, in fact, may lead to redefining the entire Bosnian conflict as a war that was against women before being against ethnic groups. A war that goes on in times of peace: in the majority of the Balkan Countries there is no legal recognition for victims of war rapes and therefore no social or economic support.