The Albanian mafia under investigation 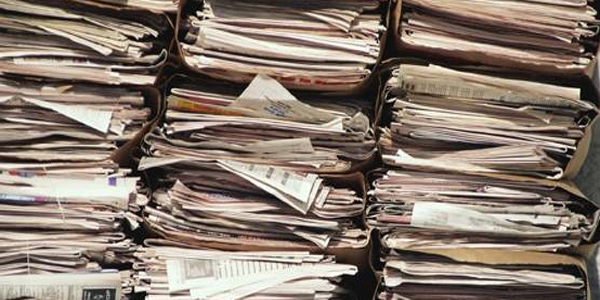 According to the National Anti-Mafia Directorate – an organ of the Italian State's General Attorney for the fight against organized crime, the Albanian mafia has gained a leading role in Italy's drug market

Gawar, Berat Dia 2, Country, Zanon I Keq, New Deal 2008, Uomini duri, Shqiptar, Little, Rikos. These are the names of some of the many investigations for drug-related offences – mentioned in the last annual report of the National Anti-Mafia Directorate – that have involved Albanian citizens in recent times. Such investigations have been carried out in every corner of Italy: Brescia, Brindisi, Turin, Verbania, Milan, Florence, Ascoli Piceno, Perugia, and Lecce.

Nothing new, some may say. The Albanian underworld is known to have progressively extended its influence in drug trafficking for years, through emigration and especially in Northern and Central Italy. However, the report by the National Anti-Mafia Directorate (DNA), covering the period from July 1st, 2011 to June 30th, 2012, highlights how Albanian crime has made the leap, carving itself a leading role in Italy's drug market.

Albanian criminals no longer trade on the streets, but now operate primarily as suppliers, exhibiting "the awareness of being a growing criminal force", reads the report, which points out how Albanian groups have "overcome isolated initiatives in drug trafficking” and now engage in “more stable criminal strategies, aimed at strengthening ties in the area and evolving towards more qualified criminal activities".

The 2012 report by the Central Drug Services (DCSA), a structure of the Ministry of the Interior, portrays the situation in figures. Last year, 443 Albanian citizens were convicted on the basis of criminal association related to drug trafficking, with a 92% increase compared to 2011 and a 41% share on the total of foreign nationals convicted. The figure is even higher (over 50%) in the heroin sub-group. This speaks of an organized criminal network, with an affiliate strategy and structuring.

Despite a traditional preference for trading heroine via the Balkan route (Afghanistan - Turkey - Balkans - Western Europe), the Albanian presence is clearly growing in the cocaine market. According to the DCSA statistics, 1,229 out of 4,783 cases involving foreigners featured Albanians.

Why this development? The Balkans have become an international cocaine hub in recent years, led by groups from Serbia-Montenegro. Namely, the cartel founded by Darko Šarić, to date fugitive, has managed to establish itself as a global broker, lifting from the historical organizations (primarily the Italian 'Ndrangheta) the costs of transport, storage, and distribution. Collection in Latin America, storage in the Balkan peninsula, and delivery in Italy and Western Europe – this is the chain.

Albanian groups may have followed in Šarić's footsteps – after all, their criminal versatility is acknowledged by Europol, which defines them as poly-drug and poly-criminal – or even taken his place after the severe setback suffered after the police operation Balkan Warrior. However, these are just hypotheses. More evidence is however available about Albania becoming a cocaine lab. As noted by the DCSA, "some laboratory tests carried out on cocaine seized from Albanian traffickers have exposed refining techniques different from those normally used by the South Americans". Therefore, Albanian drug traffickers may not only be using their country as a hub, but also as a processing lab.

Albanian groups are on the rise. They know how to conquer new spaces, have made their way into the cocaine market, and are likely to have impressively increased their turnover. Their criminal experience developed even before the big bang of the 90s, when the breakup of the state (1991) and then the political and financial crisis (1997) created room for manoeuvre for the mafia. The process has then been strengthened through criminal links between the emigration and the mother country, and by the ability to create ties with other major criminal groups like the Italian 'Ndrangheta, the Turkish mafia, and other criminal groups of post-Yugoslav and North African origin (to which Albanian traffickers sell wholesale).

Albanian crime organisations, usually small to medium size, are based on blood ties and family relationships. "Albanian crime is a maze made of many, small groups”, explains Enzo Ciconte, university professor and historian, author of Mafie straniere in Italia. Storia ed evoluzione (Foreign Mafia in Italy. History and Evolution, Rubbettino, 2003). The criminal network is made of "people of the village", people related to each other. This discourages drop-out". As happens with Calabrian clans, fighting silence is not easy. Law enforcement and judges have a tough challenge to deal with.

Some pieces are, however, missing in the photograph of Albanian crime in Italy. First of all, nobody seems to have an idea of the business turnover. Second, who are the clans? Where are they rooted? Which national crime organisation are they emanation of? According to the DCSA, here there is a serious identification issue, since Albanian law allows to change identity with a simple procedure at the local municipal office in one's place of residence, which suggests that adopting a new name and surname might be common practice among traffickers.

However, the lack of information about clans and their turnover may also hint that the police struggles even more than usual in hunting down Albanian criminal groups. "Investigators have yet to get to the bottom of developments at the organisational level. Albanian criminals used to come to Italy and trade on the road. This exposed them. Those who managed to make money went back to Albania and now, from there, manage traffics in our country through their emissaries. Here are just the small fish. The control room is in Tirana and surroundings", suggests Enzo Ciconte.