Russians in Armenia, looking for a normal life 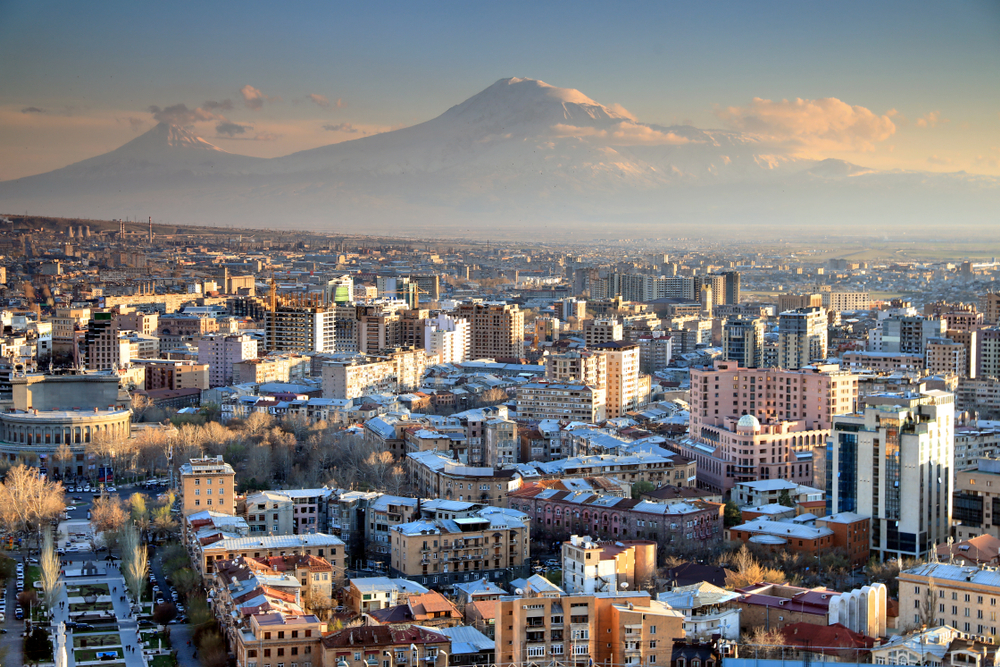 With the outbreak of the Russian-Ukrainian war, thousands of Russians have moved to Armenia. There is an actual emigration wave of Russian entrepreneurs with their families. Most of them choose to live in the capital Yerevan in search of peace and stability

Zvartnots International Airport, located in Armenia's capital, Yerevan, has been very active in recent months. The number of landing aircraft has increased. They come mainly from Russian cities. Due to the Russian-Ukrainian war that began in February this year, many Russian citizens are choosing to settle temporarily in Armenia. 142,000 Russian citizens arrived in Armenia in the first quarter of 2022.

Thirty-year-old Ilya Kuzmin is among the thousands of compatriots who have chosen to live in Yerevan. He says that here he finds life comfortable and that people are hospitable. "I left everything in Moscow: a house, a car, a good job. It has been less than two months since I arrived in Armenia. I took my wife and our newborn baby with me. We still live on our savings, but soon we will have to do something. The more time passes, the more we become convinced that our future is in Armenia. We are studying the situation, we intend to start a business here, but we are not sure yet", says Ilya, adding that, although they lived in a more luxury in Moscow, at this stage of his life he developed the conviction that he needed peace and stability which, unfortunately, he cannot find in his homeland at the moment.

"Armenians are very kind and hospitable. I have Armenian friends, I knew the mentality a little, I knew I would go to a cozy place, but the prices surprised me. I didn't know Yerevan was such an expensive city, I always thought that here life was affordable, but it's not. Especially the prices for renting a house are quite high, although, as I understand it, house prices are inflated because demand has increased in recent months", says Kuzmin.

Another Russian citizen, Lyudmila, 43, who moved to Armenia with her family, is also affected by the prices for rent. Her family of three has rented an apartment near the centre and she says she pays around $ 1,000 a month for a three-room apartment.

"I'm not complaining, the apartment has been recently renovated, but that money is a lot for our family. At the moment, however, there is no alternative. We have studied the Armenian real estate market well: we know that we will not find anything more affordable than the apartment we have now, but we understand one thing: if we buy a house with a mortgage, it will be more advantageous. At the moment we are addressing the issue of obtaining citizenship; when we succeed, we will begin the process of buying a house with a mortgage. If in the future we decide not to live in Armenia, the house will be rented out", says Lyudmila.

Lyudmila says that other families of some of her acquaintances are in Armenia at this time. And in recent weeks they have also met other Russians. She says that not everyone, like her, is in a hurry to take permanent roots in Armenia. Many wait for the geopolitical situation to calm down and then intend to return to Russia.

From the first day of war until mid-April, some 1,600 Russian citizens applied for Armenian citizenship to the Passport and Visa Department of the State Police. Compared to the same period last year, the number of requests has increased by nearly 8 times.

"They often ask me why I came to Armenia", says Misha, 22, who then answers: "I wanted to leave our country and at that moment Armenia was the best place to go without bureaucratic trouble. I took a plane and I came".

Misha, who has no visa to travel to Schengen countries, considers Armenia a transit country. He has been in Yerevan for a week, but he does not want to stay long. He says that although it is a welcoming and active country, he needs something else. "I will go to Georgia, to Tbilisi, in the near future, I will stay there for a week and then I will understand what I want. The war has created havoc in my brain, I cannot feel comfortable anywhere, I am still looking for my home".

Misha looks with envy at the people who have managed to put their thoughts together in these turbulent days and continue to live a normal life. "I have a friend who has transferred his business to Yerevan. I would like to be like him, I would like not to give in to my emotions and live, but I can't...".

In fact, the number of people who seem to have managed to face the situation by not giving in to emotions is not small. Tens of thousands of entrepreneurs have already moved their business to Armenia.

"We are witnessing a wave of entrepreneurial emigration in Armenia, with about 40-50,000 people who have relocated their business to Armenia in the high technology and related sectors", stresses Vartan Marashlyan, co-founder and director of the Repat Armenia Foundation.

Foreigners who come to Armenia also often enroll their children in school, which is made easier by the fact that in Armenia there are 45 Russian-language schools, whose students have increased in recent days.