Armenia and Azerbaijan: women peacebuilders on the post-conflict scenario

Armenia and Azerbaijan: Garden of Peace between the opponents 02/07/2018 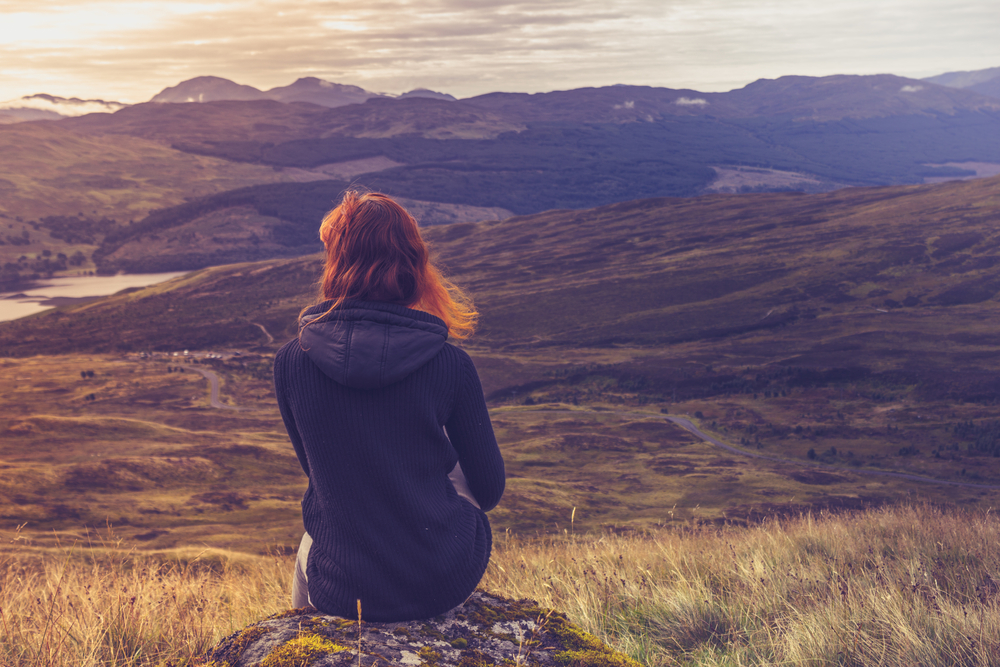 Women are not only victims of conflict, but also of gender discrimination, exacerbated by war. We talked about it with peace activists from Armenia and Azerbaijan

The November 10 ceasefire for the Nagorno-Karabakh, which ended the 44-day war between Armenia and Azerbaijan, is unlikely to bring any long-term peace. Post-conflict measures mainly focus on military and security issues, with the recent launch of a Turkish-Russian joint military facility in Azerbaijan and the Russian peacekeeping mission committed to preventing flare-ups of the tensions as well as dealing with protection of returnees and exchange of prisoners and bodies. Yet, the security dilemma in the region is inevitably intensifying, especially after the circulation of videos showing war crimes and Azerbaijan’s plan to sue Armenia for the cost of the reconstruction process. The tensions in the Syunik region between Armenian villagers and the Azerbaijani authorities are only the tip of an iceberg. The top-down format of negotiations - with the leaders of Armenia, Azerbaijan, and Russia meeting in Moscow to discuss the construction of new joint transportation infrastructure - will do little to defuse tensions.

Such an authoritarian management of the post-conflict scenario not only neglects humanitarian issues, but also generates two crystallised, isolated societies. Negotiators are missing the point by creating cross-border projects to unblock interregional movement without preparing the population for coexistence. That will be the hardest challenge once displaced people are allowed to come back to their territories. Ignoring women’s needs is a powerful common denominator of such joint enterprises. According to some local women peacebuilders from both Armenia and Azerbaijan, interviewed by OBCT, women are not only the victims of the war, but also of gender discrimination, exacerbated by war.

At the sound of sirens following the bombings, people living in the areas surrounding Nagorno-Karabakh were forced to flee to Armenia. Most were set up in improvised shelters, forced to sleep in cars, or hosted in the same house with other families. Women report the lack of gender-sensitive humanitarian assistance. “Many IDPs were placed in schools, however schools are not a place to live long-term, particularly as some of them have poor sanitation”, explains Afag Nadirli, consultant with the Azerbaijan Youth Foundation, international relations department. “People don’t receive basic healthcare. Most people whose houses were destroyed by shelling have not had a shower since they were displaced. Women, especially mothers, are a vulnerable group among the IDPs due to lack of access to healthcare. The numbers are large and the assessment missions of both the government and the UN Agencies take time”.

The transgenerational character of the humanitarian crisis emerges in the words of Saadat Abdullazada, an Azerbaijani activist who organises trainings on women's rights, including sexual and reproductive health. “My friends visited some shelters and they said that people, especially women, are desperate. They had to flee their homes as children and now their children have to do the same, which is a psychological trauma”. She tells about a pregnant woman who grew up in a refugee camp - now her baby too will be born as a refugee. ‘’I cannot imagine how they feel’’, she adds.

Breed for the army

Violence against women goes beyond the direct impact of the conflict on their living conditions; it is structural and has to do with the securitisation process perpetuated by governments, which made the military apparatus the cornerstone of the political, economic, and cultural system. Militarist, macho culture pours out on women in the form of a patriarchal structure that affects their everyday lives not only in wartimes, creating what feminist scholar Cynthia Cockburn defines a continuum of violence. However, this does not mean that women are aware of the poisoning effects of war culture on their rights and freedom.

‘’There was so much warmongering by women in Armenia’’, explains Arpi Bekaryan, peace activist and freelance journalist. ‘’They would push men to fight. If you were not in the army, if you had not served, if you had not fought, you were not a real man. Some women shared Facebook posts like: ‘why don’t you go? Why are you still here?’. There was also a Facebook group where women shared photos of soldiers, debating on ’who is more handsome?’, this kind of things’’.

‘’In Azerbaijan’’, tells Saadat, ‘’most women want war, they say ‘we want our lands back! We have to go! We have to continue this war!’. I remember that, when news came that they had conquered one of the villages, I heard a lot of people go out on their balconies and shout. Most of them were women, crying out ‘Karabakh is Azerbaijan!’. I could not sleep that night. It is not surprising though, because most of it is propaganda from school. We had no choice. Women and men were raised pro-war’’. Saadat also reports many shocking Facebook posts by Azerbaijani women and men, inviting women to marry disabled soldiers coming back from the front and to give birth to more children to support the army, even in exchange for monetary compensation from the government.

“During the war, I started noticing how many in Armenia started to say that we need to give birth to more children to support the nation”, recalls Knarik Mkrtchyan, coordinator of projects on Women, Peace, and Security. “Patriarchal militarism treats our bodies as incubators, to give birth to soldiers. I heard friends of mine say, ‘I don’t care if I don’t get married, I want to have a child to avoid a demographic crisis’. Can you imagine such a patriarchal society coming to that, accepting unwed mothers? On the other hand, many have started talking about compulsory military service for women.

Mothers have embraced the mission of putting the nation before their own children, accepting their death as a necessary sacrifice, to the extent that women even consider to sacrifice their own lives. This pro-war mentality, while pushing women to reproduce, also affects their reproductive rights. Both Armenia and Azerbaijan rank in top positions worldwide for sex-ratio at birth, with a ratio of 113 per 100 girls , signalling a high rate of selective abortions.

Gender mainstreaming as a prospect of change

Armenia and Azerbaijan also present alarming rates of gender-based violence (GBV), which are likely to increase in times of emotional distress and frustration. In both countries, feminist associations organised protests advocating for the ratification of the 2011 Istanbul Convention against Violence against Women. This shows how countering macho culture could create a common ground to engage the population in deconstructing the pro-war narrative. Yet, gender issues are not a government priority. According to Saadat: ‘’the war started in September and we had scheduled training on gender and reproductive health issues in Azerbaijan. It was supposed to end at the end of November, but when the war started the youth centre we worked with, which is under the government, said that they had to organise training on historical and militaristic issues and would not be able to do gender-related training. People, they said, might get angry: ‘we have war and you’re talking about gender-based violence?’’’.

‘’In Armenia’’, reports Knarik, ‘’peacebuilding is not popular now; it is really infamous work, as peacebuilders are much criticised. At this point, peacebuilding is all about tracking the consequences of the war, showing the consequences of the war on people and, indirectly, pointing out that peace is the only solution. We do not use a direct lexicon. It is not safe and, as I said, martial law remains valid in Armenia. We have to be careful with wording, with everything, with interviews’’. She adds: ‘’No woman was at the official negotiations. There was no interest in engaging women. My vision is to foster dialogue on different levels. This is the solution if we really want to have peace’’.

It is this very kind of elitist international politics behind closed doors that undermines the perspectives for stability in the region, inflaming reciprocal distrust and hate. The new status quo is a win for Azerbaijan, Russia, and Turkey, but not for the international community - especially OSCE and the Minsk Group - that has seen its political role in the Nagorno-Karabakh conflict sharply diminished. OSCE could relaunch its role adopting an integrated multi-track approach, namely opening channels of communications between mediators and civil society, as also recently stressed by Caucasus expert Thomas De Waal . Likewise, innovative approaches should move beyond a Western vision of liberal peace, with the enforcement of rule of law and democracy as the only way toward stabilisation. International donors, instead of sticking to a narrow audience - for instance through cross-border meetings exclusively between journalists or leading political figures - should address the basic needs of the population in a post-war scenario. Projects should be pragmatic and bottom-up in order to produce communities in practices, namely communities of people who share some advantages in engaging in ongoing joint enterprises.

Current critical humanitarian issues in the post-conflict scenario include the reconstruction process and the management of the large numbers of displaced persons and refugees, including some psychological aspects such as assistance to victims of war trauma. These intertwine with other delicate issues such as rehabilitating arable land and pastures, sharing water resources between the Armenian and Azerbaijani villages along the international borders and, last but not least, contrasting gender discrimination, clearly exacerbated by war. Listening to local women can point international actors to the right direction an incremental approach should take. "Talking about really basic issues, such as electricity, children's education, and not directly about the conflict", Afag suggests, "these are the good things that build common ground. I hope that women's problems can be one of these things”.

At the time of writing, it is unreasonable to imagine a convergence between the two populations. Demining and reconstruction processes will probably be completed before the end of the decade. Then, some Armenian and Azerbaijani people will inevitably find themselves living door to door. It is time to start empowering the population in cross-border projects. Women’s needs could be a starting point. Women could gain many benefits from being engaged in gender-sensitive projects of common interests on critical issues, e.g. shelter coordination for victims of violence, physical or psychological support programmes, development of an early-warning system aimed at countering GBV, and awareness-raising campaigns. Finallly, international actors like OSCE should pursue the establishment of a women's council assisting the negotiations process. Never before has the adoption of a gender perspective in Nagorno-Karabakh conflict resolution been not only a humanitarian matter, but also a prospect of change.