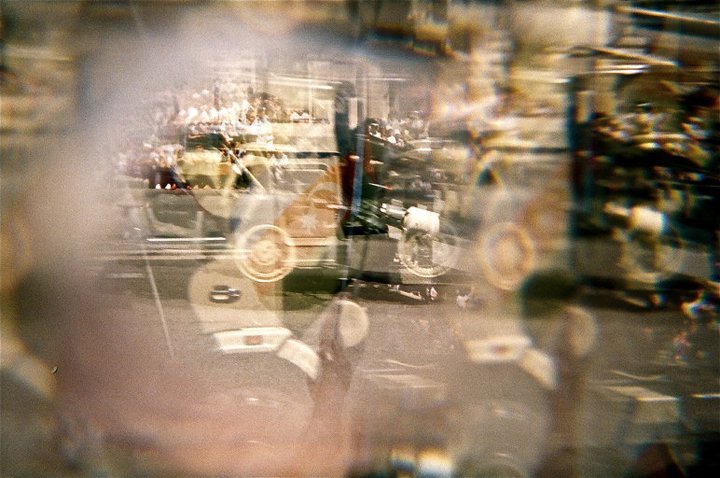 Arzu Abdullayeva has faced threats, insults and even violent demonstrations because of his peace activism between Armenia and Azerbaijan. But she never gave up

Arzu Abdullayeva has faced threats, insults and even angry demonstrations during the 26 years she has worked to help reconcile Armenia and Azerbaijan.

A native of Baku, Abdullayeva remembers when Armenians were her neighbors and friends. But after a generation of war over Nagorno-Karabakh, this veteran peace activist is growing increasingly pessimistic that the two nations can find peace.

“They said that I’m pro-Armenian, that I have Armenian blood, that my father, mother and grandfather were Armenian. That was not enough for them: they threatened me, held a demonstration in front of my office and wanted me to commit suicide. They did all of this because I was involved in peacebuilding,” Abdullayeva, who serves as the head of Helsinki Citizens Assembly in Baku, says.

The war over Nagorno-Karabakh, which was at its most intense between 1991 and 1994, ended with a ceasefire. Peace has been elusive, however: sporadic fighting has continued as Armenia and Azerbaijan negotiate to end the conflict.

The Azeri government’s attitude toward peacebuilding has changed over the years, Abdullayeva says.

“The situation was better under former President Heydar Aliyev. Not long after he came to power, I appealed to him and, as a result, 38 Armenian captives were released. Later on, the situation got much worse. Now it has reached the point that we cannot implement any peace projects,” she says.

Arzu Abdullayeva argues that the hardest people to reach are those who want war without realizing the depth of the pain it brings – and the politicians who see the Nagorno-Karabakh conflict as a game.

But she says she has had good experience implementing peacebuilding projects with colleagues from Armenia, as well as neighboring Georgia and other countries.

“Certainly, we have made good achievements in this area. We have held many meetings and events.”

Abdullayeva adds that she and her colleagues played a major role in working on the Madrid Principles – one of the proposed peace settlements for the conflict.

They were also instrumental in helping 500 missing people, out of the approximately 4,000 people who went missing during the conflict.

Despite their successes, Abdullayeva wishes they could do more.

“It's painful. Maybe if we were more experienced, we could rescue more people,” she says.

Close relations with her Armenian colleagues in Nagorno-Karabakh have been vitally important to every success, Abdullayeva says, because they all believe in peace, humanity and acting with conscience.

“Through them, we were able to reach those missing people. If we didn’t believe in the same things and didn’t share the same feelings, none of our successes would have been possible.”

In 2005, Abdullayeva expanded her peace activism, and helped create an international group to find a way to resolve the conflict.

Her organization, together with the Dutch IKV PAX Christi and the Finnish Crisis Management Initiative, created the Public Council of Experts on the solution of the Karabakh conflict.

The group includes peacekeepers, political scientists, internally displaced persons, editors, and others. Members of the group, which does not currently include any Armenians, are working on road maps to resolve the conflict.

“We come together and discuss news and developments related to the Karabakh issue and we evaluate the situation. Later we share our findings with our Armenian colleagues. It [cooperation] is quite difficult,  because Armenians are not able to come to Azerbaijan and Azerbaijanis cannot travel to Armenia,” Abdullayeva says.

The April 2016 war underscored the fragility of the group’s peacebuilding efforts. Also known as the “April War” or the “Four-Day War,” it was the worst flare-up since the 1994 ceasefire and resulted in the death of at least 200 people. Journalists, politicians and some peace activists on both sides temporarily became online war propagandists during the fighting.

Abdullayeva remains philosophical about the experience.

“The true intention of a person becomes clear in a crisis,” she says.

During the four days of intense fighting, she issued a public appeal, urging both nations to end the conflict.

“I asked people to control their emotions, to think and to act rationally. The war doesn’t benefit people in Armenia or Azerbaijan,” Abdullayeva says.

As an activist, Abdullayeva has paid a heavy price for her efforts to bring peace to her country.

Internationally, however, her work as earned praise and accolades. She has been recognised several times, including in 1992, when she and her Armenian colleague, Anahit Bayandur, received the Olof Palme Peace Prize for their efforts to facilitate prisoner-of-war exchanges and promote dialogue during intense phases of the conflict.

The two women also co-wrote a book on peacekeeping, “Gender and Peace.” The book is now used as a textbook in trainings that focus on conflict in the South Caucasus.

“I think any peaceful, kind person can be involved in peacebuilding between communities.”

Abdullayeva still grieves for Bayandur, who passed away several years ago.

“She was not able to see the peace that she wanted so much. She was a fair and kind person.”

Her friendship with Bayandur, in some way, echoed her childhood memories - but it also underscored the cultural ties that the two countries have lost due to the war.

Growing up in Baku before the fighting started, Abdullayeva had many Armenian friends and neighbors.

“I had many Armenian friends during my school years. In our apartment building we had two Armenian families living on our floor. We were brought up together with their children. One of them, Eliza Mahmutyan, was my close friend. I never imagined that there might be clashes between these two nationalities in Baku. But it happened. When I returned home from Moscow, where I had been studying, they [the Armenians living in the building] were not there.”

Today, Armenians and Azeris have limited contact with each other. Abdullayeva was not even able to attend Bayandur’s funeral in Armenia.

But Abdullayeva’s reputation and her commitment to building ties with Armenians have inspired some ethnic Armenians still living in Azerbaijan to reach out to her for help when they face prejudice and injustice, including being fired from their jobs, kicked out of their homes and blocked from receiving state pensions.

“I released a statement that these people are loyal to Azerbaijan. They didn’t go anywhere; they stayed in the country. In return, we have to defend their rights and support them,” she says.

“My statement was very poorly received. But I was defending humanity.”

Both Armenia and Azerbaijan have lost a lot by cutting ties, Abdullayeva says. She says both sides are to blame for the rift, although the pogroms in the 1980s exacerbated tensions.

“It happened in Armenia and Azerbaijan. It was a painful process. Our people think that only Armenians persecuted Azerbaijanis there [in Armenia]. But that is not true; unknown people in Azerbaijan also organized such things,” she says.

“So when we work with people, we always say that neither side is innocent. Both sides have great sins.”

She stresses that both countries have many things in common, and people should focus on that instead of fighting over who can claim ownership of the elements of culture they share.

Abdullayeva notes that the timeline of the conflict  – 26 years – represents one entire generation.

With the passing of time, she says she is losing optimism that the two sides can be reconciled.

“I have spent my whole life trying to build peace. We have tried to reconcile the Armenians and Azerbaijanis for years. Unfortunately, it has not been possible. That's why I'm disappointed. Generally, I'm an optimist, but with time, I'm also becoming a pessimist.”