To stand for peace, in spite of everything

Armenia and Azerbaijan: Garden of Peace between the opponents 02/07/2018 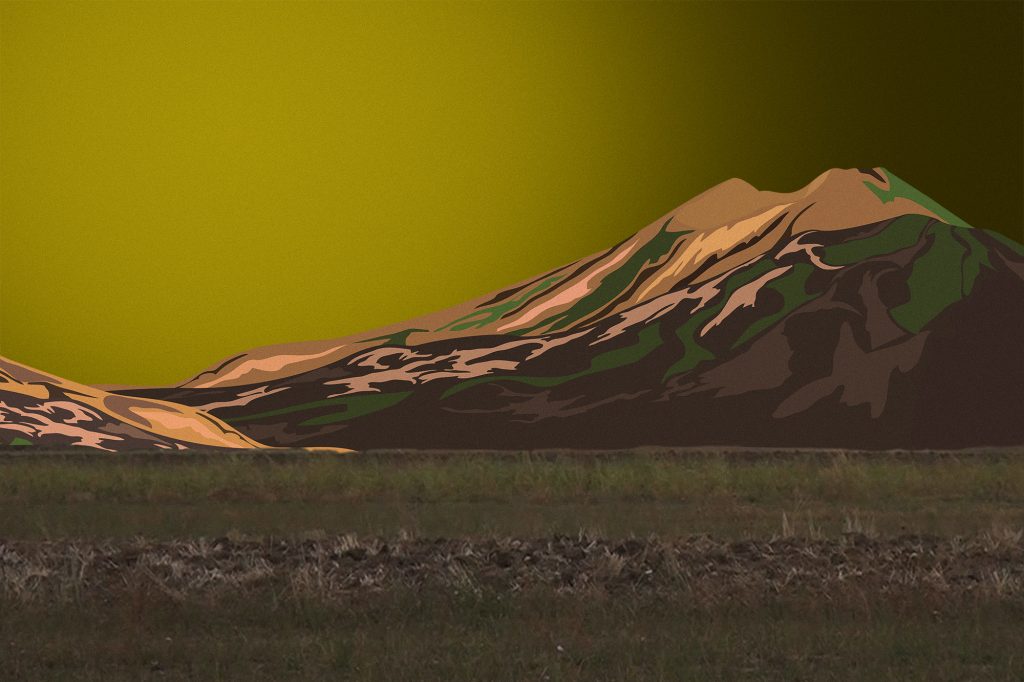 In Azerbaijan, trauma is a part of national identity. Today, it feeds the war and silences voices for peace. But would-be peacemakers, no matter how hard it is, must have compassion for and engage with this trauma while remaining true to their principles

The recent escalation of conflict in Nagorno-Karabakh has demonstrated with absolute clarity the power of historical trauma among the Azerbaijani public.

A fractious and divided society has suddenly been consolidated through the power of military action. The government, the opposition, and the de-politicised majority now espouse the same dominant narrative of a national duty to take back the country’s lost lands.

Meanwhile, the voices calling for peace have never been more marginalised.

We saw the first glimpses of this phenomenon in July during the skirmishes on the border between the two countries.

In the imagination of the Azerbaijani public, Armenia is a rather weak enemy, reliant upon Russia. However, in July, fighting with Armenia ended with a major loss — General Major Polad Hashimov was killed. This was the first loss of such a high-ranking officer since the ceasefire was signed in 1994.

Despite a clampdown against the opposition and the severe rules of an ongoing COVID-19 lockdown that mandated social distancing and restricted civil freedoms, this news sent Azerbaijan’s public into a fury. Within 24 hours of Hashimov’s death, tens of thousands of protestors flooded into the centre of Baku in a massive, and unprecedented pro-war rally.

Some protestors even broke into the Azerbaijani parliament, damaging some of the furnishings inside before police dispersed them.

This was the material manifestation of the primordial trauma that the loss of Nagorno-Karabakh is for the post-Soviet Azerbaijani identity. The whole of the country’s national identity has been constructed upon this loss — and as such, each and every escalation sparks hope among the public for a return of the lost lands.

This is the dominant narrative that is at the foundation of modern Azerbaijan.

The logic of the dominant narrative is a simple one: Nagorno-Karabakh had been a primordial part of Azerbaijan and Armenia stole it with Russia’s help. By this logic, a war for Nagorno-Karabakh is necessarily one of liberation, not, as the current inhabitants of the region see it, a war of occupation.

Alternative narratives, such as the peaceful resolution of the conflict and long-term dialogue, considered both ineffectual and deceptive, have been excluded from the public discussion. Especially, as the brief thaw between the two countries after the revolution in 2018, again chilled after Armenian Prime Minister visited Nagorno-Karabakh and called for the unification of Armenia and Nagorno-Karabakh.

The monopolisation of all discourse by the dominant narrative has meant that, at least psychologically, Azerbaijan has long been ready to begin a war.

The illusion of peacebuilding

After the July skirmishes and scuffles between ethnic Armenians and Azerbaijanis abroad, a new peace initiative appeared. Dozens of progressive Azerbaijanis and Armenians, mostly based in Western countries, called for peace and dialogue. Such a call was not new, exhortations of the same character had previously appeared in 2014.

Notably, both in 2014 and 2019 the calls to peace were mostly signed by people who lived outside of both Armenia and Azerbaijan. They accomplished little and such impotence should surprise no one.

Such initiatives have always been invisible in Azerbaijan. For example, youth-oriented peace projects, usually financed by the European institutions, only attracted only particular circles of youth, undoubtedly progressive, but always the same people, with certain privileges — they were English-speaking, open-minded, and held well-established anti-war views.

Peace and dialogue initiatives have never reached a broader audience. And, most likely, it has never been a goal of the organisers – they had to cope with the existing authoritarian regime, and as a result, followed a soft and de-politicised agenda without any concrete propositions and avoiding a direct critique of state policy.

The idea of one such project was for participants to send letters to the other side – from an Azerbaijani to a reader participating in the same project in Armenia. When I looked at the names of the senders, I recognised most of the authors – I knew them personally.

But in spite of the flurry of letters from the usual suspects, the supposed ‘sacred’ duty of the nation has remained unquestioned by both the opposition and wider civil society. This is because such projects reached their goals only on paper, and their messages remained unheard by a broader, rather sceptical audience of average people.

Nevertheless, in previous years, those of us who stood for peace were not aware of the extent of the isolation of voices calling for peace. It was only after the nationalistic euphoria that erupted during and after the clashes in Nagorno-Karabakh in April 2016 that we were shocked to realise how isolated from the rest of the country we really were.

In fact, it was just the other day that someone asked whether people like us were even born of an Azerbaijani mother.

Four years ago, many of us were in turmoil — how was it possible, we asked, that those who profess to stand with democratic values so easily changed their principles?

Today is different, now we expect and are ready to endure extreme marginalisation and exclusion — and we will do so until the lethal nationalism that grips the countries of this conflict comes to an end.

The trauma will stay with us

After a partial military mobilisation was announced in Azerbaijan on 27 September, social networks filled with posts echoing the same two words: ‘return alive’.

Already, hundreds of those who were born ten years after the conflict started are no longer with us. More painful still is to see the lists with the years of birth of the soldiers: 1999, 2000, 2001.

Unlike in 2016, now both sides do their best to show ever more shocking videos, and social media feeds are an endless scroll of images of death. Even if one tries to avoid them, it is impossible.

All of us are members of traumatised communities — and now we have been wounded again, our old traumas have been exposed and new traumas made daily. It is a vicious cycle — the pain of the past fueling the pain of the present and the future.

This trauma cannot be avoided. It is real and we must learn to live with it.

But despite its concrete reality, we must also realise that our current methods of coping with it do not work. Violence will only feed more violence. And a ‘dialogue’ that is moulded by the dominant narrative and monopolised by the state will not bring peace between our nations, at least, not in the near future.

We must demand another way. No matter how hard that is.

But also, we who stand against the war should be ready for compassion. The suffering of both nations will last a long time. And we must understand the suffering of our communities and stand by them, working tirelessly for peace — even if they reject us.

We must demonstrate compassion and patience, and remember: the trauma stays with us.