Armenia: Let's hope it's (not) a girl 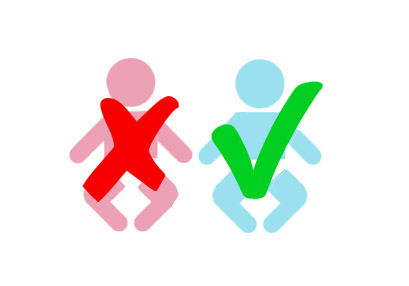 Mariam is 31 and the mother of three daughters. She comes from Armavir in western Armenia. Even after the birth of her second daughter she continued to follow her dream, trusting in the probability theory: to have a male child. Hence, when she discover that she was pregnant again with a daughter, she decided to have an abortion. "I feel guilty about making this decision, but I still hope I'll have a boy. I don't want to discover once again that I'm expecting a daughter and have to have an abortion again, I can't...I keep telling myself that next time will be the good one."

In Armenia many women like Miriam often resort to selective abortion in order to have male children. They are convinced to do this by husbands or by family members, thus seriously risking their health and the demographic equilibrium of the country.

According to the 2016 Global Gender Gap Report , Armenia is the second country in the world after China for the rate of selective abortions. Tarik Hayrapetyan, representative for UNFPA Armenia (UN agency for family policies) the sex of the foetus is the reason for 10% of all induced abortions in this country where every year about 1,400 female births are interrupted. The problem of selective abortions came to light with the independence of the country in the nineties. Even though abortion was widely used in Armenia as a contraceptive since the period of the Soviet Union (the first country to legalize abortion in 1920).
This problem is not only seen in Armenia but it is common in all of the Caucasus. This is confirmed by the presence, in the first ten places of the countries with the highest number of selective abortions, of Azerbaijan (5th place) and Georgia (8th place).
According to a 2013 UNFPA Armenia report, the country also has the highest male birth rate in the world and a sex ratio of 113-115 male births to 100 females while the world media is 105 male births to 100 females. This same research shows how this gap progressively increases according to the order of the births: while the relationship between sexes is relatively well-balanced with the first births, it increases to 173 males to 100 females at the third child.

What is the cause?

According to Ani Jilozian, an activist with the Women's Support Centre in Yerevan, this is mainly due to three related factors. The first is the preference for male children derived from the family structure in which girls and women have a social, economic and symbolically marginal role and subsequently have fewer rights. Sons are a security for every family as they are charged with looking after their parents and helping them in their old age. Whereas once the daughters are married they usually go to live with the husband's family. A second factor is the development of technology which allows parents to know the sex of a child before birth. Finally, the low birth rate in Armenia (where each woman gives birth to 1.7 children), reduces the probability of having a male child in a small family, thus increasing the necessity for selecting the sex.
Although a statistical evaluation by UNFPA Armenia in 2012 shows that 70% of abortion cases were chosen by women, they were not always in a position to freely make this decision. According to a qualitative study done by Ani Jilozian and based on a series of interviews with women who used selective abortions, the majority of women interviewed, also claiming to have originally chosen to have selective abortions, later admitted to doing so because of strong pressure from husband or family to have a male child. Sometimes it is the husband who makes the decision for his wife, often resorting to psychological pressure.

According to Armenian law, a woman can have an abortion up to the 12th week of pregnancy, a period when it is impossible to tell the sex of the child, which shows that most of the selective abortions are both illegal and dangerous. Only 57% of women are aware that this process is illegal and that it entails high risks for their health.
Recently the Armenian government introduced a new law to combat the selective abortions. Before having an abortion, a woman must consult with her doctor and then wait three days before receiving authorization for the procedure. According to the government this law should help to raise awareness among the women to the risks involved and to allow them to make better choices.
However as Ani Jilozian explains, this law is inadequate as it limits the woman's reproductive freedom and puts her health at risk. Making selective abortions illegal is not an effective solution to the problem. It does not remove the main reasons behind the sexual preference which are deeply seated in Armenian patriarchal society. The attempt to limit access to abortion without facing the main cause for the preference of the sex is likely to increase the demand for illegal and unsafe abortions, especially in women from marginalized communities.
Even though selective abortions have slightly decreased in recent years, some predictions foresee that if this issue is not properly addressed, by 2060 the country will experience a deficit of women of about 93,000, or rather 3% of the present population. This would consequently cause a migration of a part of the male population who would look for a partner outside of the country, thus putting the demographic equilibrium at risk.