Gendercide in the South Caucasus 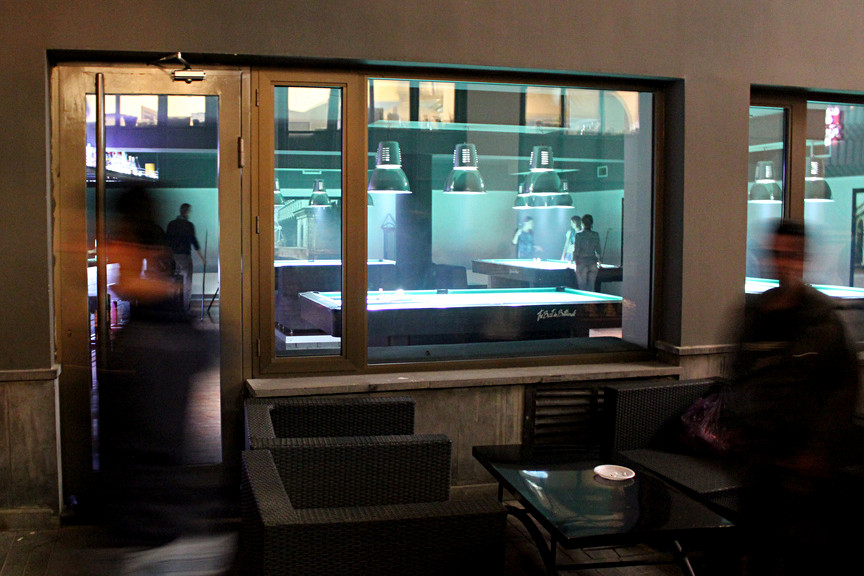 “A boy is OK, a girl is not”. In the Southern Caucasus, male newborns outnumber females by more than 10%. Experts have no doubt that the cause lies in the practice of selective abortions, an already-known phenomenon in China and India. This clearly shows how gender inequality is still highly present in the region

Many more boys than girls are born in the South Caucasus – 112 boys for every 100 girls in Armenia and Azerbaijan, and every 111 girls in Georgia, according to a recent report by the Council of Europe. A slight disparity (of 105-106 boys for every 100 girls) is common and likely to be related to nature's attempt to compensate for the relative weakness of male newborns and children. In most European countries, statistics consistently register a coefficient that is close to this norm, with the Southern Caucasus republics and Albania (112) being the most significant exceptions. Worldwide, the phenomenon has been widely denounced in China and India where the practice it is certainly even more striking in scope. The word gendercide has thus come into use to refer to the millions of girls that are largely victims of selective abortion. In Asia, explanations for the phenomenon have related it to the one child law in China, the costs of raising a daughter in India, and, more generally, to the social and economic inequality between genders.

In the case of the South Caucasus, the anomaly seems to resist easy interpretations. According to official data, the ratio remained within the norm in Soviet times and started deviating in the mid-nineties. In 2000, it was above the worrisome figure of 115 in all three republics. Nothing similar has been registered in neighbouring countries (Turkey, Russia, Iran) or in central Asian ex-Soviet republics. First, it is hard to explain the phenomenon only by attributing it to patriarchal culture, which is certainly not an exclusive characteristic of the South Caucasus. Secondly, we are dealing with three countries with many commonalities, but also significant differences in terms of culture and religion (the Orthodox church is dominant in Armenia e Georgia, Shiite Islam in Azerbaijan).

The issue has been little acknowledged or debated in the region. Some researchers have dismissed it as a matter of incomplete registration of data following the demise of the Soviet Union. Yet, several studies confirmed the phenomenon and analysed data provided by statistics offices and research on fertility. A study on birth order in Georgia between 1997 and 1999 showed a distinct preference for males. In first-borns, the ratio remained within the norm (105). For the second-born, it rose to 108. For the third-born, it jumped to 140. Women with two daughters and a male third-born had had more abortions than the average. If the first two children were female, 42% of women planned a third. If at least one of the first two was male, the percentage decreased by half. All these factors clearly indicate preference for sons over daughters. Reports by health and demographic services in Armenia, Azerbaijan, and Georgia in 2005-2006 confirm this tendency, especially with regard to the third-born. In all three countries, the ratio was over 150 males per 100 females.

Doris Stump, "Prenatal sex selection ", report to the Parliamentary Assembly of the Council of Europe, 16 September 2011

In spite of differences among countries and over time, there is no doubt the phenomenon exists. The issue was recently raised in a report presented by Doris Stump to the European Council's parliamentary assembly and dated 16 September, 2011. The report explicitly mentions Albania, Armenia, Azerbaijan, and Georgia, and calls for governments to measure the phenomenon and raise awareness among health professionals as well as the general population. “Prenatal sex selection is to be condemned as a phenomenon which finds its roots in a culture of gender inequality and reinforces a climate of violence against women,” writes Doris Stump. “It has harmful consequences, including population imbalances, a rise in criminality and social unrest, and an increased risk of human rights violations such as trafficking for the purposes of marriage or sexual exploitation.”

Widespread preference for sons is an apparent, as well as worrisome, indicator of gender inequality. As highlighted by Stump and demonstrated by the experience of Asian countries, where the phenomenon is older, direct repercussions of pre-natal sex selection are very concrete: a society where young men outnumber young women by over 10% – as is bound to happen in a few years in the South Caucasus– can create serious social imbalances.

According to Nino Modebadze, editor-in-chief of Ginsc.net, a portal on gender issues in the South Caucasus, the phenomenon is caused by strong gender inequality. “Progress has been made in Georgia over the last few years and an equal opportunity law was approved,” she told Osservatorio in her office in Tbilisi. “But in our society, women are still regarded as second-class citizens... they have fewer career opportunities, lesser wages.”

If we take political representation as a litmus test, the Georgian case leaves no doubt – with 9 female MPs out of 138, the country has the lowest percentage of women MPs (6.5%) in the OSCE. “If you ask a Georgian man whether he wants a boy or a girl, he will certainly say 'A boy, of course! I want a son, and will have one'”, continues Nino Modebadze. “But the problem runs so deep in society that it is not talked about or acknowledged, and the media ignore it.”

Indeed, few are the journalists who paid attention to this issue. One of them is Tiko Tsomaia, who wrote about it in Georgian magazine Liberali as early as 2009. “In the beginning, everyone was just in denial”, she said to Osservatorio. “Even now, few want to talk about it, but little by little some started to acknowledge the phenomenon and take a stance...for example, representatives of the Orthodox church. But there is still a lot to be done”.

Therefore, the question remains: how to address a complex issue that resists easy, ready-made interpretations? In an official recommendation , the European Council asked Albania, Armenia, Azerbaijan, and Georgia to investigate the causes of the phenomenon, create incremental efforts for equal opportunities, organise and support awareness-raising campaigns, and provide health professionals with specific education on selective abortion.

Why the South Caucasus?

It does not come as a surprise that the Council's first recommendation was to thoroughly investigate the causes of this phenomenon. The (few) researchers who dealt with it in the South Caucasus have described it, thoroughly analysed available data, and convincingly argued for the connection between the wide disproportion between male and female first-borns and the practice of selective abortion. However, they have not yet clearly singled out the elements that put these countries at the dubiously flattering top of the male/female birth ratio world ranking .

Selective abortions are allegedly more widespread in rural areas or, in the case of Georgia, in those areas populated by ethnic minorities. However, available data do not seem to support this hypothesis. In Azerbaijan, for instance, the m/f birth ratio is considerably higher in Baku than in areas bordering with Dagestan (in the north) or Iran (in the south).

A generic reference to “traditional values” (a phrase often used – and abused – to legitimise stereotyping of and discrimination against women or LGBT people) does not seem to be a valid explanation per se, since gender discrimination is equally or more endemic in many other countries. Relatively inexpensive technologies for determining the sex of the unborn child have spread since the nineties, but certainly not only in the South Caucasus.

Therefore, further explanations are needed. The widespread use of voluntary interruption of pregnancy as a contraception method in the USSR left an heritage of high abortion rates. According to some estimates , Armenia, Azerbaijan, and Georgia currently have some of the highest abortion rates in the world. If the current trend persists, women in these countries are expected to have an average of three abortions in the course of their life. The significant difference between official data and survey findings suggests that most abortions take place in “non official” circumstances and thus, often with more risks for women's health.

Another crucial factor is the decrease of the number of children per woman. If a woman has many children, it is more likely that one of them will be male. In the mid-sixties, each woman had on average three children in Georgia, four in Armenia, and five in Azerbaijan. Now, these figures have drastically shrunk to two in Azerbaijan and less than 1.5 in Armenia and Georgia. Against this backdrop, parents who want a son know they cannot afford “mistakes” and frequently choose abortion if they are not happy with the sex of the unborn child.

These data show that a significant part of the population in the South Caucasus is ready and willing to resort to abortion as soon as the unborn child is found out to be a girl. “A boy is OK, a girl is not.” The fact that such a crucial choice in one's life – having a child – is so heavily conditioned by the sex of the child mercilessly exposes the pervasiveness of gender discrimination in these societies. Therefore, acknowledgement of the problem and an open, informed public debate would be important steps towards addressing an issue – gender discrimination – that is certainly not exclusive to the Southern Caucasus.