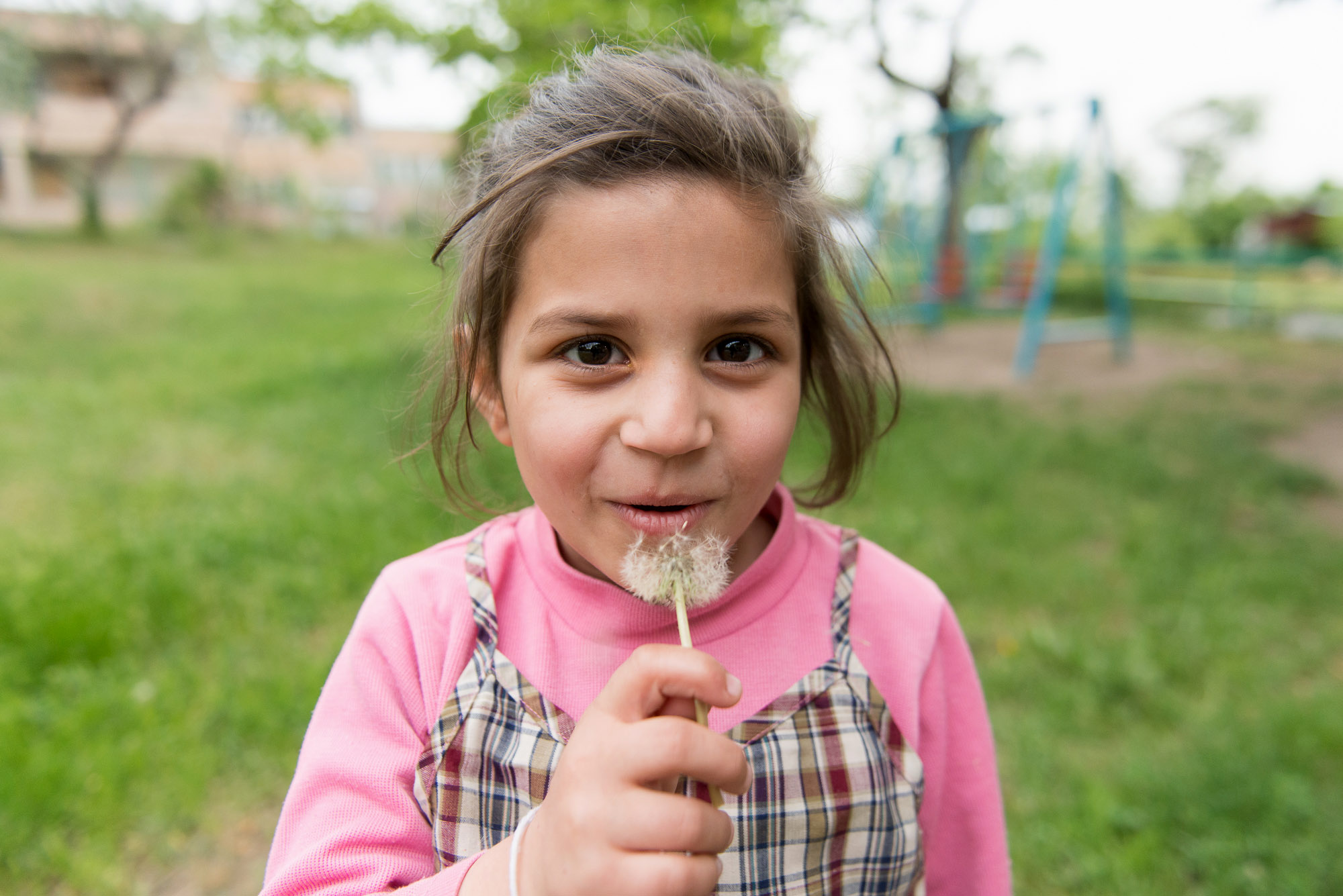 In 2005, more than 10,000 children were enrolled into Soviet-era boarding schools and children’s institutions in Armenia. Mistakingly referred to a ‘orphanages,’ an unfortunate term given that most children have at least one parent, the situation has improved since, with over 2,500 enrolled today. However, note child protection advocates, the need for deinstitutionalisation remains urgent. In neighbouring Georgia, for example, there were just under 5,000 children in Soviet-era boarding schools and orphanages a decade ago, but stands at just a few hundred today.
“Institutionalisation occurs because there is insufficient support for families living in poverty,” says Mira Antonyan, President of the Child Protection Network in Armenia, a ChildPact coalition member. The network consists of 39 Non-Governmental Organisations (NGO) with a 40th set to join this year. Antonyan is also Executive Director of the Fund for Armenian Relief’s Children’s Support Centre, itself a member of the Child Protection Network. Citing World Bank statistics, she says that half of all children in Armenia live below the poverty line. That’s 440,000 children.
“Children were sent to the institution because they needed to eat, and although they do suffer as individuals living in these large groups away from their families, they do get something there,” she explains. “We need support services to counter that and to bring them back to their families.”

But although the process of deinstitutionalisation in Georgia has been relatively successful, that’s not to say that it’s been without problems too. Up to 1,600 children living and or working on the streets of Tbilisi, the capital, and other cities in the country demonstrates this only too well. It’s a lesson, says Antonyan, that the Child Protection Network is keen to avoid in Armenia. It’s also one of the reasons why Antonyan says ChildPact, as a regional coalition of national child protection networks, is incredibly beneficial as well as important. 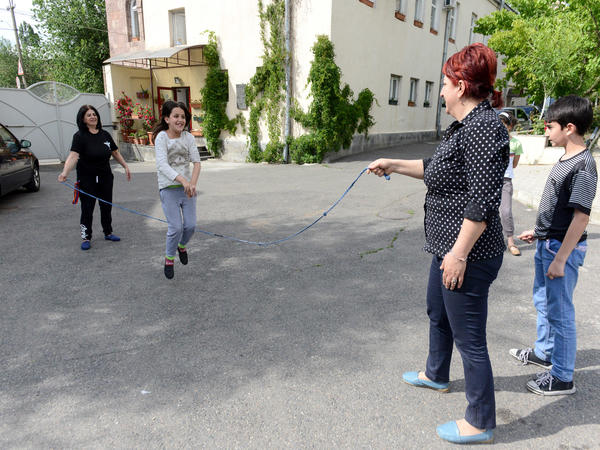 “Deinstitutionalisation has happened in different ways in different countries,” explains Antonyan. ”Some were successful while others failed, but none were entirely successful. However, the successes we encountered through ChildPact were very interesting and useful for us. There is the Romanian example, the Bulgarian, the Serbian, and the Georgian. Taken together, we can design our own plan. We wanted this cooperation, we wanted to learn from each other’s experiences, and as post-Soviet or post-socialist countries, a lot of things are happening in the same way.”

Antonyan explains that becoming part of ChildPact was not an artificial move. Instead, she says, it emerged in a very natural way. “We were looking for this and we are very happy that it happened,” she continues. “Regional cooperation is about learning from each other and avoiding the mistakes others might have experienced before.”

As part of this, Antonyan’s FAR is one of those NGOs in Armenia responsible for a pilot project to bring fostering into the country. In particular, focus has been placed on continuity and permanency. She is keen to stress that deinstitutionalisation and fostering should not mean neglecting a child’s biological family, but shall be considered as temporary care until specific problems that might lead to institutionalisation persist. It’s also for this reason that there are two types of foster care in Armenia — short-term (up to one year) and long-term (more than a year).
“As a social technologist, I know in society you will always find people who will say it will be difficult to implement foster care,” she says, “but in our case I think it will be easy. From 2005 to 2008 we had a pilot programme in the Lori and Gegharkunik regions with UNICEF and more than 300 families registered to become foster carers. These families were those whose own children had already left home or are grandparents now. Many of the children have grown up and some even went to the army, but came back to their foster parents.” 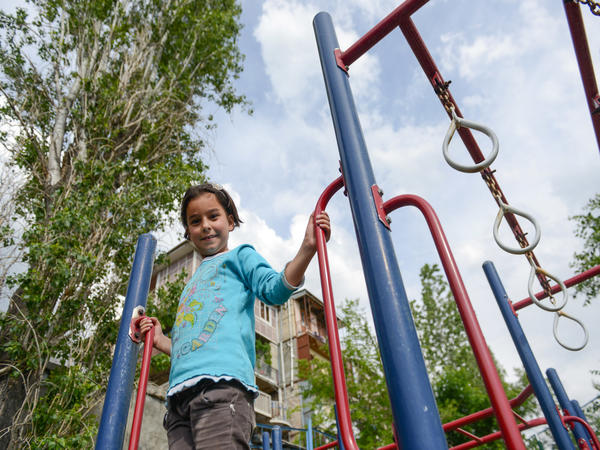 Tatevik Gharibyan, the only officially employed representative of the Child Protection Network in Armenia, agrees. In particular, she says that as part of ChildPact, the Armenian network has the opportunity to promote and to advocate for child protection issues on a national and regional level. She also confirms that the institutionalisation of children in Armenia remains an issue, especially as around 80 percent of children in institutions have at least one parent.

“They end up in institutions mostly because of social and economic hardships,” says Gharibyan, “ and about 40 percent of children are those with special needs. There is the need to expand the alternative services as a way of reducing the flow of children to orphanages, care institutions and special educational institutions. Currently there are only about 20 foster care families in Armenia. Institutionalisation has a negative impact on all aspects of children's development including intellectual, physical, behavioural, and social-emotional.”
Another Child Protection Network member NGO, Aravot, has also been operating a pilot scheme in the Lori Region of Armenia to support the biological families of children from institutions. When the program started there were seven Soviet-era boarding schools in the region, from which five were selected on the grounds that they also accommodated children with special needs as well as from socially vulnerable families. Around 200 families that had the potential for reintegration were then selected for further assessment before 40 were chosen.
Now, every year since 2006, 50 families leave the program after being supported for a year with another 50 selected for inclusion into the program. Around 200 children passed through this program in a period of four years.
“A family environment which supports the growth and development of the child is considered more desirable than placing children in care facilities,” concludes Gharibyan. “So, the promotion of alternative care mechanisms in Armenia is one of the priorities of ChildPact and the Child Protection Network.”