End Violence Against Children: who has heard of INSPIRE strategies in South Eastern Europe and the Caucasus? 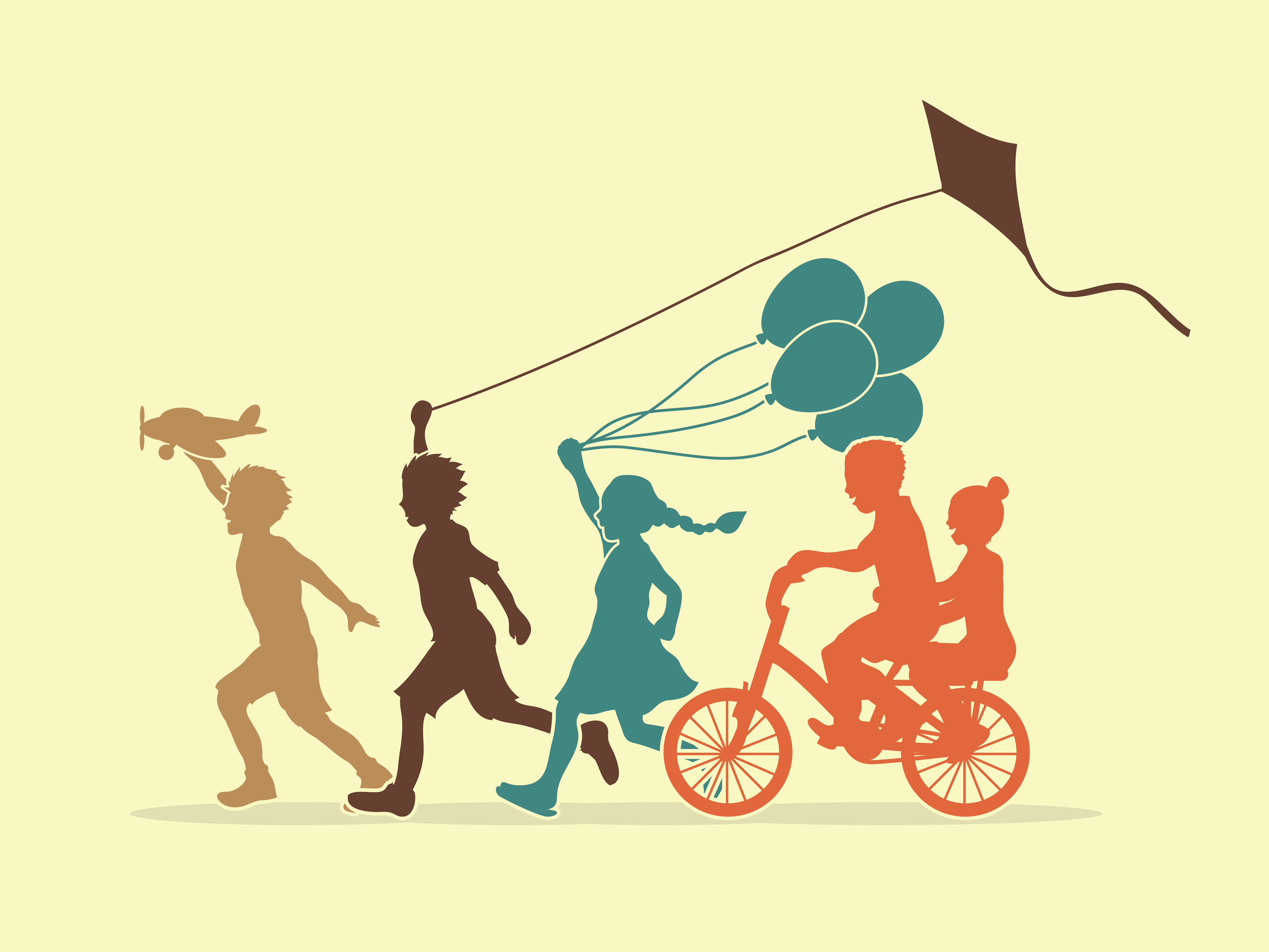 According to the World Health Organisation, the seven INSPIRE strategies are the most effective in reducing violence against children. ChildPact and its members surveyed 296 child focused organisations and institutions across South-Eastern Europe and the Caucasus to find out who's working on the INSPIRE package

A few years ago, a number of international organisations working on child welfare set themselves the task to find which, among the large number of possible interventions, would be the most effective for ending violence against children. This joint effort led by the World Health Organisation resulted in the INSPIRE package: Seven strategies for Ending Violence Against Children . Based on the evidence emerging from a large number of studies conducted across different world regions, it outlines what are the most effective policies and initiatives - most effective both in terms of outcomes and of cost effectiveness - that governments, international donors, and local civil society organisations should work on in order to prevent or minimise the damage caused by violence against children.

The stage seems perfectly set for resolute initiatives. There is a clear package of intervention proposals supported by convincing evidence gathered from respected international organisations. Their goal - ending violence against children - nominally has strong support from across the political spectrum. Many of these interventions are relatively inexpensive. All of the above are the kind of things that donors are usually keen to support. Three years after the INSPIRE package has been launched, who's working on in it in South Eastern Europe and the Caucasus? To find out, ChildPact has conducted a mapping survey with responses from 296 organisations based in Albania, Armenia, Azerbaijan, Bulgaria, Bosnia and Herzegovina, Georgia, Kosovo, Republic of Moldova, Serbia and Turkey.

Survey results show that indeed there are many organisations implementing activities that fit into one of the INSPIRE strategies, in spite of the fact that many of them have not even heard about the initiative. 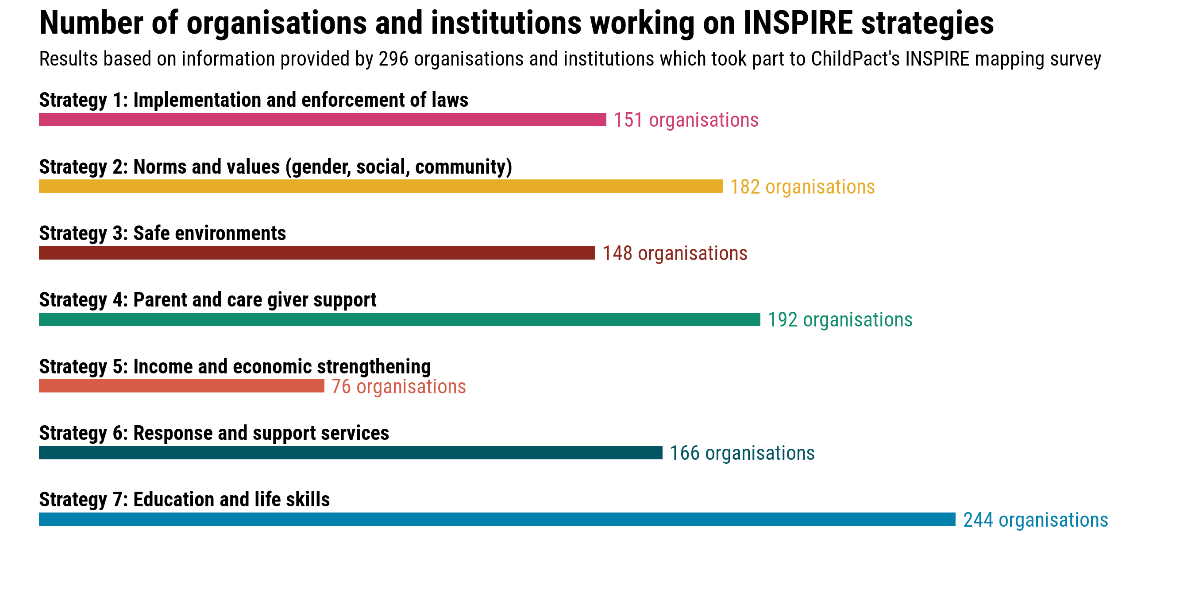 The survey allowed to list countless initiatives that work for creating an enabling environment for children, where they are not threatened by violence. However, lack of awareness about the initiative made it more difficult to coordinate advocacy actions either at international or national level. Even more reason for concern is the lack of coordination at the national level where unfortunately state agencies often seem either incapable or unwilling to coordinate activities, in particular in the cases when this would require consistent interaction with civil society organisations. Efforts by international institutions to foster coordination between state and civil society in some instances lead to yet another layer of duplication of actions and resources.

As a whole, going through the numerous initiatives taking place across the region is both heart-warming and gut-wrenching. The large, positive impact they bring are well evident: clicking through the extensive collection of links included in the country factsheets published together with survey results , it quickly appears how - behind the sometimes off-putting terminology that so often characterises project activities - thousands of young lives have changed for the better thanks to these very initiatives.

At the same time, the feeling that "more could be done" is always there, together with an understanding that a lot more can actually be done, not only through more good-will and volunteer-led initiatives, but also through better coordination of initiatives among NGOs, state agencies and international institutions and donors. To be most effective, activities of child-focused organisations working directly with their beneficiaries needs to be complemented by tedious coordination work that must take place far from the frontline (as a coalition for child protection, this is part of the work that we do at ChildPact).

Finally, ending violence against children requires not only better policies, but often also cultural shifts on key issues. To change the public conversation and even the common sense on practices such as corporal punishment on children that are still widespread and widely accepted across our region, it is important to build advocacy initiatives where grassroot NGOs, big international institutions, and state authorities row in the same direction.

No more corporal punishment for children

People are often ready to blame lack of progress in child protection issues on government inaction, on lack of economic resources, on corrupt officials, on waste of international assistance, and on many other things. However, many instances of violence against children are the consequence of highly problematic cultural norms: it is not, e.g., lack of budget funds that compels adults to impose corporal punishments on children.

Corporal punishment is a degrading violation of basic human rights that is still widespread across our region (see the website of the Global Initiative to End All Corporal Punishment of Children for more information and answers to frequently answered questions). Corporal punishment in the home is not forbidden in Armenia, Azerbaijan, Bosnia and Herzegovina, and Serbia, in spite of the fact that the respective governments have taken a commitment to forbid it. However, the tide is slowly changing: in June 2019, Kosovo introduced new legislation prohibiting corporal punishment of children in all settings. Georgia approved a similar law in September 2019. Making corporal punishment unlawful in all settings does not by itself put an end to this problem, but it is an important step for promoting the understanding that such behaviour is simply unacceptable. And after such laws are introduced, networks of NGOs can fundamentally contribute to ensure that they do not remain on paper only: Kosovo's national coalition for child protection (KOMF) has already announced its active engagement in monitoring the implementation of the new law. Besides monitoring policy and law implementation, the role of NGOs and networks of NGOs is to educate the wide population on the emotional hurt caused by corporal punishment, its impact on the dignity of the child and the short and long-term damage this practice can have on individuals and society.

Lots being done, lots to do

Besides providing details on the organisations conducting activities along the seven INSPIRE strategies, the regional mapping survey presents also data and examples related to the issue of child sexual abuse and exploitation. Also in this field, the above observations remain valid: there are a large number of important initiatives, but more coordination and better interaction between state agencies and NGOs would enable a stronger impact. Again, it is apparent how changing deeply problematic cultural norms is an important part of ending violence against children. 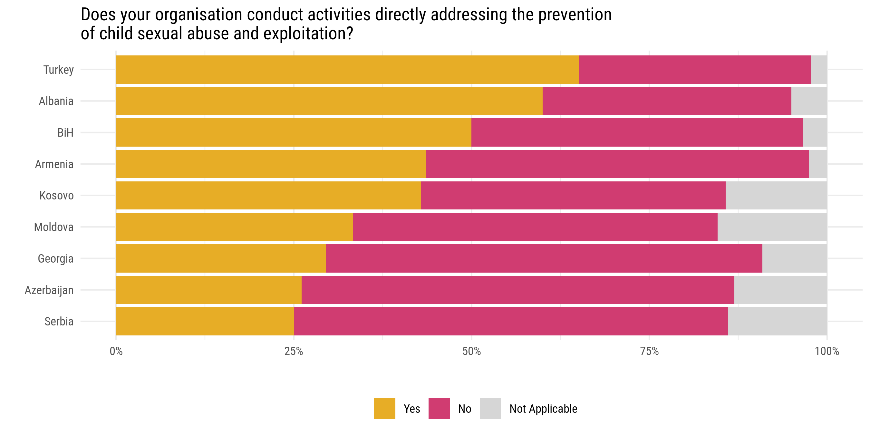 Ending violence against children requires changes in social norms, and we, as citizens and residents of the region, have the responsibility and duty to make this change possible. In the meantime, state authorities, international donors and NGOs can change for the better the life of hundreds of thousands of children across the region by implementing effective strategies such as those presented by INSPIRE and by promoting better coordination among the many initiatives that are already taking place.