Albania, the first time (with no visa) 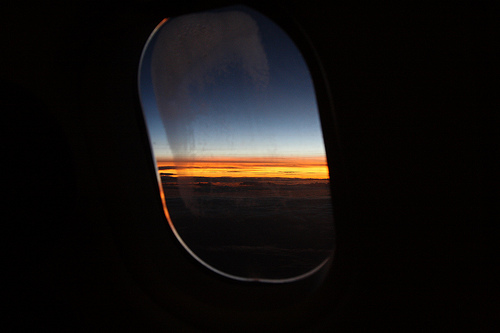 A nervous look at the documents, searching for a Schengen visa. Then a smile. The visa is no longer needed. The first trip from Tirana to Rome after Albania obtained visa liberalization. A report

Ticket, wallet, passport and… no, just ticket, wallet and passport. This time I do not have to check a thousand times that I took and put my stay permit for a Schengen state in a safe place, nor do I have to check that there is a visa on the passport page.

All this brings to me a sense of relief, but also uneasiness, as though I were about to set on a journey as a clandestine, as though the border police could stop me with a “Where do you think you’re going? You’re not European!”.

My flight is in the afternoon but I wake up early, as though I had to leave at dawn. It is my first trip to Rome, with no visa. The morning goes by quickly. I go out for lunch with two friends at a traditional restaurant and order some elaborate meals that my Mother never cooks. It is part of my ritual before I leave on long trips. It is a nice day, Tirana is at its best during this season, with this warm light and spring wind.

The Country is going through moments of uncertainty, there is a lot to be worried about, but just a few hours to go before my departure and with such a nice day, everything feels easier. While I am walking on the main boulevard and take the alleys of the Bllok, this feels to me like a normal Country.

During lunch, my friends seem optimistic too. We plan trips together: Southern France, Holland, rural Portugal. Up till now they have only traveled with tour packages offered by the numerous agencies that used to take care of the visas also, while I have never traveled around Europe with Albanian friends. All this is now possible. Starting from December 15th, Albanian citizens can travel without visas across the Schengen Area. A day Albanians welcomed with great enthusiasm.

A little over a month ago, though, Albania was again on all screens across Europe because of street violence: four casualties, tens injured and a political and institutional crisis that has lead the Country to a dead end. Everyone was hoping for an intervention from Brussels, who could have negotiated on early elections, the establishing of a technical government or any other alternative to solve the situation. Instead, many in Albania perceived the response from Brussels as stuttering. Someone even proposed to again insert the country on the Schengen black list and condemn Albanians to the humiliating and unnerving bureaucratic “calvary” they have already gone through at the European consulates.

“This is all Rama and Berisha’s fault”, my friend gets irritable during lunch. “If they really take measures like that, I swear I’m going to found a Euro-skeptical movement: you fool with us, then we don’t want you”, my other friend comments, with an ambiguous tone, between joke and rage.

Hoping this is not my first and last departure without a visa, I go to the airport, taking onto the Tirana traffic. I think of an Italian correspondent who wrote, in his reports from Tirana during last January’s clashes, ‘the capital looks more and more like a mittel-European city, it has a modern and very efficient airport, maybe the most modern in the Balkans’ and I would like to add: and traffic that is even more chaotic than in Rome. The airport is a truly architectural masterpiece, and is also very efficient. “It’s German-made”, they say to explain the reason why. “You have to work with the Germans, they’re honest, efficient… and that’s what you get…”.

I get there really early, thinking that because of the visa liberalization, the airport will be packed with people. My flight from Tirana to Rome especially. Instead, the airport is almost deserted, orderly, with less people compared to the other times I have been. It is silent, and the conversations of the various groups of people overlap in the hall. An Italian girl is in vain trying to make herself understood in Italian by the Kosovarian clerk of the Albanian low cost company, Belle Air; an old lady crying, bidding farewell to her daughter leaving for Vienna and then for the United States; a group of Italian businessmen speaking of the strange nature of Albanian girls.

Then an elderly lady enters, wearing the traditional costume of the Northern mountains. Some of the people there laugh, others take out their cell phones and take pictures. She is very old, she must be in her 90s. she is going to visit her daughter, married in a town in Lazio. She looks lost and asks for help to make her way through the airport exits. In all these years she has never visited her because the consulate never granted her the visa. “They would tell me ‘If we give you the visa, then you’ll remain there and never come back’. Where do they think I’m going? I can’t even stay in the city with my children, do you really think I can remain in Italy?”. I would like to take a picture of her, too. She is wearing the old hairdo with a white scarf, two thick and pitch black curls on her temples, a white tunic and a heavy and fluttering black skirt, the xhubleta, UNESCO cultural heritage. She looks like she has just come out of an ethnographic museum, but she is a wise and confident woman, who comes from a world unknown to me. I am embarrassed and do not dare ask her permission to take her picture.

At the gate, the waiting area is soon filled with elderly couples: distinguished men with borsalino hats and elegant suits, women with dark suits and high heels; women from the North with very light eyes and long faces; some VIP reporter and some from the civil society, sitting aloof and bending on the latest model of their Smart Phones; a Bosnian-Albanian family living in Perugia; some students empathizing with each other, exchanging opinions on bureaucracy in Italian universities.

The airplane is one of the latest purchases by Belle Air, which has expanded competing with numerous airliners, often forced to stop the trips from Tirana. “This airplane is huge, thank goodness”, two elderly ladies flying for the first time. I remember my first flights as a child: I, too, used to think that the bigger the airplane, the safer it was. During take-off, other remarks from 80 year-olds traveling for the first time: “So it’s… like an elevator….”.

As usual, on board I happen to see people I know. Albania is too small a Country. An acquaintance of mine, an economic reporter for one of the most widespread newspapers in the Country, like me is inaugurating his first trip with no visa to a Schengen Country. He is happy. “We’ve finally become normal too”, he says ironically. “Even if it’s not all a bed of roses. You’ll see, at the border they’re going to scan us through. The decision rests on the policemen anyway”. I tell him I was expecting more enthusiasm, more people at the airport. “There was no exodus. It’s not like it used to be – he answers, not surprised – even those who’ve never traveled are informed, they know what it’s like abroad. Where do you think they’re going, anyway, with this economic crisis?”

The flight is short, a little over an hour, just the time to cross over the Adriatic, have some coffee poured, eat a thrifty snack, prepare for landing. Rome becomes more and more visible, I try to guess the parks and quarters I see from the window. After landing, we have to remain on board: the stairway is not ready yet. A ten-minute delay and panic spreads. Everyone is standing, talking. “Belle Air must be in bad shape, Berisha’s daughter owns it”, a boy says mockingly. “Are you a Socialist? Who liberalized visas? Your Socialists? No, Berisha did, so shut up and say thank you”, a very tall lady answers, with her Northern accent and crystal blue eyes. She claims to be from the mountains near Scutari, but she lives in the city. She loves Berisha and his party. A heated discussion starts, a stage for all stereotypes dividing Albanian society in mountain dwellers, citizens, Geg, Tosk, Socialists, Berisha supporters, between mutual cynicisms and ironies.

We are on Italian soil. “We’re on Schengen soil”, my acquaintance plays it down. As always, once off the plane, everybody runs to have their passports stamped and go calmly wait for their luggage. The usual disorderly line forms. People elbowing their way up to the front. The Italian policeman is extremely slow. Everyone remains silent trying to understand what they are asking for. “They’ve asked him for his health insurance….”. “Invitation? What invitation? Haven’t they got rid of visas?”; “Gosh, they’re saying they want the invitation from who’s hosting you, in writing and stamped by the police headquarters”; “The people at Fiks Fare were right, you need all the documents you needed before, but the consulate has been moved to the border”.

In front of me, an elderly couple, then two young boys who do not speak Italian. A blond girl, worthy representative of the trendy youth of Tirana. “What? No one speaks Italian?”, the policeman asks surprised: apparently he wants to believe the stereotype of Italian being the most widespread foreign language in Albania. Then he asks: “How much money do you have? Why are you in Italy?” “Shopping… shopping…”, the girl answers and everyone smiles.

It is my turn. The policeman glances at me. He stamps my passport. He does not ask me where I am going, how much money I have with me or if I have health insurance. I had prepared my credit cards to show, a statement of account, health insurance and the various addresses of my friends in Rome, I had everything close at hand. I am puzzled. I check the stamp on my passport, I say goodbye and behave as usual, as when I lived in Rome and held an Italian stay permit.