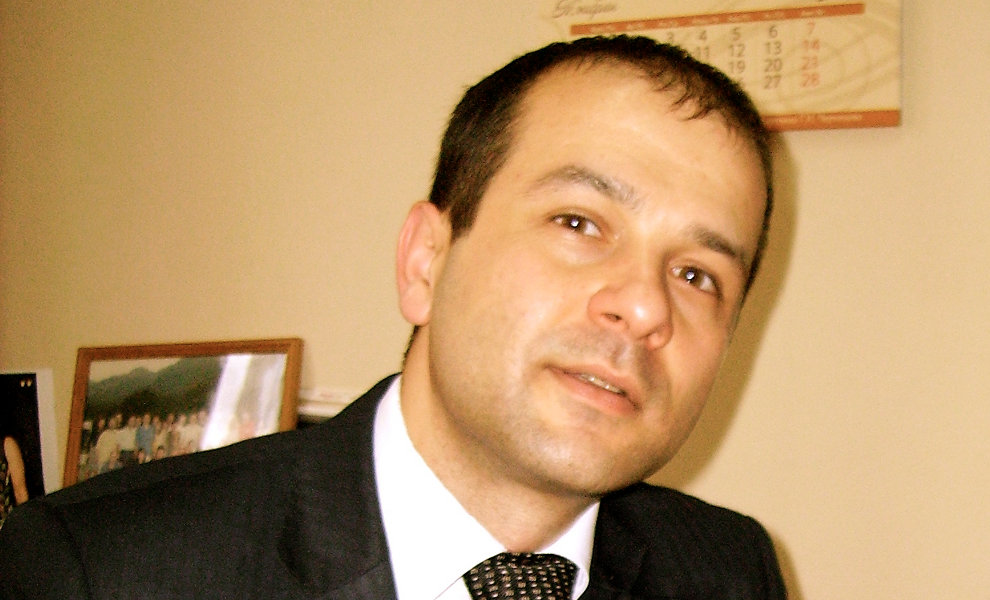 Perspectives on the development of Abkhazia, a territory whose self-proclaimed independence has not been widely recognised at the international level, the country's strained dialogue with Tbilisi, and its relations with Russia and the EU. An interview with Maxim Gvinjia, de facto foreign minister of Abkhazia

When he was Sergey Shamba's deputy, Maxim Gvinjia, 32, used to travel thousands of kilometres every month lobbying for Abkhazia's recognition. Now, having recently been appointed as the new Minister of Foreign Affairs, Gvinjia's schedule has gotten even busier. Osservatorio Balcani e Caucaso met him in Sukhumi in February.

To which countries have you travelled this month, Maxim?

Nowadays, only four countries recognise Abkhazia (Russia, Venezuela, Nicaragua and Nauru). Do you expect other recognitions?

Recognition isn't something that is obtained immediately; it requires a special political climate which is often influenced by the international situation. In the case of Abkhazia, some countries already recognize us while others don't, but if we look at how international law works, it doesn't matter if the country is recognized by one country or two, or three, or fifty-four. What's the difference? There are so many countries in the world like Abkhazia that are partly recognized at the international level, even Israel.

From a legal perspective, I don't see any difference between Abkhazia and many other countries. Unfortunately though, at the international level, decisions are made in a certain way, so that what is acceptable for Kosovo, whose independence has been recognized by many Western countries, isn't so for Abkhazia.

We are trying to achieve recognition from every country in the world that regards Abkhazia positively. In the case of Belarus, Ukraine, and some other countries, this could happen under the right political circumstances. Some countries would be ready to recognize us, but they would rather wait and make use of the move at the most opportune moment inasmuch as regards international relations. Our main goal is to have as many friends as possible and to develop economic relations, even with the countries that don't seem likely to recognize Abkhazia's independence. For us, economic recognition is just as important as political recognition.

As it is now, Abkhazia has unofficial relations with various countries that border the Black Sea. Do you have any plans to improve relations with others European countries?

We are doing as much as we can to have contact with the European Union and to share our issues with them, despite the fact that, even for medical treatment or humanitarian reasons, our citizens are often denied visas to travel to Europe. This happens despite the fact that migration from Abkhazia to Europe is practically non-existent. The fact that Europe doesn't recognize us is, in reality, Europe's own problem. We exist. We are a European country and a neighbour of Europe, but Europe continues developing its own strategy based on political factors, not on real facts.

What do you think about the argument that Russia is taking over Abkhazia?

Our relations with Russia go back 200 years. That's a historical reality and it doesn't make sense to pretend like we don't have strong ties with Russia. Even in our recent history - during the last 16 years - our situation was much more fragile than it is today. Even under those circumstances, we made decisions for ourselves. Our determination to remain independent is strong and we don't plan on giving up. I have hope that the United States can develop a more constructive policy toward Abkhazia. Our priority is to improve our citizens' quality of life, and for this we need to have good relations with all countries. Other former Soviet republics believe that denying the past and attacking Russia will help them get closer to Europe, but that's not the way. In order to get closer to Europe, to the West, one must develop European values.

Our relations with our neighbours and with European countries are always changing. Russia and Germany were on opposite sides during the Second World War, but now they are good partners and allies. Many Western powers would be happy to see an anti-Russian position from Abkhazia, but why should we behave like that?

The Geneva Talks (promoted by the EU) are the only official way of having a dialogue with Georgia; how are they going?

It's a very difficult political negotiation. We have tried to come to an agreement on some basic principles for our future relations with Georgia. For us, the most important thing is to make sure that we don't fight any more. Stability is the most important factor for Abkhazia's development, and that of the entire region. We always look at our region from the perspective of constructing dialogue.

At the moment, a lot of countries in the region suffer from isolation and economic stagnation and, unfortunately, Georgia bears some of the responsibility for that. We are inclined to negotiate with Georgia because of our geographic proximity to Georgia, but unfortunately, the current political situation in Tbilisi makes that all very difficult.

Why should Abkhazia have independence?

Our case is unique; we are trying to build our statehood. The war completely destroyed our infrastructure and left us isolated, but we passed that test of self-sufficiency. Anyone analysing the question of our independence will be able to see that it has its basis on legal, moral, and historical grounds. There are many unrecognised countries in the world, including Somaliland and Taiwan. Many of these countries have very clear ideas about the meaning of ”self-determination”, a question on which neither the EU nor Washington can make a final judgement. If a country feels that its own basic rights are not protected, it has the right to seek better governance and, if necessary, even independence. National borders aren't forever.

The government of Tbilisi just presented a new plan for the re-integration of Abkhazia and South Ossetia… what do you think about it?

We don't expect big changes from Georgia's government. We're growing further and further apart from each other every day. Georgia is constantly presenting new policies toward Abkhazia to the international media, but Georgia never presents those ideas to us. They always seem to be playing towards a peaceful resolution of the conflict, but without taking concrete steps. The truth it that there is an economic embargo.

The region of Gali is inhabited mainly by Mingrelians (a sub-ethnic group of Georgians). In the negotiations, is the idea of exchanging the region of Gali for Tbilisi's recognition of Abkhazia's independence an idea that is being considered?

Negotiating that is out of the question. It's not about trading territories that we occupy – this is our motherland. Gali has always been part of Abkhazia.

The signs of war and destruction are still very evident in Gali...

It's like that because of economic isolation. Under favourable conditions, the country could be reconstructed in a short time, but Gali and eastern Abkazia overall face a lot of problems that are tied to the economic embargo imposed by Georgia. If it weren't for the embargo, Gali could quickly become a place with a good standard of living because it's at the heart of Abkhazia's main agricultural zone.