Europe and the colonial past: the memory that is missing 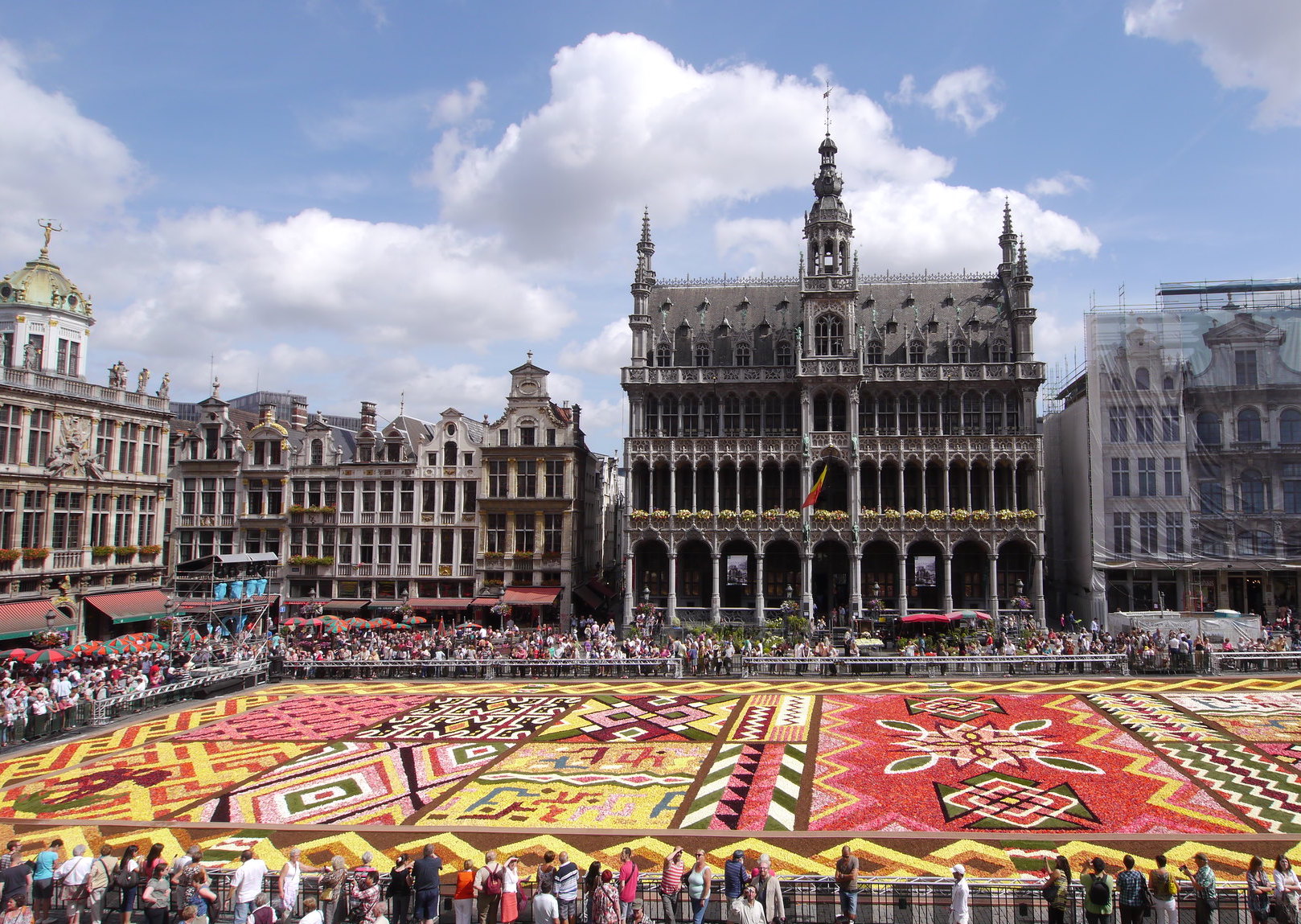 Although it was a specifically European phenomenon, colonialism continues to be remembered almost only at national level. A resolution by the European Parliament could now help bring it into the European space of ​​memory

In the eyes of those who live in the rest of the world, there is at least one thing that Europeans have in common: having been colonisers of other lands for centuries. From the massacres of the conquistadors to the discoveries of James Cook, from the viceroyalty of India and the expansion in Siberia to the partition of the Middle East and the tortures in Algeria, few corners of the planet were spared by the expansive fury of the European empires. Few other phenomena like imperialism and colonialism have seen so many European countries engaged in parallel actions targeting the rest of the world – few other phenomena have been so distinctly European, one might say. Yet, when these very events and their aftermath are remembered, studied, and discussed, this is almost always done from strictly national perspectives. It was a European issue, but so far it has remained outside the European space of memory.

Yet, the colonial experience continues to influence the way we are seen, and the way we ourselves look at other peoples, loaded with ancient stereotypes and prejudices. Eurocentrism, or the idea that Europe has a duty to lead the way and point it to other regions of the world, remains an important – and problematic – trait of the way in which the European Union continues to conceive itself. We pretend to show others the way forward on climate change, the green transition, the protection of personal data, the promotion of human rights, and so on. On the other hand, the European Community itself was born in the colonial era, and the colonies of the member states were associated with the common market: these are by no means separate stories, as pointed out by the landmark study by Peo Hansen and Stefan Jonsson .

The absence of the colonial question from the European space of memory found a first, partial amendment in a resolution of the European Parliament approved exactly one year ago, on March 26th, 2019. The resolution, passed by a very large majority (but with many MEPs absent), is dedicated to the fundamental rights of people of African descent in Europe. Among other things, the European Parliament notes that "the history of injustice towards Africans and people of African descent, including enslavement, forced labour, racial apartheid, massacres, and genocides in the framework of European colonialism and transatlantic slave trade continue to be largely unrecognised and ignored institutionally in the EU Member States".

In May 2017, in the year of the 60th anniversary of the signing of the Treaties of Rome, the House of European History was inaugurated in Brussels. The museum, promoted by the European Parliament, has the ambitious task of narrating the history of the continent and its political integration. In recent years, the project has caused some discussion, especially regarding the need and ways of presenting a "European past". Marco Abram's interview of that year with director Taja Vovk van Gaal.

For this reason, the Parliament “encourages EU institutions and member states to officially recognise and celebrate the events of people of African origin in Europe, which also include the injustices and crimes against humanity of the past and present, such as slavery and the transatlantic slave trade, or those committed in the context of European colonialism”. The resolution also suggests setting up annual anniversaries and opportunities for further study, giving space to these events in school curricula, declassifying the archives. Finally, the resolution invites European and national institutions to consider "some forms of compensation, such as the presentation of public apologies and the return of artifacts stolen from the countries of origin".

The resolution of last March has some weaknesses, first of all the limited focus on Africa and people of African origin. However, it also has a great merit: for the first time, one of the EU institutions has spoken clear words about the European colonial past, associating it with concepts such as injustice, massacres, genocides, and crimes against humanity. Although the European Parliament has been the EU institution most willing to take uncomfortable positions, until last year it had always held an ambiguous position on this issue, remaining silent – in fact, sometimes showing the persistence of Eurocentric visions.

The way to the resolution

The process that led to the approval of the 2019 resolution once again shows the importance of the activation of civil society on a transnational scale and the convinced commitment of even small groups of MEPs. The European Network Against Racism (ENAR), an umbrella organisation that brings together dozens of other NGOs, and ARDI , the European Parliament intergroup for diversity and the fight against racism, played a key role in this respect. In recent years, ENAR and ARDI have collaborated on the recognition of the European colonial heritage, within a wider commitment against the increase in xenophobia observed in Europe since the 2015 migration crisis.

It is no coincidence that two of the MEPs who supported the resolution the most, French Jean-Jacob Bicep  and Italian Cécile Kyenge , have African roots. Bicep was the first to raise the issue of the colonial past in 2013, promoting the proclamation of a European day for the memory of the victims of colonialism and slavery which, however, remained a mere proposal in the face of too little interest, even within the very ecologist left to whom Bicep belonged. Attention for the topic gradually increased in the following years, above all in reaction to the stricter and stricter attitude of European public opinion towards migratory flows from Africa and Asia. ENAR and ARDI have fostered it by organising a series of institutional initiatives and events, in a joint effort which then resulted in the resolution of March 2019. Obviously, the resolution itself is not the final goal of this commitment, now also supported by the new European Network of People of African Descent  (ENPAD).

The role of South-Eastern Europe

"21 [EU states] never had colonies", declared  the President of the European Council Charles Michel at the African Union summit on February 9th (it depends on the definition of "colony" that is adopted, but the actual number is lower). Rhetorically, Michel uses the enlargement of the European Union to 27 countries to try to water down the colonial experience and present it as a marginal parenthesis in European history. True, enlargement did help discourage a supranational debate on the colonial past: that experience mainly affected central-western Europe and, understandably, the other member states do not see why they should now take responsibility for the violence committed by others. This lack of interest has enabled former European imperial powers to avoid opening a certainly complex debate at the European level on the dark pages of their history.

So on the one hand, a sensitivity towards the colonial past has emerged in recent years at European level and small networks have been trying to translate it at an institutional level. On the other hand, the enlargement has contributed to overshadowing this issue, focusing all attention on the huge legacy of the Second World War and on the elaboration of a European consensus on the Shoah and totalitarianisms. In principle, even the states of Central and Eastern Europe could in fact actively contribute to the European reflection on the colonial past, thanks to their experience of being territories often subject to invading foreign powers. Former provinces of the Ottoman Empire, the Austro-Hungarian Empire or the Soviet Empire could claim their own "colonial" past – as well as Cyprus and Malta, which were technically British colonies until the 1960s, or the countries from former Yugoslavia, which carved out a prominent role for itself within the anti-colonial movement.

The obstacles to overcome

The difficulty that hinders the opening of a true reflection on the colonial past at the European level is common to other phenomena that touch the European space of memory: even where national memories exist, it would not be enough to identify a minimum common denominator between of them. Fostering a debate at European level on the colonial era means looking beyond the specificities of individual national events, to try to grasp also the transnational and supranational dimension of the phenomenon, which often remains in the shadows. So far, the fear of drawing attention to less than inspiring portions of their national history has led member states to a sort of non-belligerence pact: I'm not gonna talk about the dark pages of your colonial past and you aren't gonna talk about mine. On the other hand, the historiographical debate and the activation of civil society have so far remained mainly confined to a national scale.

There is an obstacle even further upstream: while within some former colonial powers, such as France or Germany, the debate on the colonial legacy is lively, in others – like Italy – it is almost completely absent. The mass escapes from Eritrea, the failure of the state in Somalia, the collapse of Libya in the last decade were not enough to lead us at least to learn about the traces that the Italian presence has left in those countries. The historians who deal with it, the intellectuals who write about it can be counted on the fingers of one hand. The persistence of monuments and streets named after war criminals is hardly ever problematised, and even the worst misdeeds carried out by Italians in Africa remain in many cases still unknown. Against this backdrop, it is unlikely that a country like Italy can contribute to a European debate on the colonial experience – perhaps the opposite will happen, and the progress of the debate on a European scale will stem something in Italy too.

In May 2017, in the year of the 60th anniversary of the signing of the Treaties of Rome, the House of European History was inaugurated in Brussels. The museum, promoted by the European Parliament, has the ambitious task of narrating the history of the continent and its political integration. In recent years, the project has caused some discussion, especially regarding the need and ways of presenting a "European past". Marco Abram's interview of that year with director Taja Vovk van Gaal.