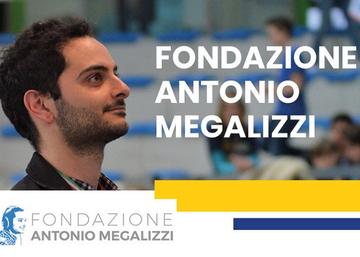 The Antonio Megalizzi Foundation, dedicated to the young man from Trentino who died in December 2018 during a terrorist attack in Strasbourg, is being inaugurated in Trento on February 13th and 14th

Antonio Megalizzi had a passion for journalism. He worked for Europhonica , a format that brings together 100 university radios, winner of the Charlemagne Youth Prize for the promotion of the European Community.

On the day of his death, which occurred on December 14th, 2018 after he was hit by bullets in the head in the attack in Strasbourg, Roberto Saviano commented on Facebook : "I read that on Sunday Antonio Megalizzi had reached Strasbourg for the international university radio project Europhonica and was working on the idea of ​​a new European radio, through which young people and students from every country could tell Europe to their peers, from every point of view and in a free way. The murderer who struck Antonio struck a man who with his life, in the projects he made and dreamed of, offered the deepest answer to the terrorist crime. Goodbye Antonio, European man and journalist".

The Antonio Megalizzi Foundation was established and strongly desired by the National Press Federation in Trento as well as by the family. The decision had been made exactly one year ago, during the 28th edition of the FNSI Congress in Levico Terme (Trento) of February 2019, during which FNSI president Giuseppe Giulietti believed in its creation from the first moment. Thanks to its support, strategic alliances were created between all the founding bodies.

Giuseppe Giulietti had declared in Trento after the solemn funeral in the Cathedral: "I am here to pay homage by the Italian journalists of the FNSI and the ODG to Antonio Megalizzi, a young man who had in his heart united Europe, solidarity, and freedom of information. We will remember him after listening to his family, his colleagues, and his friends, finding the best way to support his professional, study, and ethical and civil commitment projects. It really seems essential to us that his testimony is not lost and is carried on by other young people who are able to retrace his footsteps".

The inauguration ceremony will take place on Friday, February 14th, 2020, at 10.30 in Trento, in the Depero room of Palazzo della Provincia. Promoted by the family together with Fnsi , Autonomous Province of Trento , Municipality of Trento, University of Trento, Journalists Union of Trentino Alto Adige Sudtirol, Usigrai, and associations Article21 and Rad-Uni, the Foundation was born to follow up on Antonio's commitment to telling and help building a united and solidar Europe.

The prologue of the Foundation's presentation will take place on Thursday, February 13th at 3.30 pm with a ceremony at the University, where a stele dedicated to the memory of Antonio will be unveiled in the garden of Palazzo Prodi. Participants will include: rector Paolo Collini; Province Councilor for Education, University, and Research Mirko Bisesti; mayor Alessandro Andreatta; government commissioner for the province Sandro Lombardi; don Marco Saiani; and Foundation president Luana Moresco.

The presentation event of the Antonio Megalizzi Foundation is open to the public.