Mussa Khan: A meeting with the devil 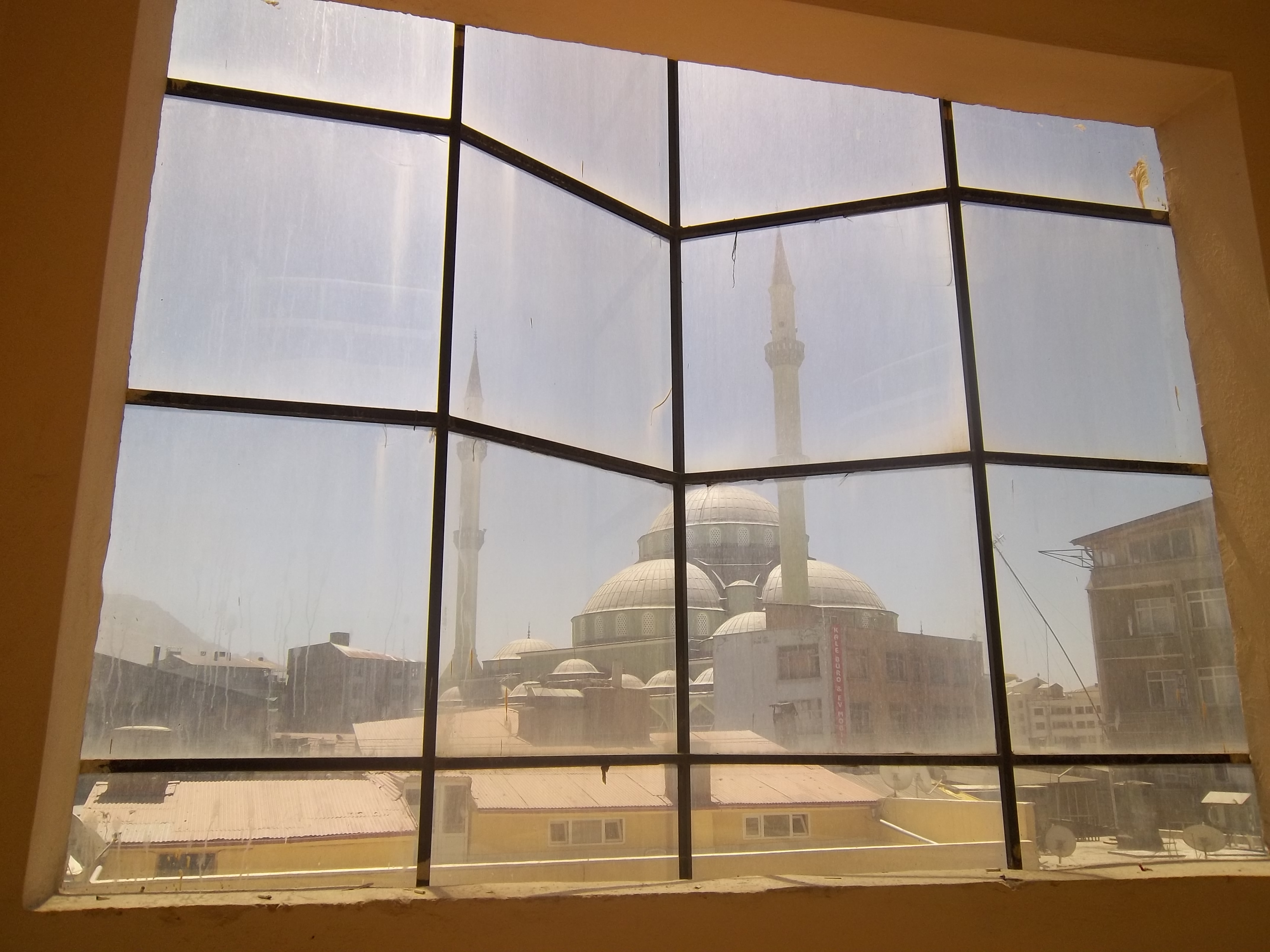 The kaçakçılar, human traffickers, have neither business cards nor sales offices. They mingle with the people in the alleys, in the cafés, in the square in front of the mosque. Shifty, invisible, always on the migrants’ route, they could be the only way to find Mussa Khan’s tracks again

Naqeeb gets me out of bed at 6.30 in the morning. “Get up, kardash! We have to go sign before the line forms. Hurry!” Sign? Line? Too complicated: I follow him mechanically, my thoughts still numb with sleep.

The city is noisily waking up: in the streets, one after the other, the stores’ shutters roll up, minibuses hunk their horns at roundabouts, pedal rickshaws rove offloading goods in the already crammed alleys. Naqeeb keeps stopping to greet people in the Pashtun manner: a big hug followed by a mutual tap on the right shoulders.

On the dolmus, the crowded minibus, Naqeeb finally tells me why we had to get so up so early. “All asylum seekers have to sign a register. Men sign on Tuesdays and Thursdays, women on Wednesdays”. At the police station I understand the reason for such a hurry: many people are still waiting for their turn and the line quickly gets longer and longer before my eyes. “No one can leave Van, punishment for those who do not sign is severe”, Naqeeb says. “To avoid anyone escaping, the police requisitions passports when asylum seekers arrive in Van. We get them back only on the day we leave, decided by the UN refugee agency”.

In the office, a registration number, a name, a picture and an address are reported on each page on five registers. A sheet of paper on the door shows a number from 1 to 4: it is the number of signatures to be affixed on that day. “Registration number B01650”, Naqeeb immediately finds his file and, while the pen quickly slides on the register, he invites me to look at the many pages covered by uncertain crosses: these are the files of the uneducated refugees.

With time, being obliged to sign has become a crucial moment in the life of the Afghan community: here, newcomers meet, relationships are established, those who have escaped are talked about.

Naqeeb introduces me to tens of Afghan muhajirins. “We are prisoners in a country that does not want us”, Rahmatullah tells me. “I did not leave Afghanistan to live here. When I got to Izmir to reach Greece by sea, the traffickers put me together with 40 people on a boat that could only carry 15”. Among the passengers, were also his wife and four children. “I gave up. How can a Father take such a risk?”

To survive, many have found a job on the black market, with exhausting working hours, or accept humble jobs for just a few pennies.

Morteza had his own tailor shop in the bazaar in Kabul. In the mid 90s the Hekmatyar mujaheddins bombed it to the ground, along with the rest of the city. There were 50.000 casualties. To survive in Van, he continues to weave high-quality blankets.

“The whole of Kabul knew my blankets, and they are appreciated here, too. But I cannot sell them directly, I have to pass them over to a Turkish dealer. He earns 60 Liras (30 Euros) per piece, while I only get 10. In a week I can only make a dozen at the most, with the work of everyone in my family”.

Naqeeb himself is a victim of exploitation. Upon arriving in Van, he was able to find a job in an IT consultancy company. Three months of intense work, for no money. When he finally decided to ask his employer for at least part of the salaries he had never received, he was fired on the spot. Today, the baker he works for gives him 25 Liras a day off the books. His Turkish colleagues earn double.

For lunch, we are hosted by a Tajik family, by number the second ethnicity in Afghanistan after the Pashtuns. Naqeeb speaks their language also. Boiled and spiced mutton, rice, boiled potatoes, azyme bread. While we are drinking our coffee laying down on the carpets, the only furniture in the room, Naqeeb speaks English again. “Now that our stomachs are full, tell me about your friend”. I had been waiting anxiously for this moment.

I tell him the story of Mussa Khan, starting from the end. I tell him about his escape from Mashad, set up in just one night; I tell him about the disappointment of his family on his leaving; of his childhood and youth spent in Iran dreaming of an Afghanistan he had never seen; his wish to see the Coliseum; his solitary traveling and his awareness of the risks he is running. And finally, of the plan to meet him here and to follow him to Italy to tell about his journey.

Naqeeb listens in silence, looking straight into my eyes. Then he is long absorbed, as someone who is meditating a risk. “It is not impossible to find your friend”. His words become blank, cold. “Before we start, though, you must know that during your journey you will see and hear things you might not like. Those who escape from hell drag many devils with them”.

I know all too well who Mussa Khan’s devils are. Here they call them kaçakçılar. They are devils of flesh and bone, strewn along all the main migrant routes leading to Europe, from Sub-Saharan Africa to Maghreb, from the Balkans to Pakistan. I knew I would meet them too, sooner or later, even though I was never able to imagine the contours, the places and the protagonists of this moment. I was never able, most of all, to imagine the sudden sense of loneliness. “No problem”, I answer mechanically, “I am ready”.

Naqeeb takes the phone. A dry conversation, just three or four cues. He hangs up, finds his smile again. “The appointment is in 1 hour”.

Human traffickers have neither business cards nor sales offices. They mingle with the people in the alleys, in the cafés, in the square in front of the mosque. Kaçakçılars meet the looks of the passersby, they study their reactions, their appearance, their age: their goods are delicate, proposing them to the wrong client could turn out to be a fatal.

Naqeeb remains with a young boy for long, maybe one of his students, crouching on the sidewalk, his back leaning on the wall between two shutters. They speak Dari, a Persian dialect, the Afghan lingua franca. We are late for our appointment, an hour has long gone, I urge him. “Relax, kardash” he smiles to me, “he is your man”.

No more than an adolescent, cell phone in his hand, the trafficker is anything but close to the picture I had built in my mind. Naqeeb, I have just discovered, has already explained everything to him, convincing him to talk. So, wasting no time and asking me no questions, in a perfect English the boy tells me: “Your friend is no longer here. A man traveling alone does not stop in Van, unless he has run out of money and needs to wait for a Moneygram or Western Union transfer. He surely does not want to be trapped as an asylum seeker in Turkey. He might already be in Athens”.

“When muhajirins come down from the mountains”, he continues, “they only wait one or two days, the time to fill a car, a van, or a truck to Istanbul”. They charge 500 Dollars, a huge amount of money. The fare for a coach trip would be 59 Dollars. “Remaining in Van is dangerous”, he concludes, “the police often does roundups. A lot of people disappear because of them”. Then he lowers his gaze, checking the road again, checking the passersby. The conversation is over, together with the hopes of finding Mussa.

“For a self-sustained man like Mussa Khan, it is even more difficult, because he does not have a guarantor  to protect him”, Naqeeb explains to me while we are leaving. The guarantor is a person, usually a relative who has remained at home, in charge of paying the traffickers once the traveler is safe and sound at destination, after a confirmation call. Afghans usually write a contract which includes destination, amount and method of payment. For Athens, the cost is as high as 10.000 Euros, and even double for London.

“There is one advantage, though”, Naqeeb explains to me. “Mussa is free to move where and how he wants, and maybe stop, under  the right conditions”. The travelers with a contract hanging on their head, on the contrary, have to end their journey. At whatever cost. “Otherwise”, Naqeeb adds, “the guarantor is not obliged to pay the sum agreed”.

If on the one hand, this mechanism offers greater guarantees, on the other it creates a merciless commercialization of migrants, forced to exhausting trips, massed in wretched places, kidnapped for weeks or months waiting for the next transfer to be organized.

Days with Naqeeb run fast. Having no news from Mussa, I decide to remain in Van, accepting the endless hospitality of the muhajirns. Their lives, as miserable as they might be, have not lost their dignity. A dense network of relations, friendships, relatives, clan and tribal bonds intertwines their existences, creating a strong network of solidarity.

It is Friday again. I have been here in Van for a week. This afternoon ends just like all the others, at the soccer field where the muhajirins play against each other depending on their nationalities: Afghans against Iranians, Pakistani against Kurds.

On my way home, I stop at the usual internet point to check my e-mail. A sudden blow, a gasp. Ten days after leaving, Mussa Khan turns up again. Essential, as usual: “I am in Izmir, we are leaving in three days. This is my phone number”. He has made it. He has made it to the Aegean.

I immediately call Naqeeb: “Kardash, I am coming home to take my stuff. I am leaving tonight”.