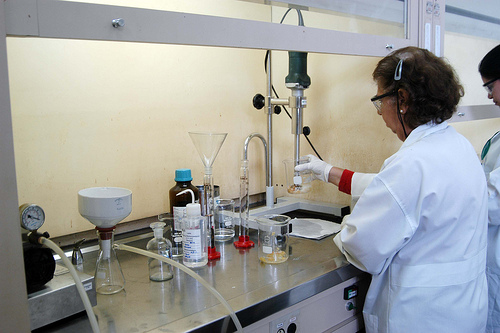 The number of inspection authorities and certification bodies has been growing parallel to market consolidation and the increase in the number of farms involved in organic production. At the regional level the operators recognised by the ministries of agriculture of each country – and therefore qualified to carry out inspections and to issue certificates on the local market – are both local and foreign, the latter ones operating in the international arena. Only in Albania, Bosnia Herzegovina and Kosovo, where the legislative frameworks are not yet consolidated or completely implemented, certification is not issued by the local ministries but by international institutions and organisations. In Croatia and Serbia the number of certification bodies is particularly high. In Italy, where the number of organic producers is nearly 50,000, the inspection bodies are 12 (source: Accredia), whereas in Croazia and Serbia, despite a significantly lower number of certified farms (1,125 and 130), the inspection agencies are respectively 6 and 8.

In Albania, thanks partly to collaboration with the Swiss Bio-inspecta and to the support of SECO (Swiss State Secretariat for Economic Affairs) and SDC (Swiss Agency for Development and Cooperation), Albinspekt was certified according to the law EN 45011 – that defines the general requirements for bodies managing product certification systems – by the German accreditation body DAkkS GmbH (Deutsche Akkreditierungsstelle GmbH) and by the Albanian Directorate for accreditation. Albinspekt is also active in Kosovo, where it provided support to Bio-inspecta in the certification process of the first producers.

In Bosnia, Organska Kontrola is active and accredited by IOAS (International Organic Accreditation Service) according to IFOAM standards, IAC (IFOAM Accreditation Criteria) and ISO 65 requirements (for bodies that manage product certification systems). The international acceptance of the certification is also guaranteed by collaboration with KRAV, the main Swedish organisation that deals with organic agriculture certification. Besides, the connection with Sweden is linked to the BiHOP project (Development of Organic Agriculture in Bosnia Herzegovina) that between 2001 and 2005, thanks to the financial support of the Swedish International Development Cooperation Agency (SIDA), got the Economic Cooperation Network (ECON), Grolink, the Bosnian Environmental Technologies Association (BETA), the Centre for Education and Training in Agriculture (CEFA), LIR and the Agrarian Institutes of Banja Luka, Mostar and Sarajevo – all involved in collaborating.

Table 14. Inspection and certification bodies recognized as of 2010

At the regional level, besides the bodies recognised by the agricultural Ministries of the single countries, there are other certifying organisations operating in the area, either as members of specific projects or due to involvement in certifications for their own national market or the European one. Such operators are recognised by the European Union, on the basis of article 11 (6) of Reg (EC) No 2092/91 in a list of bodies operating in third countries or authorised to carry out inspections on the importers from third countries.

Examples of such bodies are the Swiss Bio-inspecta that operates in Albania, Serbia, Croatia and Kosovo. In Albania this body collaborates with Albinspekt, the first Albanian inspection and certification agency authorised to issue valid certificates on EU markets.