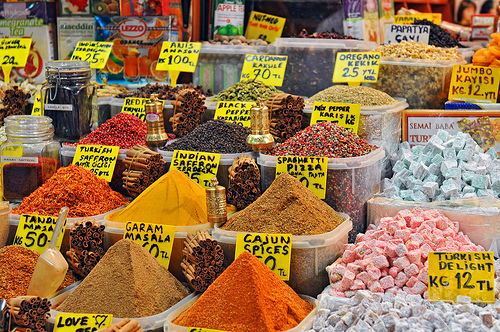 Political and religious satire in Turkey. The old humour tradition, popularity among the masses, legal controversies. Our interview with Metin Üstündağ, cofounder of the humour and satire magazine "Penguen"

Turkish satirical humour magazines, during their long history, have undergone several changes, but they have always remained a key to understanding the country’s social and political climate.

Humour magazines are an instrument for openly criticizing authority, breaking social and sexual taboos or simply making fun of society. However, the magazines also reflect the many contradictory realities of Turkish society: according to many satirical authors, this social diversity serves as a resource for many smiles.

The first satire and humour magazines in Constantinople appeared during the second half of the 19th century. The magazines were inspired by contemporary French and English drawings. They marked the passage from oral to written humour traditions and also expressed the main political, moral and religious concerns of the Ottoman multiethnic society.

In 1870, Ottoman-era journalist Teodor Kasap and the writer Namık Kemal founded the periodical Diojen (Diogene). In later decades, it served as a model for Turkish humour magazines. First published in Greek, then in French, Turkish and Armenian, the magazine had texts and cartoons(one of the cartoons portrayed Diogene asking Alexander the Great not to take the sun away from him). Kasap had defined the Sultan Abdülhamid II as “a caricatural type” even before the sultan ascended to the throne. Kasap’s satirical work caused him to be imprisoned and then exiled.

Between 1908 and 1914, during the temporary reintroduction of freedom of expression, magazines and daily newspapers, including humour magazines, thrived and multiplied. Considering only magazines written in Turkish and Armenian, fifty Turkish language magazines and eighteen Armenian magazines were published.

After 1914, Ottoman identity gradually gave way to Turkish identity. The birth of the Republic in 1923 and later reforms sought to cut the connection with Ottoman civilization. This objective was pursued, among other ways, by ridiculing Ottoman pastimes, as Salih Erimez did in his cartoons, published in the early 1940s in the Karikatür magazine.

Generally speaking, however, humour magazines dating back to the first 40 years of the 20th century mainly sought to entertain their readers and did not touch political and social issues. Thus, the publishing of Marko Paşa in 1946 had an explosive effect.

In the context of a country crushed by the single-party regime of İsmet İnönü (Pasha), Marko Paşa became a voice of the leftwing opposition and expressed the people’s discontent through an unusual kind of humour and a fresh language, directly taken from oral speech. The Turkish satire icon Aziz Nesin (died in 1994) and writer Sabahattin Ali founded Marko Paşa, which sold up to 70,000 copies, a record for those times. The authors (Nesin, Ali, cartoonist Mim Uykusuz and other authors) were persecuted and imprisoned several times, and finally the magazine had to be closed. However, this did not prevent the magazine from being republished under different names whenever the opportunity arose. Until 1950, the Marko Paşa was reincarnated as Merhum Paşa (The Deceased Pasha), Malum Paşa (The Usual Pasha), Bizim Paşa (Our Pasha), and other names.

Another fundamental development in Turkish humour magazines is Gırgır by Tan and Oğuz Aral. First published in 1972, this magazine sold up to 600,000 copies each week and was a real member of the mass media for those times. The magazine had a secular, anti-Soviet perspective and used the slogan: “Gırgır stops financial problems, and boredom, heals broken hearts and restores broken marriages. Gırgır: a cure for all illnesses.” The slogan indicated the apolitical stance of the magazine. Only after the 1980 military coup did the magazine became an instrument of opposition and was forced to close after two years.

Gırgır was also an important school for today’s senior cartoonists. After having left Gırgır, these cartoonists created their own humour magazines. The most important magazine, Limon, was founded in the first half of the 80s and was openly leftwing. Limon was mainly an instrument for political opposition, but it also bravely tackled some social taboos, such as depiction of violence and pornography.

Reading humour magazines is a widespread phenomenon, especially among young urban residents from 10 to 35 years old. As a result, the magazines focus on the interests of those in that age range and vary from sex to making fun of clichés and social customs. Animals often talk: sheep complain of being considered only during sacrificial celebrations or chicks ask their mother when they will be taught to fly. The magazines’ cartoonists and authors average 25 years old.

Depicting the prime minister or other politicians can be grounds for being taken to court because of causing offence, as happened with Penguen in 2005. The magazine had expressed its solidarity with a cartoonist of the daily newspaper Cumhuriyet, who had portrayed a cat with the head of Prime Minister Tayyip Erdoğan. The prime minister subsequently sued. In solidarity, Penguen created a calendar, The World of the Tayyips, in which Penguen cartoonists drew different animals, each with Erdoğan’s head. The Supreme Court dismissed the accusations. However, on another occasion, the court ordered Penguen to pay 5,000 Turkish liras to former Minister of Culture Atilla Koç, who was labelled in the magazine as “Minister of Wasted Time”.

Osservatorio Balcani e Caucaso talked about Penguen with one of its founders, Metin Üstündağ (Met Üst).

Why is your magazine named after a penguin?

The symbol of our magazine was drawn by Selçuk Erdem [another co-founder of the magazine, together with Erdil Yaşaroğlu and Bahadır Baruter, ed.]. This is a penguin trying to build wings to fly and is a metaphor rich in meaning. The bird is very far away in geography, but very close in spirit.

Which issues do you usually focus on?

We usually focus on political and present-day issues. We each have our own space in the magazine. I tend to portray people in different stages of their love lives.

Penguen is also the voice of young authors of comic strips. I know that each week you also organize a day of workshops for young people wishing to make a career in comic strips. How do you pass along your occupation?

Our tradition began with the magazine Gırgır and our teacher Oğuz Aral. Writers and cartoonists of humour magazines often were the readers of those magazines. The art of cartoons is handed from master to student. With time, the student becomes a master, leaves his old master’s magazine and creates a new one.

Due to some cartoons you have published, Erdoğan’s AKP (Justice and Development Party) sued you twice. How did you react during the two trials? Do you still have problems due to cartoons?

On the one hand, a trial is evidence that you produce high-quality satire; on the other hand, it may have devastating effects from a financial point of view. However, during the process, we were proud of ourselves and confident, because we had worked well. We also understand that we may be sued as individuals. One of my cartoon collections, Pazar Sevişgenleri (Sunday’s Lovers), was immediately withdrawn from bookshops on grounds of obscenity. I was taken to court and later acquitted. We are used to this kind of things.

Can you talk just about everything? Do you sometimes impose self-censorship on yourselves? Turkey is a Muslim country and has a well-rooted humour tradition. Is it possible to make fun of religion?

We can depict just about anything we want. The only rule we have set during the Gırgır period and which is still valid today is a sort of unwritten (constitution): we do not publish anything concerning certain personal facts, such as physical impairment, and we do not make fun of the sacred. If you follow this rule, you can depict just about anything. Moreover, we have also created a sort of “secret language” that only we and our readers can understand. Humour knows no barriers or censorship; you can always find a way out. As far as religion is concerned, for example, we publish cartoons depicting the imams or the faithful. Also, the tradition of Bektashi humorous stories plays quite an important role. Turkey has special conditions: Anatolian Islam is more tolerant than Arabic Islam.

It is a widespread opinion that each country has its own sort of humour, which is hard to understand for people of a different culture. Do you think that humour can make different cultures come closer?

Some issues and topics are specific of a particular place. However, it is true that humour helps break taboos and brings people together. A universal aspect of humour is to give voice to political opposition. This is what humour means to us.