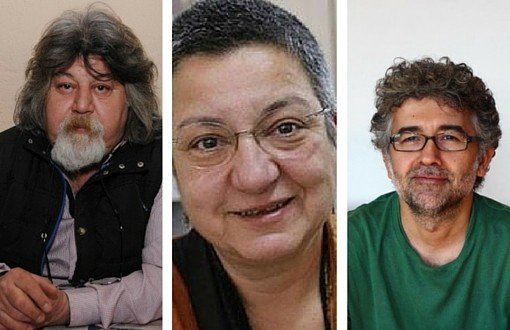 Less than two months after acquittal in the first instance, two journalists and an activist find themselves accused of "terrorist propaganda": Erol Önderoğlu, Ahmet Nesin, and Şebnem Korur Fincancı will have to face the appeal trial

The good news lasted the space of the summer break, until the courts' administrative machine resumed its motions. Erol Önderoğlu, representative of Reporters sans Frontières in Turkey, received the notice on Tuesday September 10th: soon he will have to appear before the Regional Court of Appeal to answer, again, for "terrorist propaganda", "justifying crime", and "inciting crime", after being acquitted of the same charges on July 17th in the first instance trial.

Arrested on June 20th, 2016 and held in jail for 10 days, Erol Önderoğlu, along with colleague Ahmet Nesin and human rights activist Şebnem Korur Fincancı, faced three years of what Önderoğlu himself, in his defense statement last April, defined a legitimate intimidation action: "I regard this trial as a part of an effort to intimidate journalists and rights defenders in Turkey".

In defense of media pluralism, the three had participated in the solidarity campaign for the Kurdish newspaper Özgür Gündem’s, agreeing to become "director for a day". A few weeks later, in August 2016, the newspaper was shut down and the authors of several articles were indicted for inciting terrorism.

In July, Reporters Sans Frontières general secretary Christophe Deloire had welcomed the acquittal in first instance as "an exceptional victory of justice and press freedom in a country where both are violated every day". Now, at the announcement of the appeal presented by the prosecutor, he reiterates: "We are dismayed by the intolerable persistence with which the prosecution is pursuing this case against Erol Önderoğlu and his two colleagues. Their acquittal was a rare demonstration of good sense and offered a glimmer of hope for journalists who have fallen victim to the crackdown in Turkey. By relaunching the proceedings, the authorities are now sending Turkish civil society and their foreign partners a shocking signal of renewed harassment”.

In addition to this trial, Önderoğlu is also involved in the one pending for over twenty activists guilty of showing solidarity with the academic signatories of a petition calling for an end to the army's activities in the Kurdish territories in the southeast of the country. Also in this affair – in which the hearing for the RSF representative is scheduled for November 7th – the accusations of "terrorist propaganda" and "supporting terrorist activity" aim to hit freedom of expression.

"It is a heavy burden for anyone who yearns for democracy to be tried based on their professional activities or solidarity – declared Önderoğlu in April – we are not concerned with being pushed around or harassed by the threats of persecution like the Sword of Damocles. Our concern is for the entire society; it is our concern for the erosion of a sense of justice which holds us all together”.

The news of the appeal by the prosecutor does nothing but exacerbate international concerns about violations of fundamental freedoms in Turkey, a country where 136 journalists are behind bars, just in the days when an international delegation of observers is having a series of meetings. In addition to some reporters, the delegates of IPI , ECPMF – of which OBCT is also a part – and the most authoritative organisations working on press freedom will meet in Ankara the Minister of Justice, the Constitutional Court, and Supreme Court of Cassation.

In the meantime, the mobilisation in favour of Önderoğlu continues with a petition that has collected almost 30,000 signatures since the beginning of the trial.