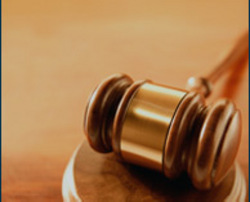 After seven years of legal odyssey, 16 Macedonian journalists won a civil case against the state last month, claiming damages for being subject to systematic wiretapping. The day of the verdict, although greeted in moderate spirit, is still something to rejoice

It is small news perhaps but a big step forward for democracy.

After seven years of legal odyssey, 16 Macedonian journalists won a civil case against the state last month, claiming damages for being subject to organized and systematic wiretapping.

After seven years through the dusty corridors of Macedonian judiciary, and several judges taking up and leaving case, the court finally ruled in favor of the plaintiffs. Each of the journalists should get 6.000 euro damages for having suffered emotional pain.

"It is not enough" said the reporters and announced an appeal.

The civil damages may be modest, but the verdict, first of its kind, sets a precedent for the future. If one's privacy violated, and there are indications that this goes on at a large scale in Macedonian society, he or she can go to court and ask protection.

"The most important thing is that the case is over. The claimants were awarded damages on grounds previously unknown in Macedonian legal practice", said the councilor to the reporters, Mr. Dimitar Dangov.

"We do feel though, that the damages should be bigger and hence, we shall appeal", added he.

Although it came as a surprise, it is a welcome development, and it involves many big names in Macedonian journalism, the news didn't make big headlines A few modest reports and that was all. Could be that journalists didn't want too much fanfare and boasting over what is essentially a great victory for them. At least symbolically.

It was a mega scandal when it broke out in late 2000. It was called, with proper Orwellian hum to it - "The Big Ear". It was brought to light by president Branko Crvenkovski, at the time leader of biggest party in the opposition, the social democrats (SDSM). At a press conference he presented the transcripts of wiretapped phone conversations of over a 100 politicians, businessmen, and journalists. He said he had received them by an anonymous source. To date, that source remained unknown.

The 2001 conflict sidelined the affair but it revived in 2003 when the office of the public prosecutor indicted the ex minister of interior Ms. Dosta Dimovska and at that time chief of technical operations of the ministry of interior, Mr. Ljubomir Cvetkov. The prosecution said Ms. Dimovska had ordered the operation. The wiretapping was a fact; the technical expertise concluded that the only two subjects in the country which had the equipment for such an operation were the interior ministry and the telecom provider.

As soon as the trial against Ms. Dimovska and Mr. Cvetkov was opened, in what came as a shock to the public, former president Boris Trajkovski used its constitutional powers to pardon the accused.

Mr. Trajkovski justified its action with the motivation to protect a good intelligence official from political persecution and preempting political struggles for control over the intelligence structures in the country. He said evidence of Ms. Dimovska's involvement in the affair was political rather than legal.

It took entire seven years to get a verdict in the first degree. In the meantime the journalists also filed an appeal with the European Court of Human Rights in Strasbourg.

Judge Gordana Jakova ruled each of the plaintiffs to get 6.000 euro for the suffered stress and emotional suffering. Three judges who handled the case before judge Jakova, failed to complete it.

The damages are to be borne by the ministry of interior and the telecom, as the only subjects which could have conducted the tapping.

"The court should reconsider how just is its scale", says Ms. Dijana Mladenovska from daily "Spic", who is one of the claimants. "If president Crvenkovski and Mr. Hari Kostov (former prime minister and one of the biggest bankers in the country) could get damages of 25.000 euro each, in a very expeditiously handled case, for a simple newspaper article how can we accept these damages?

President Crvenkovski and Mr. Kostov sued for slander weekly "Focus" over an article which claimed they had secret bank accounts abroad. Focus was quickly found guilty of slander and had to pay damages.

"The fines journalists have to pay are three times bigger than what we got as damages for having been wiretapped", complained Ms. Mladenovska.

Although there is a verdict, the entire scope of the affair will remain unknown. Some of the crucial evidence the court used can not be available to the public because it is considered state secret.

It is more than it is credited for. It shows that it can be done. In the long term, its effect will be important. It is a big step in protection of civil rights; people who have been ordering and conducting wiretapping over the years without any fear of prosecution, will have to think twice; and it is a victory for media freedom.

Despite the fact that they experienced a real boom over the past ten years - 5 national and 50 local channels, 160 radios, and 20 newspapers - media in Macedonia are not seen as free. The annual Freedom House report found media in Macedonia to be partially free, ranking it together with Bosnia and Herzegovina. Countries from the region whose media are even less free than Macedonia's are Albania and Turkey.

According to Freedom House, the reasons for this include: close alignments of private media with business and political interests; government influence over public media; pressure over journalists which results even with cases of imprisonment one case of Mr. Zoran Bozinovski.

Freedom House finds the great media density, given Macedonia's small size, which according to them results with smaller revenue and low professionalism, to be a weakness rather than strength.

"The state of the media observed by Freedom House is something which we are very familiar with, and that perpetuates. The close ties between business interests, politics and the media remain.", says Mr. Robert Popovski, president of the Macedonian Association of Journalists.

"The biggest problem with Macedonia media is ownership.", says Mr. Erol Rizaov, editor in chief of daily "Utrinski Vesnik, " Out of five national TV channels, three are owned by political party bosses, one by a large oil company, and one is an unreformed public service".

As for the print media, the three largest dailies are owned by a large German media conglomerate, Waz.

There are days for gloom, but also days for cheer. The day of the verdict, although greeted in moderate spirit, is still something to rejoice.