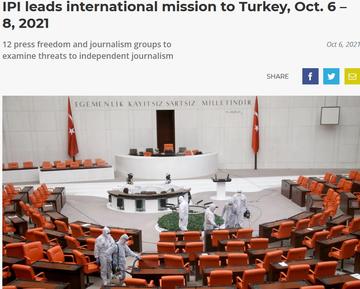 A coalition of international press freedom and journalist groups will carry out a three-day mission to Turkey this week to investigate serious, continued threats to independent journalism in the country.

The mission will hold a press conference at 16:00 Turkey time (15:00 CEST) on Friday, October 8 to share the results of the meetings and the partner organisations‘ analysis of the state of press freedom in Turkey. The press conference will also be held online . The conference will be held in Turkish and English with interpretation for online participants.